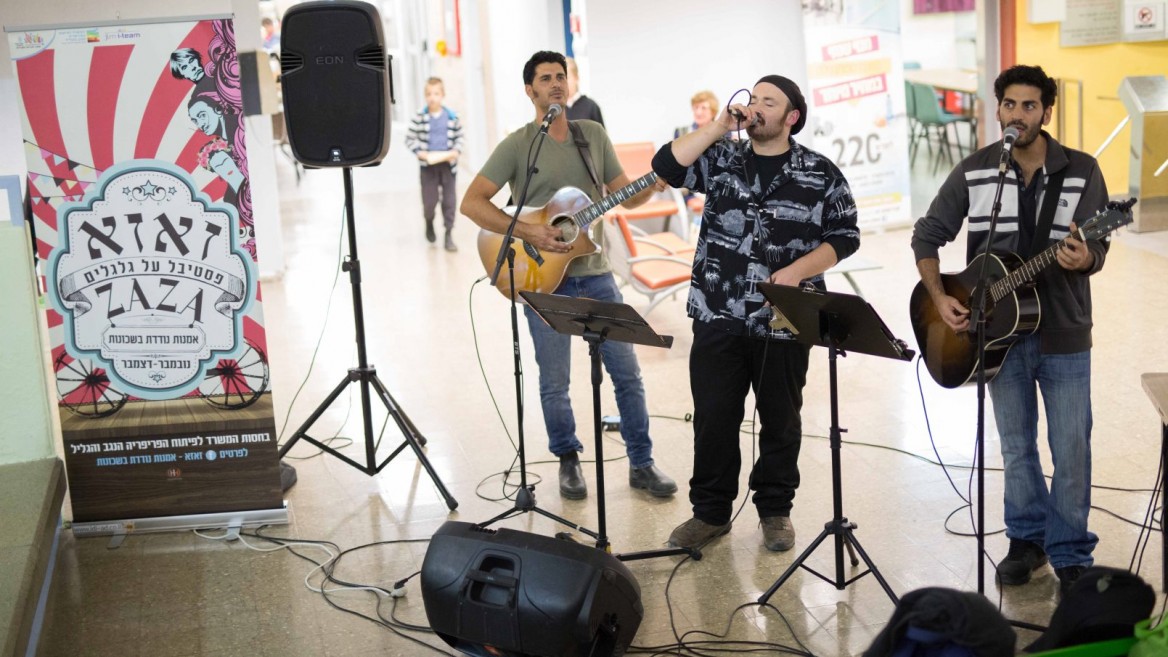 Pritzat Disk performing at the Zaza: Festival-on-Wheels in the Jerusalem neighborhood of Gilo, November 16, 2016. Photo by Maxim Dinshtein

The problem is that a significant portion of the population doesn’t know about all that cultural content or doesn’t know how to access it.

Throughout November and December, specially designed “content-mobiles” are visiting 16 ultra-Orthodox, Arab and mixed secular-religious Jerusalem neighborhoods. A total of 50 events are planned as part of Zaza, aiming to reach some 5,000 Jerusalem residents from all socioeconomic levels. In case of inclement weather, the shows are moved inside local community centers. 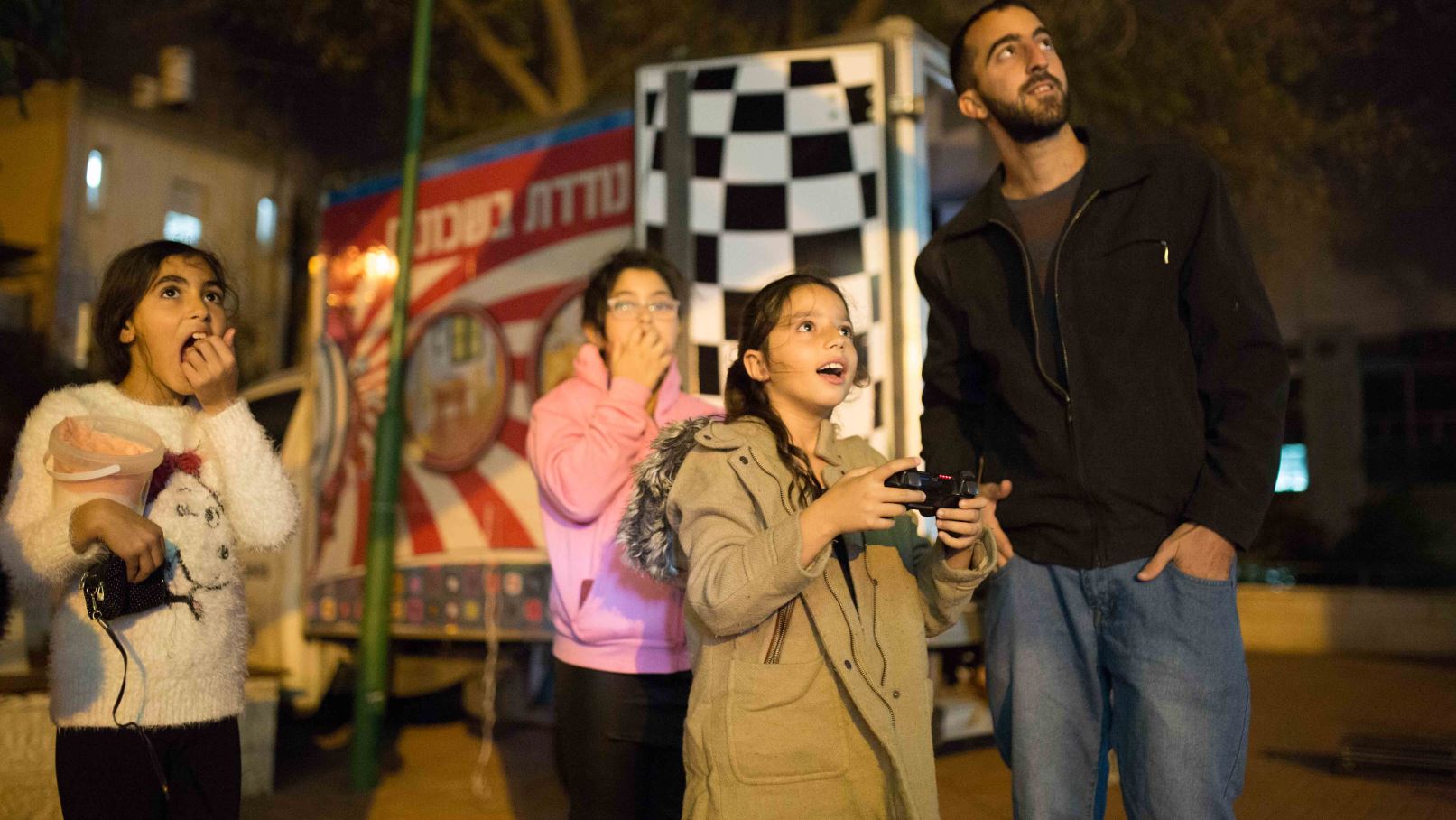 Sharone April, director of Jerusalem i-team, says Zaza is the first festival of its kind in Israel and, as far as she knows, in the world.

“When we researched the idea, we saw that there are mobile activities around science and food but nothing quite like our concept,” she tells ISRAEL21c.

She believes this concept could work well in many other places trying to remove obstacles to the consumption of culture.

“Jerusalem is very representative of what can work in the world,” April says. “The city has a very diverse population in terms of ethnicity, geography and socioeconomics. What’s appealing is that these pop-up festivals are relevant for everyone and overcome all barriers to culture and art. We have the institutes but we know not all populations are going to them, so we make them feel invited in their own environment.”

Just as pop-up stores and restaurants introduce something new to a particular area long enough to spark interest, Zaza (Hebrew slang for “on the move”) introduces underserved populations to joyful, colorful content in a non-threatening way on their home turf, says April.

“It’s relevant also for suburbs in the United States and small cities in metropolitan areas of Europe and the Far East,” she says.

Content providers for Zaza: Festival on Wheels all are Jerusalem-based and include the Djanogly Visual Arts Center, the Train Theater’s Autobuba, the Bloomfield Science Museum and the Oman Visual Arts Center for the Haredi Public, among others. 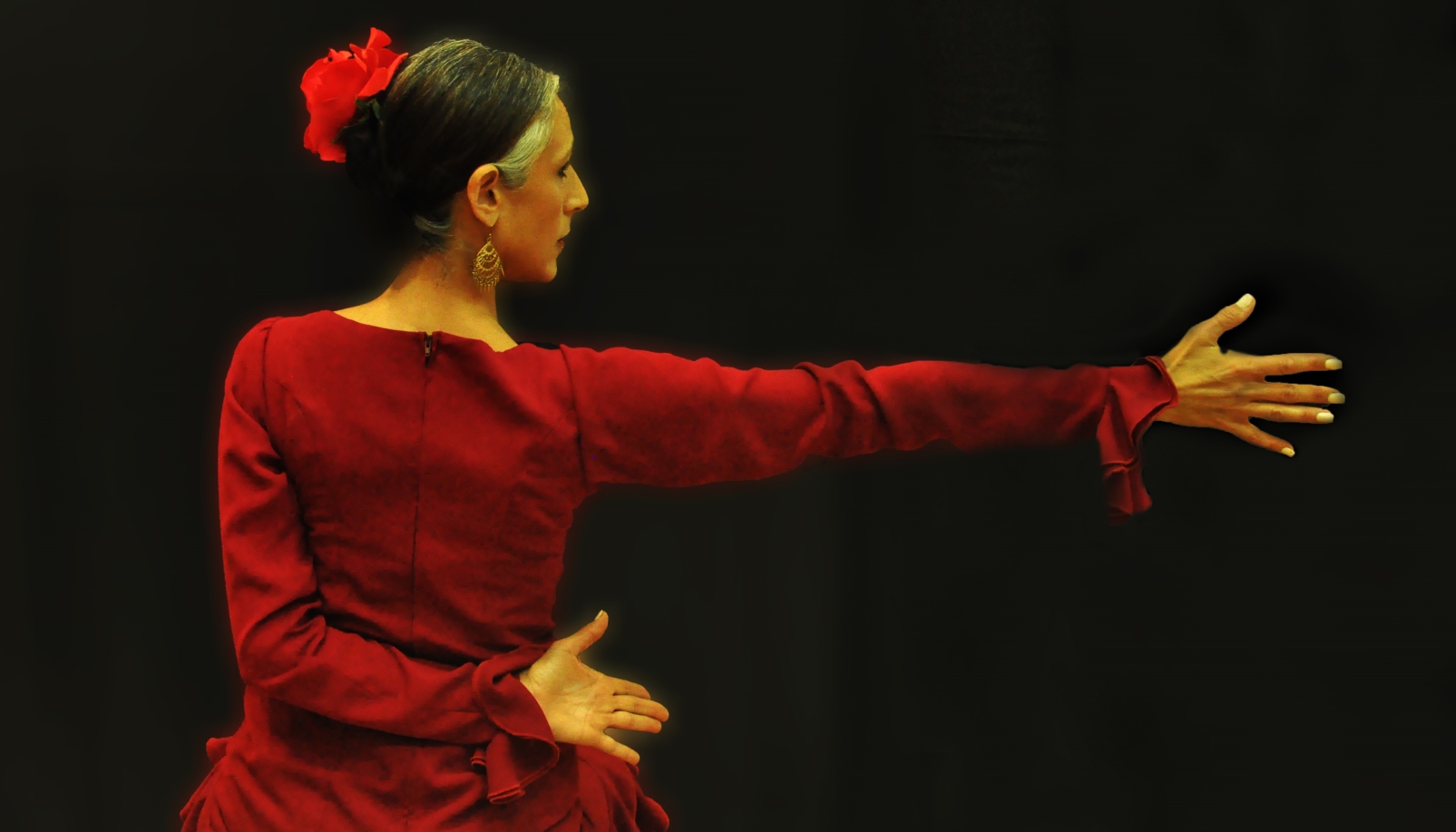 The Flamenca Studio is taking part in Zaza: Festival-on-Wheels. Photo by Mazal Levy

Zaza is organized by the municipality’s Culture and Arts Division and supported through a unique collaboration between the Ministry for the Development of the Negev and Galilee and the Jerusalem municipality, on a slim budget of NIS 380,000.

“The way the JLM i-team works is proof-of-concept,” April explains. “Social change and organizational impact take two to four years to be successful, so we’re testing ideas. If Zaza is successful we’re sure it will become something that happens on a regular basis.”

Jerusalem and Tel Aviv are the only cities outside the United States where Bloomberg Philanthropies has established its three-year innovation initiatives addressing urban economic development using data-driven short processes with maximum impact, innovation within existing bodies, and inter-departmental and inter-organizational matchmaking.

“People and businesses are our focus, including how to make public spaces more sharable for local populations,” says April. “We saw that in Jerusalem there’s a lot of focus on infrastructure but not enough activity connecting the public to public spaces. Mobile activities let everyone enjoy the cultural richness of the city’s institutions.”