The Maccabiah Games in Israel this summer included surf lifesaving competitions for the first time ever.

Paul Hakim, founder of the nonprofit Israel Life-Saving Federation (ILSF), who spearheaded the historic debut, said the event helped score a few additional wins that will keep Israelis safe in the water.

About 40 to 50 people drown in Israel every year — and half of them are children. Since the start of Israel’s beach season in April, 20 people have drowned and many have been left in critical condition.

The goal of ILSF is to prevent drownings through education and practical courses.

Hakim, a 60-year-old Australian who has lived in Israel for the past 30 years, said that about 100 people participated in the Maccabiah lifesaving competitions.

Events included individual and team running races on the sand, swimming, and board-paddling to rescue someone at sea in the shortest amount of time.

Lifeguards on jetskis patrolled the sea to make sure contestants were safe and Magen David ambulances were standing by in case of mishaps. 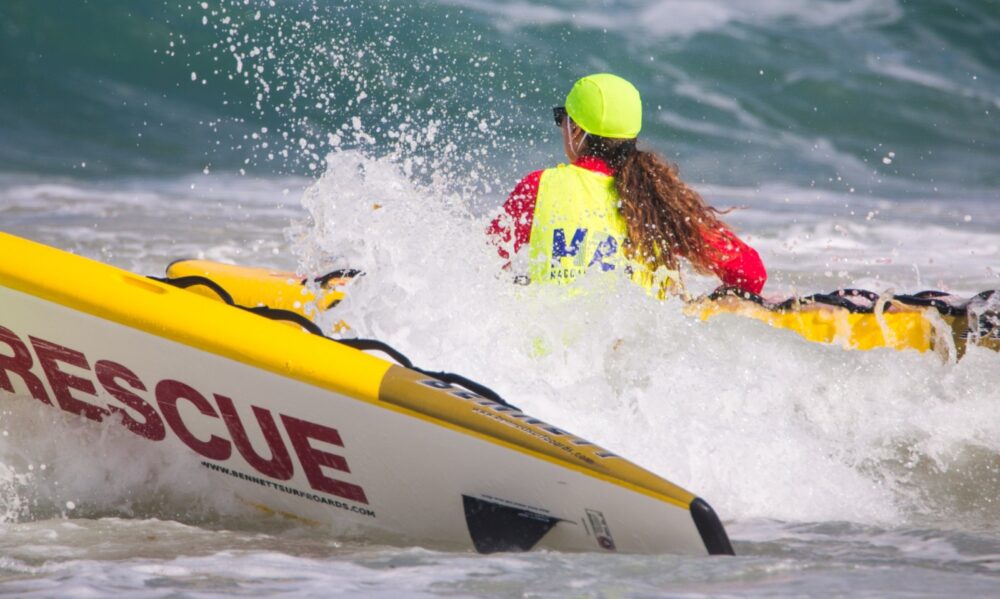 “There were challenges,” Hakim tells ISRAEL21c. “There were jellyfish and rough currents. One contestant’s rescue board broke in the middle of the competition because of the surf.”

But that is the nature of the sport, he said, “because it is a sport that is reliant on nature.” 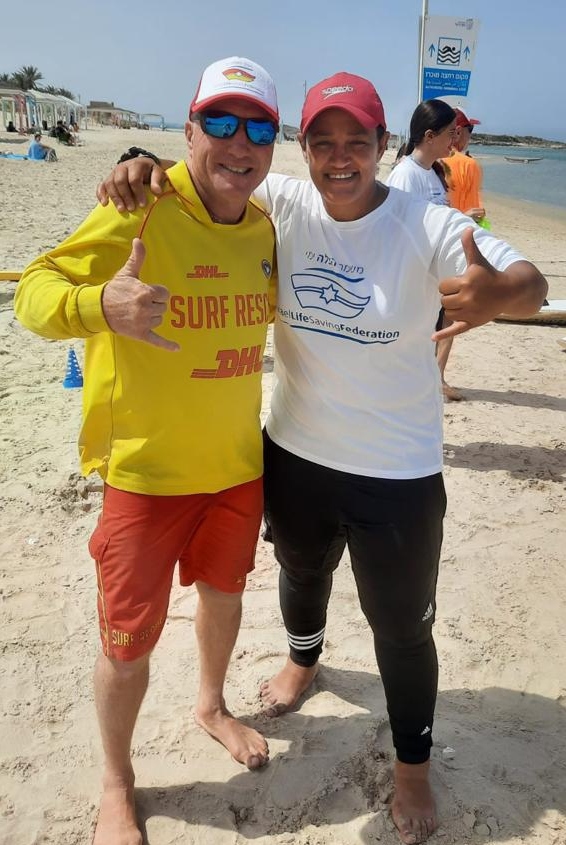 Paul Hakim with Hamami Gamel, director of Surf for Peace, on the beach in Jizr el Zarka. Photo courtesy of ILSF

The surf lifesaving events drew contestants from around the world along with Israelis, including some from the Arab coastal town of Jisr az-Zarqa. The winning teams were from Australia, Poland and Israel.

Moreover, an Israeli team was invited to participate in the 2022 World Life-Saving Championships to be held in Italy this fall.

“The referees saw that we’re capable of competing on a world-class level,” Hakim said. 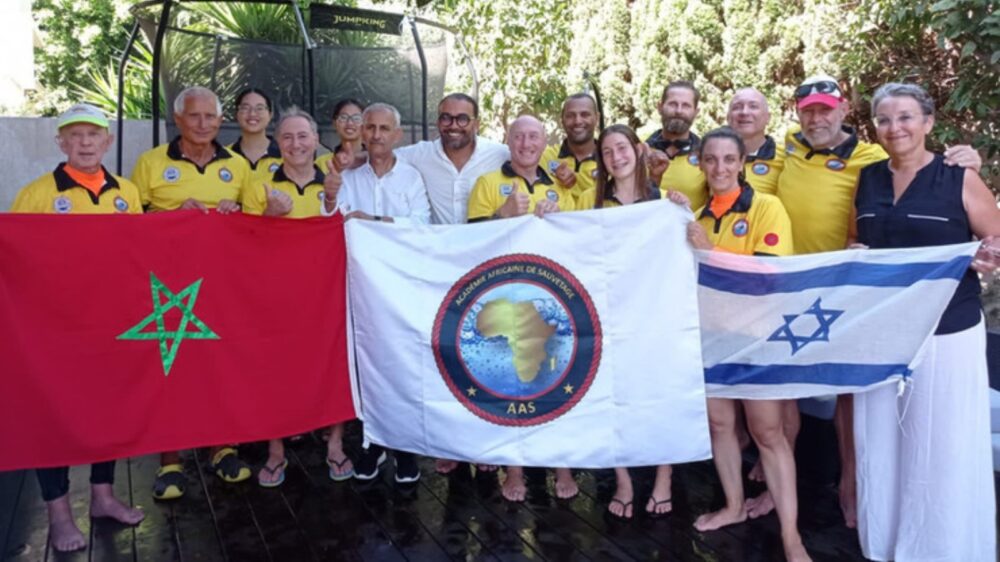 “Our work is not just in Israel but using the concept of lifesaving as a funnel for peace and cooperation,” Hakim said. “We save lives. It doesn’t matter what race, creed, color you are. Life is life and we respect everything.”

Hakim and his brother Danny, founder of the award-winning Budo for Peace, introduced the iconic Australian safe-swimming organization, the Nippers, to Israel in December 2019 when they established the ISLF.

Hakim and other ILSF members have been to the Israeli Knesset four times to try to encourage lawmakers to pass a law requiring all Israeli schoolchildren to complete compulsory swim education. 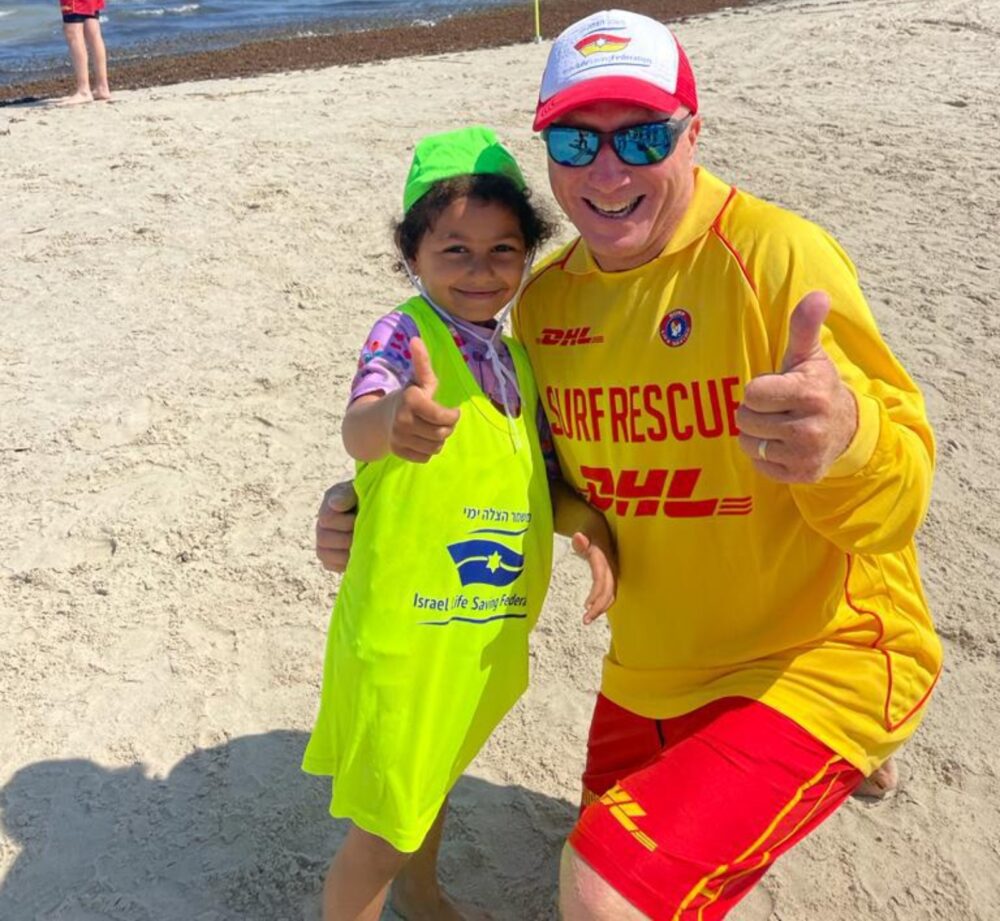 Paul Hakim with a youngster who completed the ILSF lifesaving course in Jisr az-Zarqa. Photo courtesy of ILSF

Due to instability in the government, the law has yet to pass but Hakim remains optimistic. Meanwhile, ILSF representatives travel to schools around Israel to talk about surf-awareness and to give tips about how to identify dangerous waves and riptides.

“The most important thing we tell people is that when they swim, they should stay between the red flags,” he said.

Hakim said that the “biggest problem for Israel is that there are 350 kilometers of coastline, yet only 17 kilometers of beachline that are supervised.”

The other challenge is that most drownings occur after 5pm, when lifeguards are no longer on duty. That’s where the ILSF fits in, he said.

“Through our programs, we train children and adults to be able to prevent drownings if they occur,” he said.

He hopes to organize volunteers to patrol beaches, ready to be first-responders in the water, equipped with their rescue boards — which, he says, “are fast like Ferraris.”

There is a new generation of Israeli lifeguards who have worked in Australia and Costa Rica who understand what ILSF is trying to do, Hakim said.

He is also pleased that surf lifesaving events will be included in the 2032 Olympics to be held in Brisbane, Australia.

“It will be fun to represent Israel back in my home country,” said Hakim, who is from Sydney. “We’re putting Israel on the map.”

“We teach people to be good citizens, to be proud Israelis, to support the community and most importantly, to save lives.”

He said that the organization has leaders who train youth in English, Hebrew and Arabic. What pleases him the most is when Jewish and Arab children get together to learn how to rescue people.

“We’re practicing social integration and the beauty is that we’re including everyone.”