Another summer, another jellyfish swarm at Israel’s Mediterranean beaches.

These invertebrate sea animals with tiny stingers show up every year, usually in July, though some years are worse than others.

And this year is a doozy, reports the Israel Nature and Parks Authority (INPA) after one of its marine units sighted a huge swarm of the slimy stinging creatures off the Haifa coast this week.

INPA blames the massive influx on climate change as well as direct human activities such as digging in the Suez Canal and discharging garbage and sewage into the water. These actions harm jellyfish predators such as sunfish and sea turtles, leaving the jellyfish uncontrolled.

Most of the jellyfish seen in the Eastern Mediterranean are invasive species that reach Israeli waters from the Indian Ocean via the Suez Canal, INPA explained.

Aside from the painful stings they inflict on beachgoers, jellyfish (meduza in Hebrew) gunk up the machinery that brings seawater to cool off Israel’s coastal power stations. 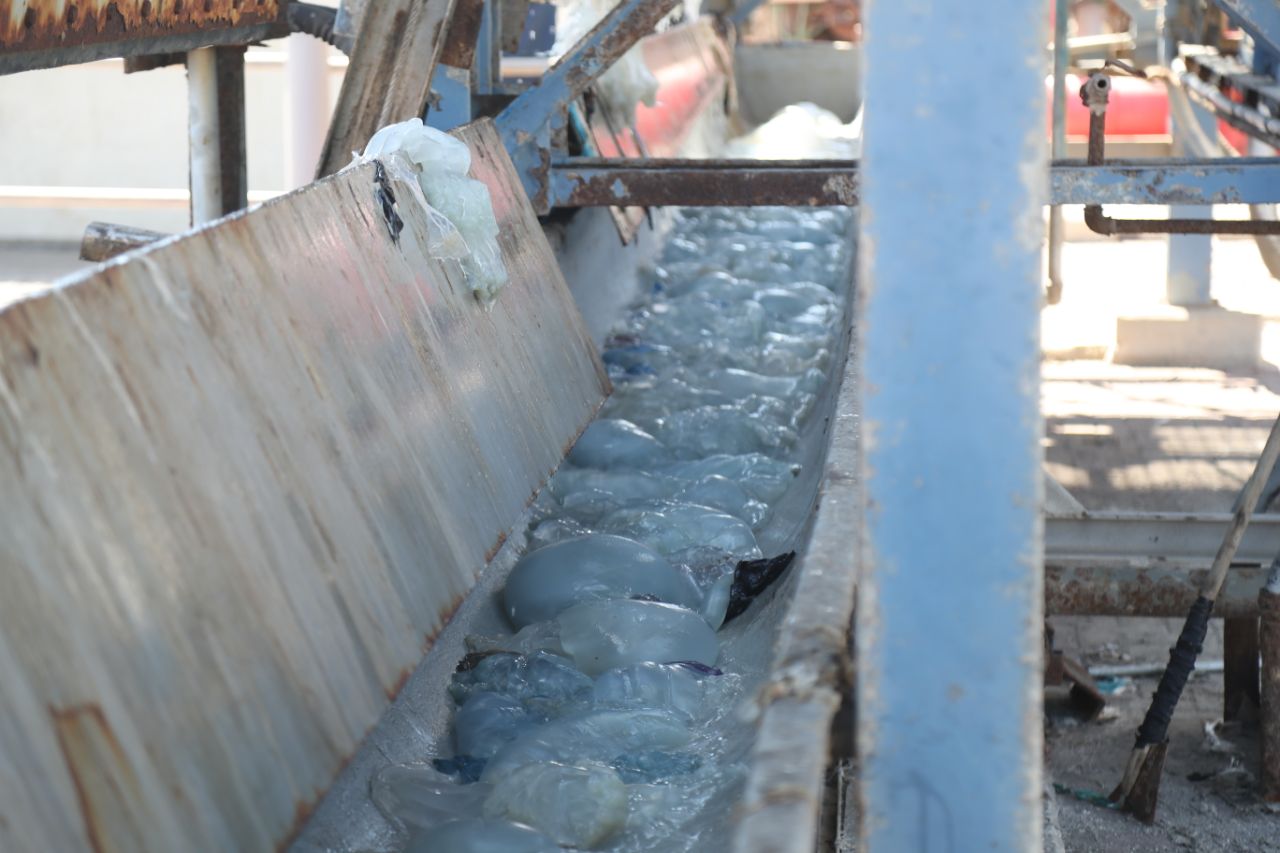 Jellyfish clogging the drains are a real headache for Israel’s electric company. Photo by Yossi Weiss/IEC

Two summers ago, when another unusually large jellyfish swarm invaded Israel, researchers from the University of Haifa’s Leon H. Charney School of Marine Sciences discovered they were larger than usual. 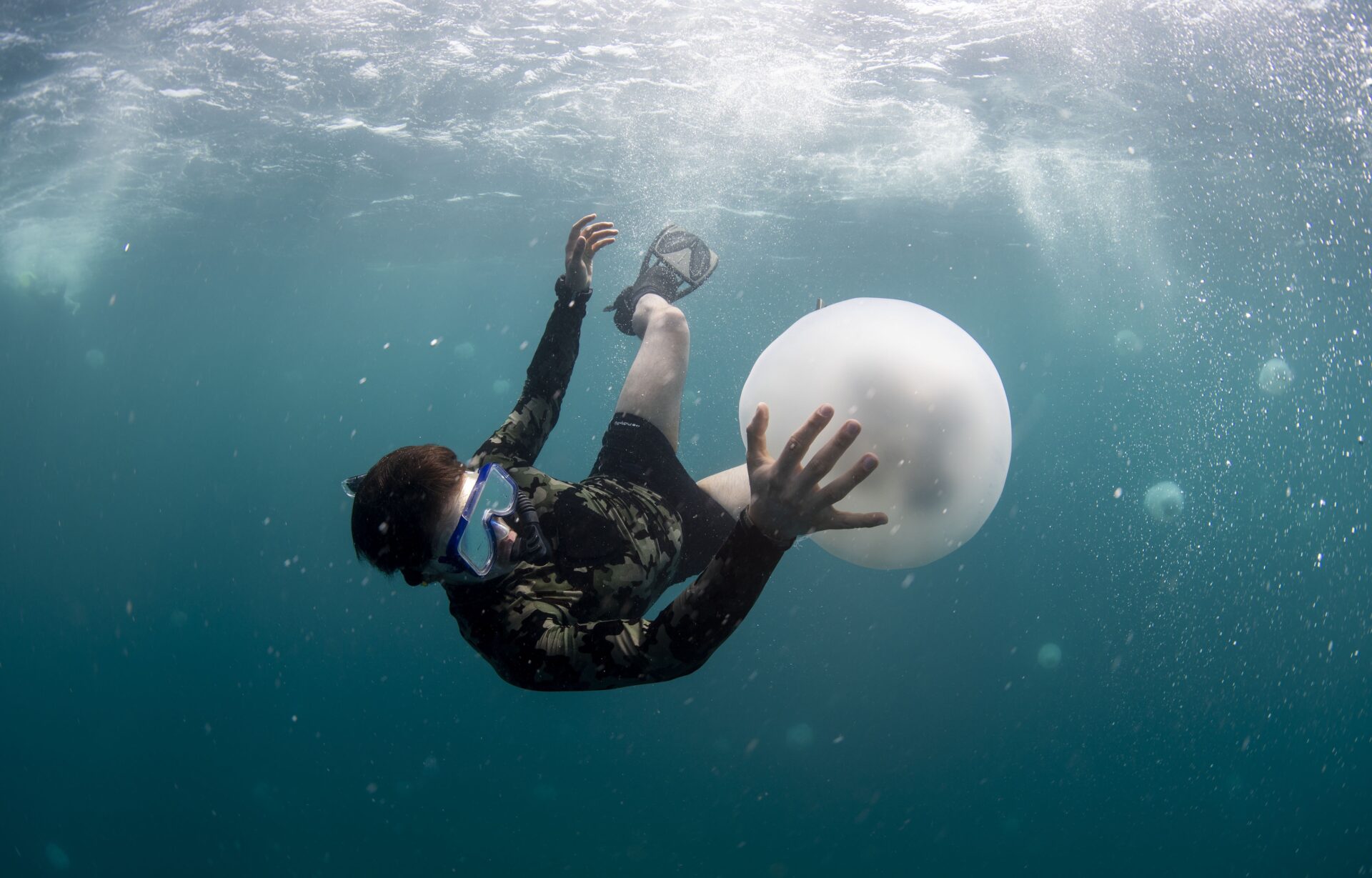 A University of Haifa marine scientist examines a huge swarm of jellyfish off Haifa’s coast. Photo by Hagai Nativ

Prof. Dror Angel theorized that their size was related to an abundant diet caused by a domino effect kicked off by a rainy winter. The runoff reaching the sea provided a lot of nutrients that fed algae; which were eaten by small plankton herbivores; which were a yummy dinner for the jellyfish.

The university’s marine scientists are hoping that jellyfish can somehow be used for a positive purpose, such as to help reduce microplastic pollution in the water.

So if you’re at the beach in Israel, be very careful of the white blobs that could give you a nasty sting.