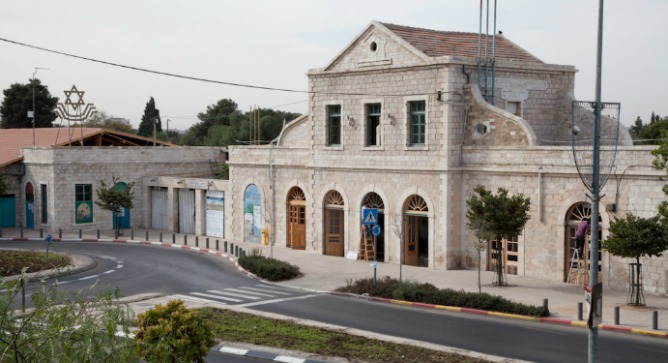 In the late 1800s, the introduction of the Jaffa-to-Jerusalem rail line revolutionized travel in the Holy Land. And from 1892 to 1998, the solid stone Ottoman structure at the junction of Jerusalem’s German Colony, Baka and Abu Tor neighborhoods served as its eastern station house.

But when the trains stopped running to downtown Jerusalem, the building fell into disrepair and the rail yard behind it was left to the weeds. Several ideas for repurposing this prime location were floated over the years, and finally the venerable venue will be getting a new life this spring.

Renamed The First Station, the 130-year-old Israel Railways property is to be a new culture and culinary hub in the capital city. 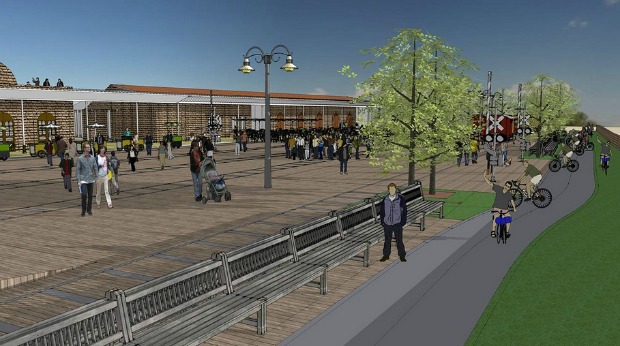 A drawing of the complex to open in the spring.

There will be an adjacent bike path linking The First Station with Train-Track Park, a walking and cycling promenade under construction by Israel Railways and the Jerusalem municipality.

The NIS 35 million ($9.3 million) train station refurbishment is financed by the municipality through its Jerusalem Development Authority in addition to business owners and the same private investment group that transformed the station house at the other end of the line — Tel Aviv-Jaffa’s Hatachana — into a chic complex of cafés and restaurants, designer shops and art galleries.

Both buildings were designed in classic 19th century European and German Templer style, the Jerusalem one of limestone and the Jaffa one of sandstone because those were the local materials available.

As they did in Jaffa, the investors have pledged to work with preservation architects to retain the façade and footprint of the original building. According to their agreement with Israel Railways, they will operate The First Station for 10 years and then it will revert to the company.

But it’s a good bet that the venture will be successful enough to continue as is, because it provides another anchor for the already rich cultural offerings in this historic area of Jerusalem not far from the Old City.

Right across David Remez Square is the Khan Theater; down the road is the Jerusalem Cinemateque and the Menachem Begin Heritage Center; the Jerusalem Theater is a 15-minute walk’s distance; and the Sherover Cultural Center is now being built in Abu Tor. 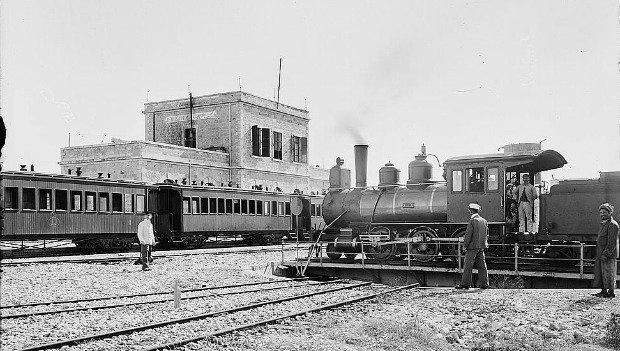 Here is how the old station used to look.

Mayor Nir Barkat is banking on this new site to shore up Jerusalem’s reputation in the non-religious sphere. Except for kosher eateries that are branches of national chains, everything in The First Station will be open on Saturday – as is the Cinemateque but not much else in the capital city.

“The mayor made this decision a long time ago after considering all sides, and he does not want to hurt or offend anyone,” project spokeswoman Gili Katz tells ISRAEL21c. Barkat’s intention, she adds, is to give secular and non-Jewish residents and tourists in Jerusalem something attractive to do on Friday nights and Saturdays.

It goes without saying that the mayor – and the investors – also intend for The First Station to become a popular new destination for all of Jerusalem’s diverse populations of culture-seekers, whether they are residents or visitors. And it is not only meant for adults; children’s activities are to be part of the regular schedule of events at The First Station.

UNCOVER ISRAEL - Get the ISRAEL21c
Weekly Edition free by email
Sign Up Now!
Bring Israel's story to life.
Millions of people around the world rely on us to gain a deeper understanding of Israel. We are the trusted source for original content you won't find anywhere else.
You can make a difference. Donate today to support journalism that brings Israel’s story alive.
SUPPORT ISRAEL21c
Read more on:   Travel, See Israel, Jerusalem, old train station, The First Station