The sight of half a billion birds stopping off at Agamon-Hula Lake nature and ornithology park during their twice-yearly migration journeys is astonishing.

Now, viewers around the world can witness the live bird scene in Israel without even leaving home. 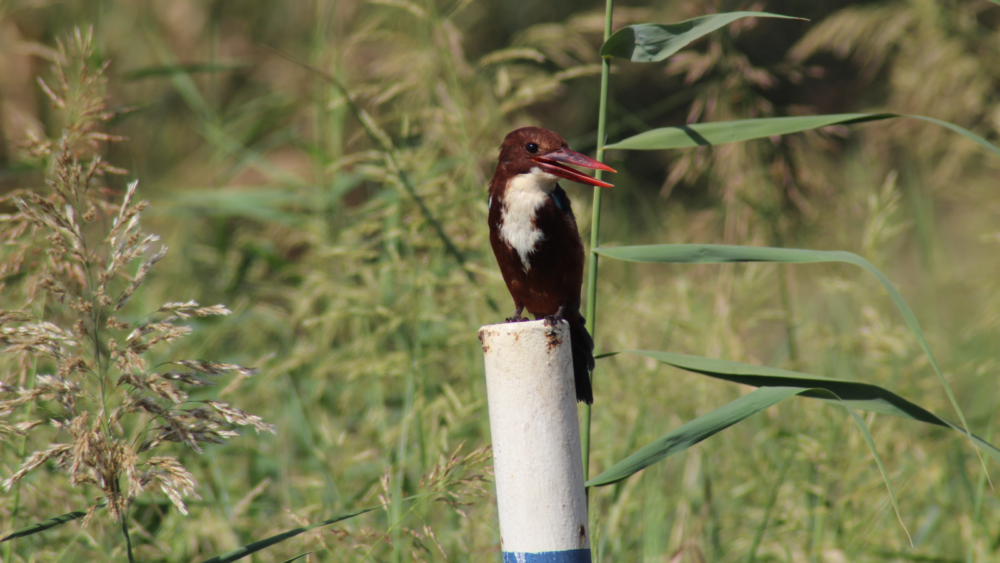 A kingfisher at Agamon-Hula nature and ornithology park. Photo courtesy of KKL-JNF

Keren Kayemeth LeIsrael-Jewish National Fund (KKL-JNF) has just completed installing a network of HD cameras in eight spots around the lake, making it possible for bird-lovers to tune in and watch these outstanding sights.

Avishay Mizrachi, director of communications and technology at KKL-JNF, said the Hula Lake area contains “5,300 square meters and no infrastructure, no electric outlets and no links.”

Technicians had to set up several kilometers of optic fiber and wireless systems, using solar energy to supply enough power to keep the live cameras going 24/7.

Sunrise is when the action starts

The Hula Valley in northern Israel has abundant fresh water and is the perfect pit stop during bird migrations along the Syrian-African Rift Valley between Asia, Europe and Africa. 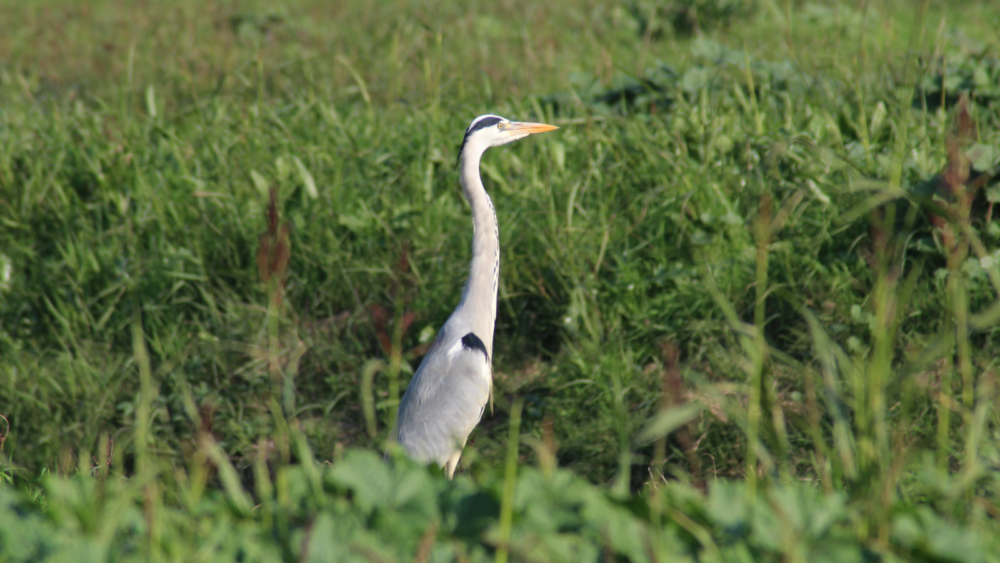 A lone heron at Hula Lake. Photo courtesy of KKL-JNF

Birds that stop here to rest and eat in the autumn and spring migration seasons include thousands of storks and cranes. About 390 bird species have been spotted in the valley.

And thousands of birds choose not to move on, but to settle there during the winter.

Mizrachi, a photographer of birds and also a birdwatcher, said the best time to watch the birds is at sunrise and sunset.

“That’s when the action starts,” he said. He enjoys tuning into the lagoon, where there is a herd of 50 buffalo that bathe in the water along with the birds. 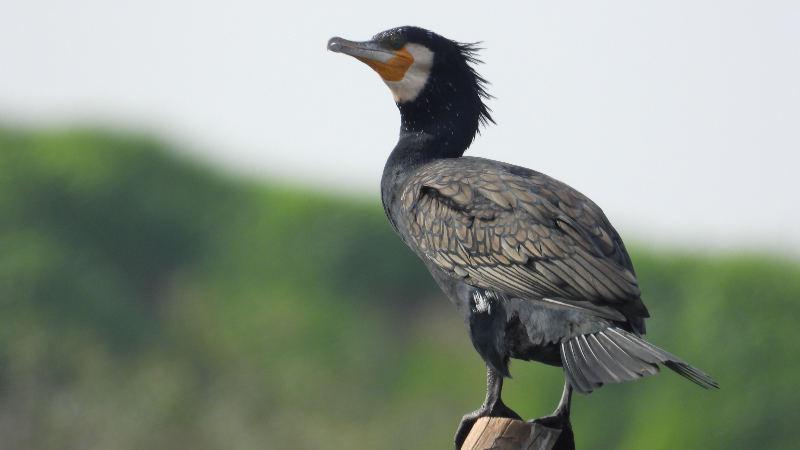 A cormorant in the lagoon at Hula Lake. Photo by Avishay Mizrachi/KKL-JNF

The beauty of the live cameras, Mizrachi said, is that it doesn’t matter how much traffic there is on the site.

Come the fall migration season beginning in September and ending around mid-December, when it is estimated that 500 million birds will touch down in the valley, he expects thousands of people worldwide to tune in, and there is no limit to the number of watchers. 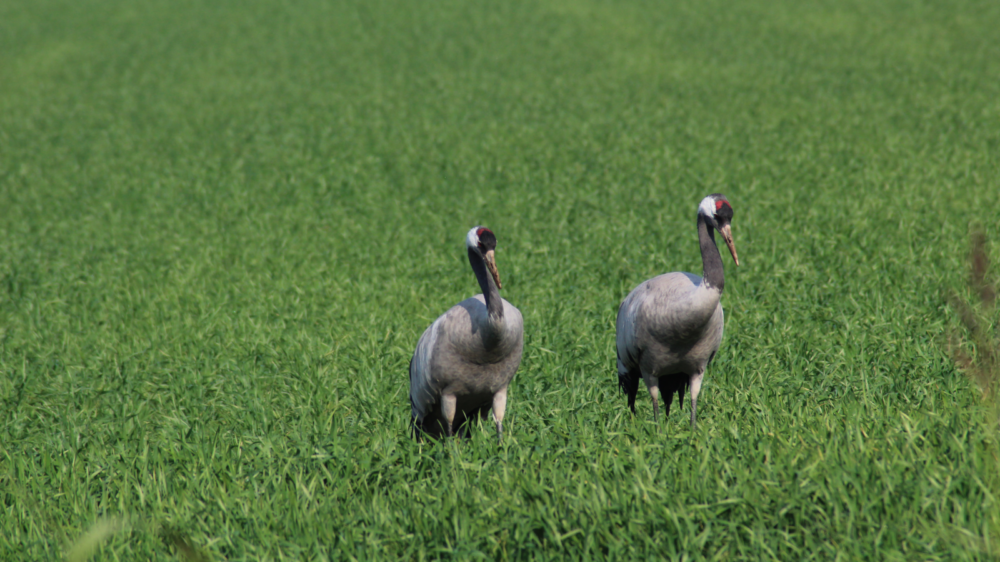 A pair of cranes at Lake Hula. Photo courtesy of KKL-JNF

Here are links to the different sites being broadcasted:

Cranes’ Birdwatching Spot: This live feed overlooks the landing site of tens of thousands of cranes that visit Hula Lake during migration season. Through the feed you can see the cranes eating, performing their famous mating dance, and more.

The Lagoon: Get a view of the lagoon rich with birds and growth. Some of the species to be seen are cormorants, pied kingfishers (ceryle rudis) and kingfishers (alcedinidae).

Western Shore – South: An excellent birdwatching spot across the lake at the water level on the western side.

Buffalo: Thanks to this live-feed camera placed in front of the living area of the great buffalo herd at Hula Lake, viewers can see dozens of buffalo alongside many bird species.

The Tower: A live-feed camera placed at the top of an old watchtower provides a panoramic view of the lake. 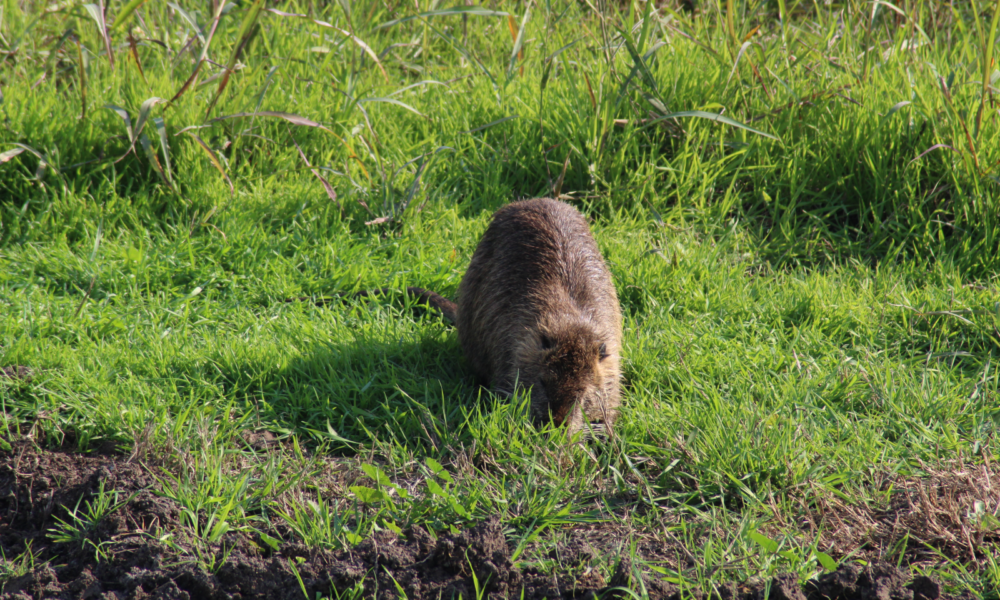 This is a nutria, also known as a coypu or swamp rat, a large rodent that lives in Agamon-Hula nature park. Photo courtesy of KKL-JNF

Western Shore – North: This water-level observation spot provides an overview of the many water birds and their activity.

Pelican Birdwatching Spot: Pelicans arrive during the migration season too, and this camera also provides a view of the bee-eaters wall, which is full of birds during the spring and early summer.

Click here for the link to the Hula Lake live feed.