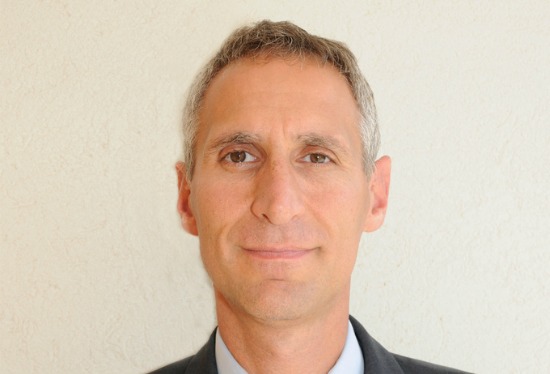 Last year, about 44,000 Americans were diagnosed with pancreatic cancer, a notoriously resistant cancer to treat and the fourth most common cause of cancer-related death for men and women.

The prognosis for these patients could improve drastically if a compound developed by Israel’s Tiltan Pharma continues to succeed in clinical trials.

The compound, dubbed TL-118, comes from the labs of the Hebrew University of Jerusalem. It’s now undergoing its second phase of tests after proving effective against pancreatic tumors first in mice and then in more than 100 humans.

Chief operating officer Dan Goldstaub explains that the company’s approach is based on a relatively new understanding of how cancerous tumors grow. Through an abnormal process called angiogenesis, the tumors “recruit” blood vessels from neighboring tissue. Anti-angiogenic therapy is a revolutionary approach aimed at disrupting this process by blocking the tumor’s blood supply.

“Theoretically, we can treat all solid tumors this way,” Goldstaub tells ISRAEL21c. “However, some tumors are more susceptible to angiogenesis inhibition, and each tumor uses different mechanisms of angiogenesis.”

Several other drug developers have developed anti-angiogenic agents that block a single biological pathway. Tiltan’s approach is more aggressive. “Our product inhibits four different pathways, so even if we achieve mild inhibition on each pathway, the cumulative effect is broader,” says Goldstaub.

This breakthrough came out of a decade of research by Hebrew University-Hadassah Medical School Prof. Muli Ben-Sasson, scientific founder of Tiltan Pharma. Ben-Sasson worked for years with Judah Folkman, the Harvard professor who discovered the process of tumor angiogenesis.

“Dr. Ben-Sasson realized years ago what we now know for certain: that angiogenesis is too complex a mechanism to disrupt with a single agent,” says Goldstaub, “so he came up with the idea of taking a few agents and combining them together. He looked for components of the angiogenic process and searched for drugs already approved for other indications that might inhibit those mechanisms.”

After many attempts, Ben-Sasson hit upon the winning formula for TL-118. Based on preliminary results in animals and humans, Tiltan Pharma decided to test it specifically on people with pancreatic and prostate cancer.

Works together with standard chemo

In pre-clinical trials, TL-118 inhibited tumor growth significantly, compared to the standard-of-care chemotherapy. When it was combined with chemotherapy, it really packed a punch, abolishing the tumors completely in all treated animals.

The Phase 2 study in three Israeli oncology centers will follow the same model. Forty patients with metastatic pancreatic cancer not yet treated by chemotherapy will get the standard chemo. Forty others will have TL-118 added to their regimen as once-daily oral solution.

“We don’t want to deprive patients of their chemotherapy, yet we do need to have a control for comparison, to show that we are better than the standard of care,” says Goldstaub.

Trials have already begun at Hadassah Medical Center and at the Tel Aviv Sourasky Medical Center. Other sites will be added as more participants are recruited. At the same time, about 50 prostate cancer patients are also involved in Phase 2 TL-118 trials in Israel.

The US Food and Drug Administration has given its approval for Tiltan to test TL-118 in the United States, and the compound may also be tested in Eastern Europe soon. This will happen “when we complete another round of investment,” says Goldstaub, a molecular geneticist who previously headed clinical programs for Teva Pharmaceuticals’ Innovative R&D Division.

The small biotechnology company is located on the Givat Ram campus of the Hebrew University and is jointly owned by Yissum, the university’s technology transfer company; its entrepreneurs; and Israeli and Canadian investors. Tiltan’s research and development team includes pharmacists, pharmacologists, CMC (chemistry, manufacturing, and control) specialists and a clinical research associate.

Tiltan Pharma will be one of the portfolio companies of Integra Holdings, now being formed by Yissum. As Goldstaub explains “The holding company allows for financing Yissum’s daughter companies and [simultaneously] allows investors to invest in a whole basket of development companies.”