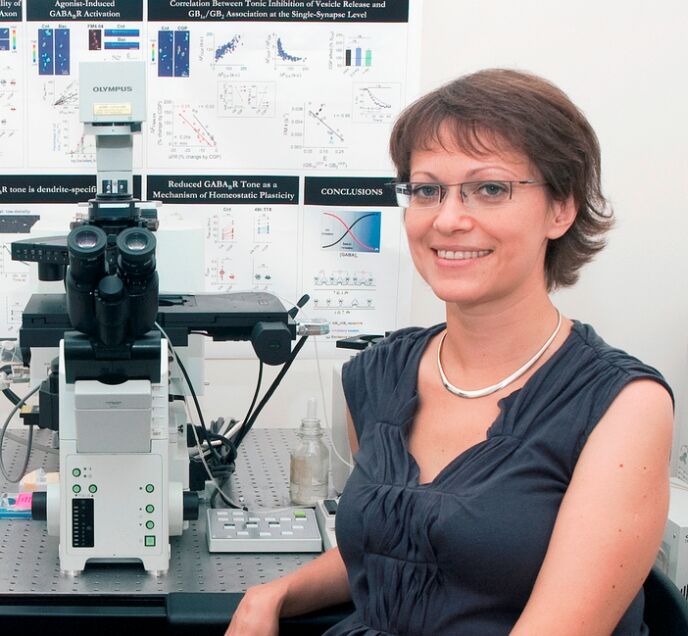 An Israeli research team has announced new findings that link Alzheimer’s disease to brain hyperactivity and says its research helps explain why so many patients of this debilitating disease run a high risk of seizures.

While the amyloid-beta protein involved in the development and progression of Alzheimer’s seems the most likely cause for this neuronal hyperactivity, how and why the elevated activity takes place hasn’t been explained until now.

The study, recently published in Cell Reports, shows that the guilty party in enhancing neuronal activity in Alzheimer’s patients is a molecular mechanism involving the amyloid precursor protein (APP). APP is well-known for its role in producing amyloid-beta. But it also acts as a receptor for amyloid-beta.

Elevated activity in the hippocampus — the area of the brain that controls learning and memory — has been observed in patients with mild cognitive impairment and early stages of Alzheimer’s disease. Hyperactive hippocampal neurons, which precede amyloid plaque formation, have also been observed in mouse models with early-onset Alzheimer’s disease.

Now, the Israeli researchers found that the binding of amyloid-beta to pairs of APP molecules triggers a change and causes elevated brain hyperactivity.

“Our work suggests that APP molecules, like many other known cell surface receptors, may modulate the transfer of information between neurons,” said neuroscientist Slutsky, who last year reported  that bursts of gentle electricity can slow the progression of Alzheimer’s.

With this added piece of the puzzle, the potential for restoring memory and protecting the brain is greatly increased.

The Israeli researchers’ groundbreaking discovery was not made overnight.

The study was actually launched five years ago, following the researchers’ discovery of the physiological role played by amyloid-beta, previously known as an exclusively toxic molecule. The team found that amyloid-beta is essential for the normal day-to-day transfer of information through the nerve-cell networks. If the level of amyloid-beta is even slightly increased, it causes neuronal hyperactivity and greatly impairs the effective transfer of information between neurons.

In the search for the underlying cause of neuronal hyperactivity, TAU doctoral student Hilla Fogel and postdoctoral fellow Samuel Frere found that while unaffected “normal” neurons became hyperactive following a rise in amyloid-beta concentration, neurons lacking APP did not respond to amyloid-beta.

“This finding was the starting point of a long journey toward decoding the mechanism of APP-mediated hyperactivity,” said Slutsky.

They used highly sensitive biophysical techniques based on fluorescence resonance energy transfer (FRET) between fluorescent proteins in close proximity. This allowed them to see that the binding of amyloid-beta triggers a change in APP-APP interactions, leading to an increase in calcium flux and higher glutamate release — in other words, brain hyperactivity.

The mystery of Alzheimer’s is far from being figured out. And the Israeli researchers are not resting on their laurels.

“We have now identified the molecular players in hyperactivity,” said Slutsky.

“TAU postdoctoral fellow Oshik Segev is now working to identify the exact spot where the amyloid-beta binds to APP and how it modifies the structure of the APP molecule. If we can change the APP structure and engineer molecules that interfere with the binding of amyloid-beta to APP, then we can break up the process leading to hippocampal hyperactivity. This may help to restore memory and protect the brain.”

“It will be crucial to understand the missing link between APP and ‘tau’-mediated signaling pathways leading to hyperactivity of hippocampal circuits. If we can find a way to disrupt the positive signaling loop between amyloid-beta and neuronal activity, it may rescue cognitive decline and the conversion to Alzheimer’s disease,” said Slutsky.

For the millions of people living with the disease and the millions more caring for the victims, any further understanding why Alzheimer’s happens is a silver lining in a black cloud.