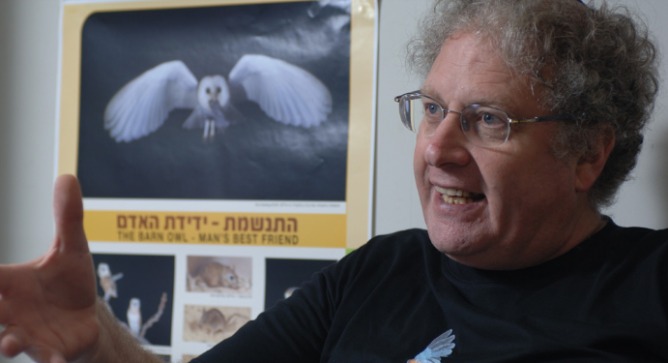 We dare you to keep from grinning when you meet Professor Sancho and other professional medical clowns at Emek Medical Center in Afula.

The wacky professor is among the people you will get to know during ISRAEL21c’s October 20-27 Journey to Israel – Israelis who are making a difference here and abroad in fields from medicine to culture.

Emek, which stands out for the extraordinary coexistence success of its nearly 50-50 ratio of Arab and Jewish patients, is one of many participating hospitals in the Israeli medical-clowning program Dream Doctors.

Thanks to the magic of Dream Doctors like Professor Sancho, Israel is a global model for professionalizing “clown therapy” as a standardized, research-backed healthcare discipline. Its funding organization, the Magi Foundation, helped establish the world’s sole degree program in clown therapy as a paramedical profession, at the University of Haifa. 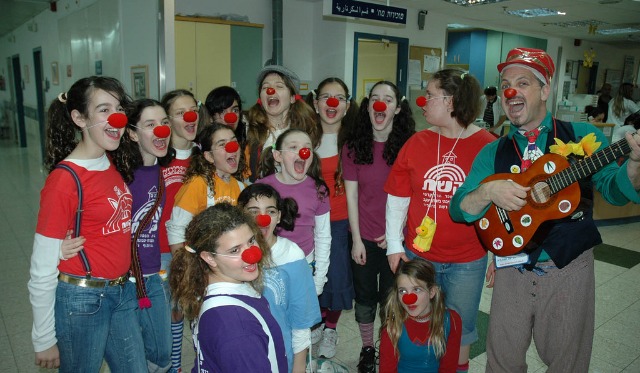 Emek’s chief pediatrician Dr. Yaron Lang demonstrated — in one of many Israeli studies on the wonders of medical clowning — that when therapeutic clowns were entertaining youngsters undergoing a scanning procedure for urinary tract infections, the usual sedation medications just weren’t needed.

The man who flies with the birds

The Journey to Israel itinerary, planned by ISRAEL21c and Keshet: The Center for Educational Tourism in Israel, also provides an opportunity to enter the feathered world of renowned bird expert Prof. Yossi Leshem, director of the International Center for the Study of Bird Migration (ICSBM) at Latrun and resident bird specialist for the Society for the Protection of Nature in Israel.

Leshem, who has been featured by ISRAEL21c for several of his groundbreaking projects, does not have his head in the clouds. You’ll hear him talk about how his work has impacted positively on relations between Israeli Jews and Muslims, and between Israelis and Jordanians.

For example, Leshem’s Yes to Birds program brought together 3,500 Jewish and Arab fourth-graders from Israel’s northern district to learn about the birds in their backyards. In addition to promoting environmental literacy, the curriculum was a platform for dialogue and friendship building between the children and their teachers, and culminated in a music and art event in the Hula Valley, one of Israel’s prime migration spots.

Leshem, whose motto is “Migrating birds know no boundaries,” has forged strong ties with Palestinian and Jordanian counterparts through his project to put barn owl and kestrel nesting boxes on farms on both sides of the border to provide natural pest control.

Among other personalities you will meet is Forsan Hussein, the first non-Christian director of Jerusalem’s International YMCA, a major cultural hub in the city.

Sometimes referred to as the “Israeli Obama,” Hussein is an influential Israeli Arab with degrees from Harvard, Johns Hopkins and Brandeis universities. His work and studies have been dedicated to interfaith dialogue and coexistence projects, including the Abraham Fund, a US-based organization that promotes dialogue and programs to further Arab-Israeli peace.

The Y is the address where international diplomats and activists from East and West Jerusalem meet informally and at high-profile functions, and as such it embodies the unique cultural and religious aspects of Jerusalem. 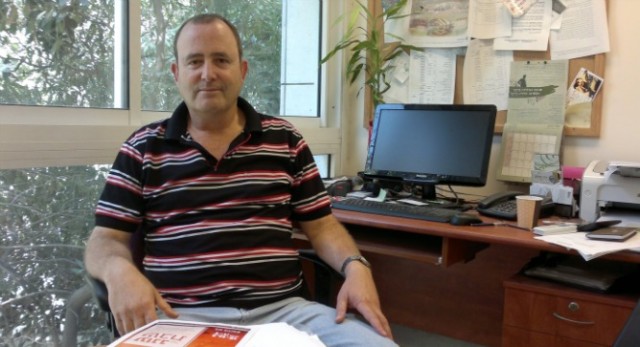 Participants will also meet Shaike El Ami, innovative director of the Ginot Ha’Ir Community Council in Jerusalem. Ginot Ha’Ir serves 50,000 residents with a community-driven itinerary of program offerings aimed toward shaping a pluralistic community in Jerusalem and imparting values of responsibility and involvement in all parts of the community.

El-Ami often receives visitors from the community center field outside of Israel to show them his model of bottom-up activism.

“I call it the community revolution, the next step for Israel’s social agenda,” he told ISRAEL21c in a recent interview. “It is the idea that the responsibility, anywhere, for quality of life and culture should come from the public, not from city hall or from the synagogue.”

As a contender for the job of CEO of the Israel Association of Community Centers (IACC), El-Ami is a man to watch in the continuing development of Israeli society. Hear him talk about his plans when you come on Journey to Israel.