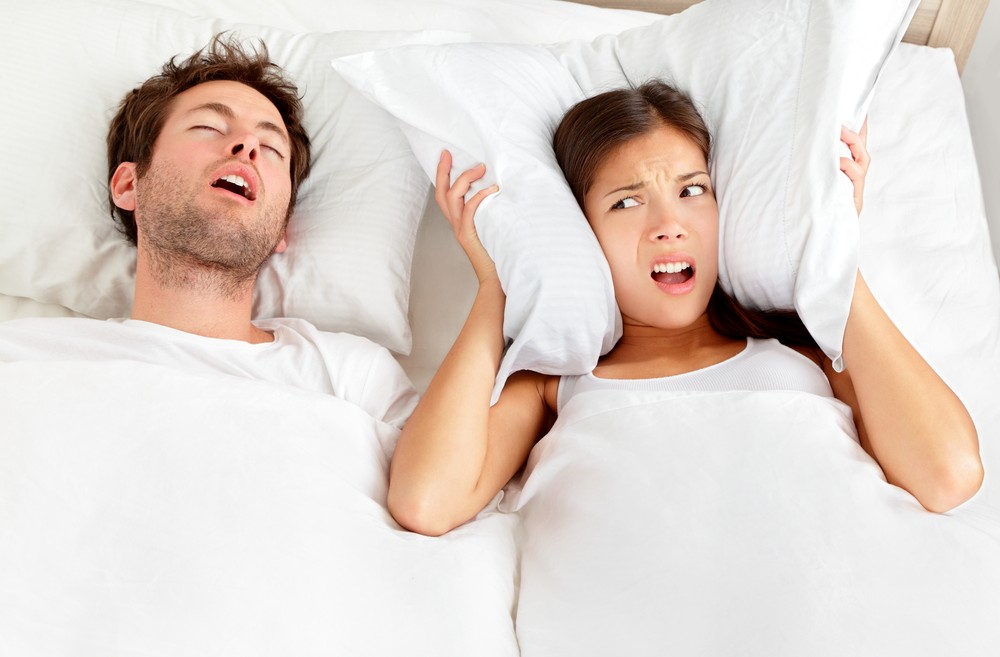 Snorers of the world have an array of devices at their disposal to muffle their deep sleep sounds. There are umpteen how-to guides and earplug kits for the partners-of-snorers community. But nothing has proven a definitive solution.

Now, an Israeli tech team says it has an answer: An active noise cancellation technology to silence the sound.

The Silent Partner device, according to its makers, is the world’s first smart patch to quiet snoring noise.

It does not try to open the nasal cavities of the snorer, as other devices do, but rather emits a counter white noise. This pioneering approach is claimed to create a 23-centimeter silent zone around the snorer so that bedfellows may sleep without disturbance.

“The Silent Partner senses the amplitude and frequency of the disturbing sound wave and broadcasts in real-time a sound wave with an inverted phase. Based on the physics phenomena of destructive interference, the two waves line up, essentially canceling out each other’s sound,” write the founders of Silent Partner on their Indiegogo crowdfunding page.

The Tel Aviv company turned to crowdfunding to introduce its triangular-shaped nose clip to the market. Response was immediate and the team, trying to raise at least $40,000, passed the halfway mark in just two days.

“Thank you all so much for this great start in helping to make our dream of bringing a #QuietNight to snorers worldwide a reality,” cofounders Netanel Eyal and Yoni Bazak messaged on indiegogo.

The Silent Partner team assures snorers that the device – which is secured to the face with a hypo-allergenic medical-grade adhesive intended for facial use – was “tried by our focus group and it was deemed to be comfortable, so you can get a relaxing night’s sleep.”

And so, finally, can your partner.