Photo of the Old City walls by Sasson Tiram courtesy of the Jerusalem municipality.

In anticipation of the inauguration of the Guatemalan Embassy in Jerusalem’s Malcha Technology Park on May 16, the city illuminated the Old City walls with flags of Guatemala, Israel and the United States along with a message thanking President Jimmy Morales Cabrera of Guatemala.

Morales and the Guatemalan ministers of foreign affairs, defense and economy arrived in Israel earlier in the week to prepare for the event, which closely followed the official opening of the US Embassy in Jerusalem.

Guatemala’s embassy was originally in Jerusalem and had moved to Tel Aviv in 1980.

“Guatemalan Embassy, welcome home!” said Jerusalem Mayor Nir Barkat. “I thank President Jimmy Morales Cabrera of Guatemala for his courageous decision and am honored that we will be opening the embassy in the capital of Israel.” 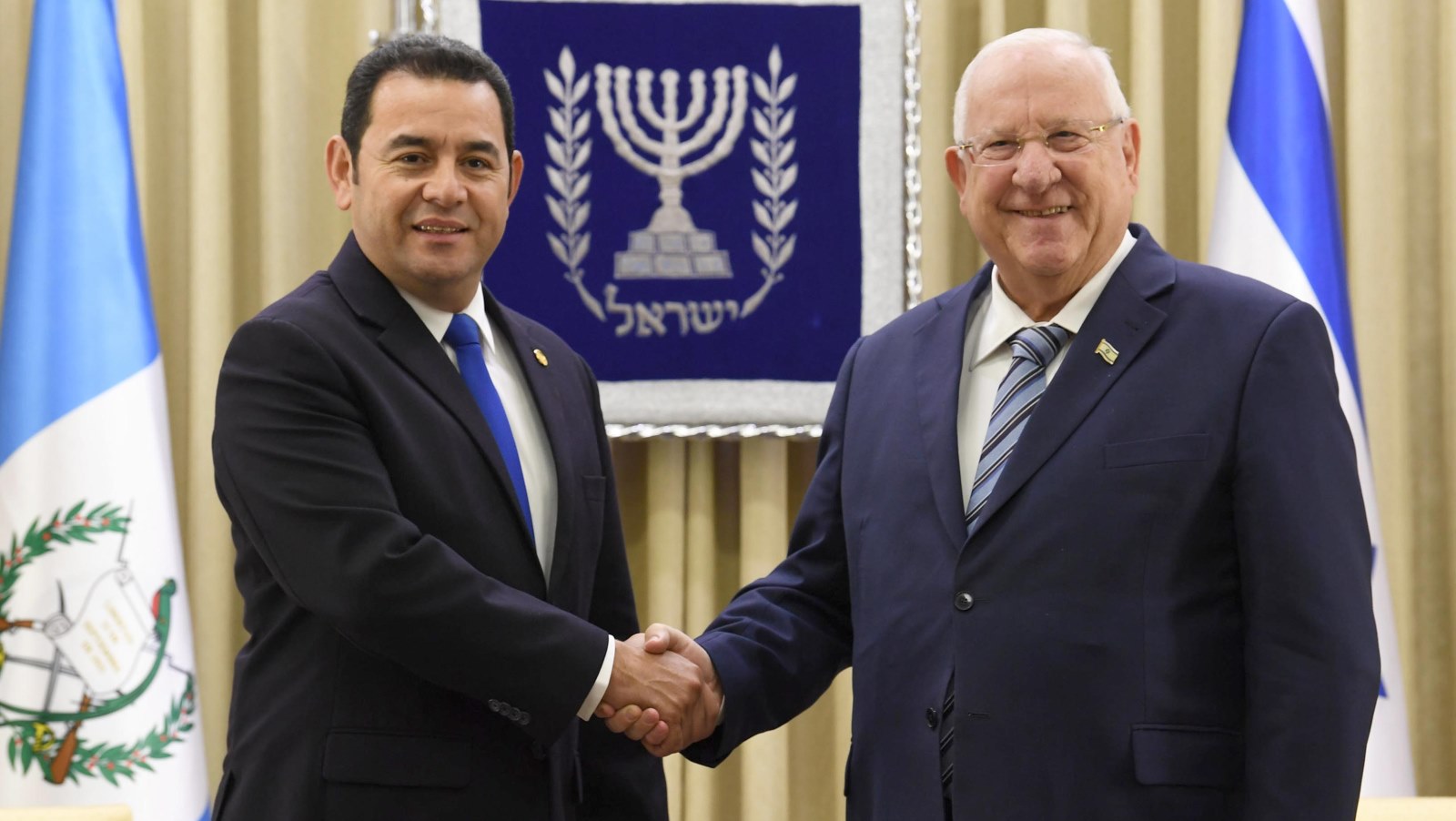 Paraguay and Honduras reportedly will be the next countries to relocate their embassies to Jerusalem. Panama’s president and first lady, Juan Carlos Varela and Lorena Castillo, are now on their first official state Visit to Israel.

UNCOVER ISRAEL - Get the ISRAEL21c
Weekly Edition free by email
Sign Up Now!
Bring Israel's story to life.
Millions of people around the world rely on us to gain a deeper understanding of Israel. We are the trusted source for original content you won't find anywhere else.
You can make a difference. Donate today to support journalism that brings Israel’s story alive.
SUPPORT ISRAEL21c
Read more on:   News, Jerusalem, Guatemala