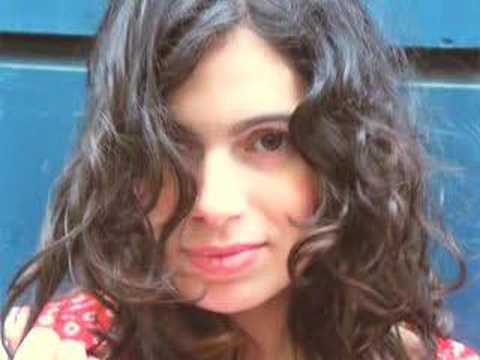 Number one on iTunes: Yael Naim and her partner, David Donatien.When she was a very young singer-songwriter Yael Naim decided she was an old soul. Later the Israeli realized that she’d made a mistake. This realization is the inspiration for the American breakout hit of the year, New Soul, chosen by Apple CEO Steve Jobs to market Apple’s newest laptop.

Sung in English, the song went on to become the Number 1 downloaded song on iTunes, and landed Naim Billboard magazine’s “Hot Shot” designation, scoring the highest for any debut song on the magazine’s singles chart.

“It was when I was really young that I sincerely believed I was an old soul reincarnated and I could even say it gave me a sense of superiority over others,” says Naim, 29, who grew up in the Tel Aviv suburb of Ramat Hasharon.

“But then as I subsequently did everything the wrong way around I concluded that it was actually my first time on earth and that I should learn to be more humble.”

Naim, who sings in Hebrew, English and French, was born in Paris and moved to Israel as a four-year-old. She went on to complete mandatory service in the Israel Defense Forces.

She writes ISRAEL21c by email: “In Israel the military service is [mandatory], so I did it like everybody.” Today, Naim regards herself as “lucky” for being chosen by the IDF to be an army musician and singer because it “gave me lots of experience in live performances.”

As a little girl, she remembers tapping her fingers on a tiny organ. “My interest in the instrument was so obvious, one day I got home from school and there was a real piano in my bedroom,” she recalls.

Then there were 10 years of conservatory and classical piano lessons. She thought she’d write symphonies after seeing the film Amadeus, but then discovered her father’s Beatles records and later, at around 18, Joni Mitchell.

In 2000, Naim – already a performing artist on the Israeli circuit – was invited to perform at a charity concert in Paris, and was not long after plucked up by EMI. This partnership led to a disappointing record deal.

Later, and still in Paris, Naim met David Donatien, a multi-talented musician. Encouraging her to sing in Hebrew, Naim credits the partnership with Donatien for her music’s sudden rise in popularity.

She’s happy about ranking in the top 10 US music charts, mainly because she thinks it’s incredible “to be able to be completely yourself, sing in your language and still do modern music, and especially see that people can be touched by it.”

Neither is sure exactly why their music has struck such a deep chord in the American market. “It’s hard for us to answer,” she writes. “Even in France it’s hard to explain. What we can say is that we made this album with an intense sincerity and perhaps the people can feel it in the US like in other countries.”

And what’s next? “Now we just want to enjoy all that is happening to us,” she says. “We worked two and a half years in my living room and are very happy to play our music, meet all these people and travel so much with the music. We really want to keep this road calm and human and beautiful.”

Two other popular songstresses in the US have direct ties to Israel: Keren Ann, an Israeli citizen living in New York, Europe and sometimes Israel; and Regina Spektor, who at a concert in Tel Aviv last year, said her inspiration for songwriting came while on a hiking trip to Israel as a youth.