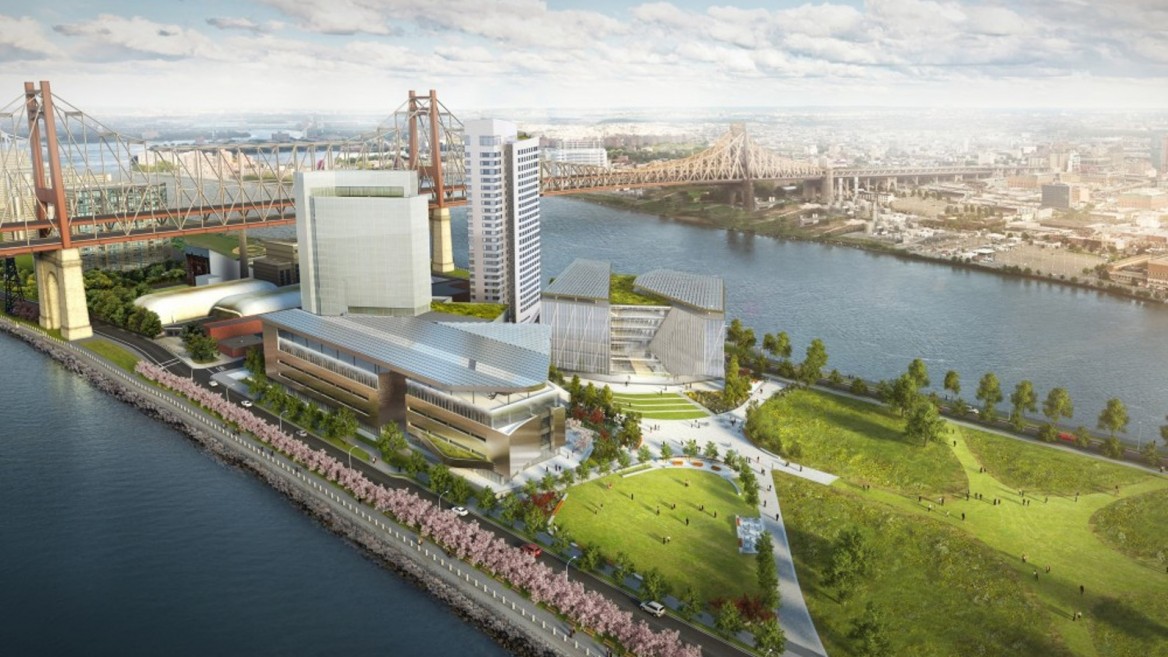 On June 16, New York City Mayor Bill de Blasio and other dignitaries will break ground for the 12-acre campus of Cornell Tech, a joint program launched in 2013 by the Ivy League university and the Technion-Israel Institute of Technology in Haifa.

Last December, on the other side of the world, the Technion broke ground for the Guangdong Technion Israel Institute of Technology (GTIIT) in Shantou, China, planned to accommodate 4,000 undergraduate and 1,000 graduate students in engineering and science as well as a high-tech park for Israeli and Chinese companies. 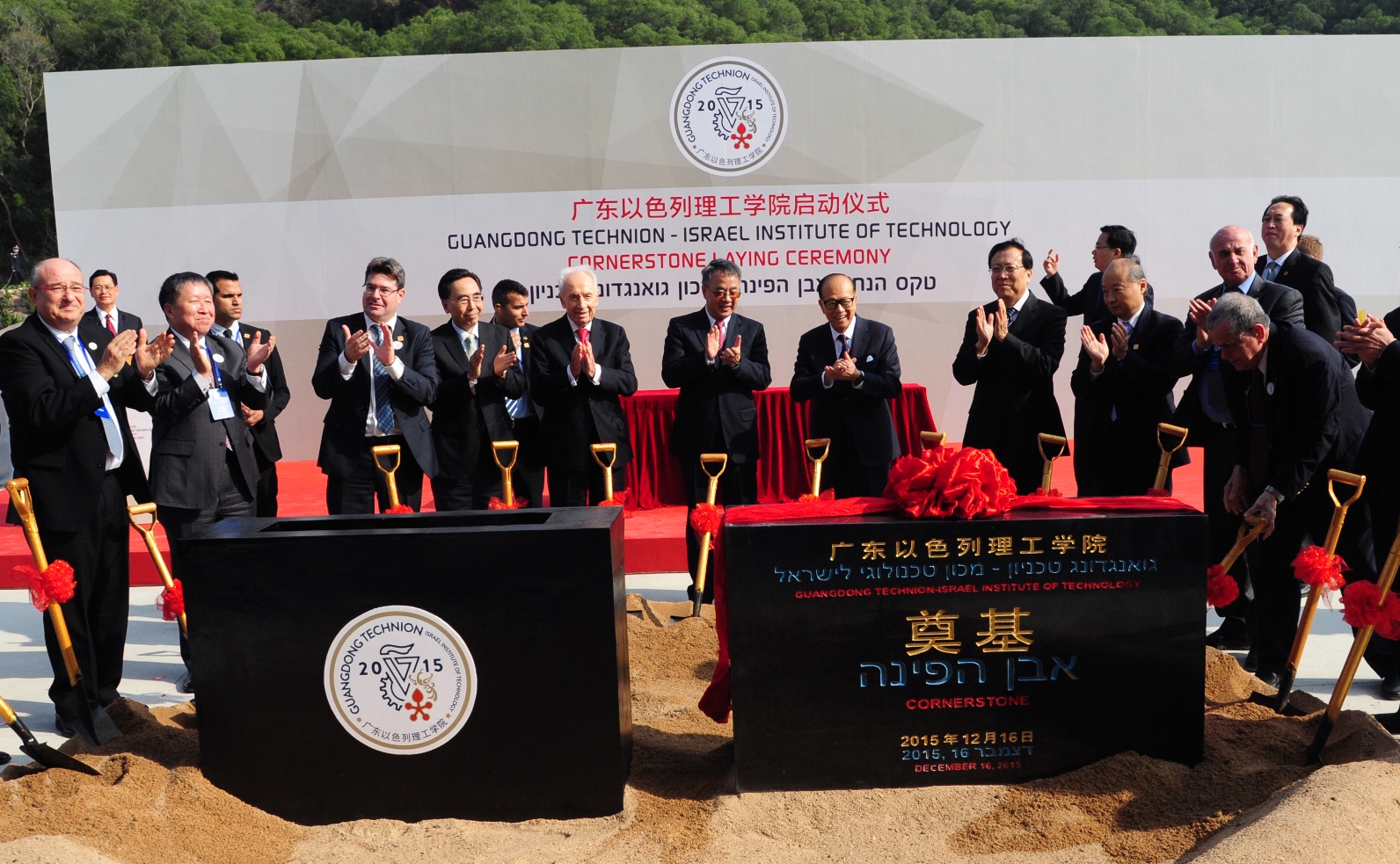 Groundbreaking for the Guangdong Technion Israel Institute of Technology in December 2015. Photo courtesy of the government of Guangdong Province

These revolutionary partnerships are significant indicators of the growing involvement of Israeli academia abroad. Most of Israel’s nine universities have joint programs in other countries, ranging from student-faculty exchanges and research projects to brick-and-mortar institutes.

Research collaborations between individuals in Israeli and overseas universities have been flourishing for decades. However, institutional collaborations are a newer phenomenon, says Liat Maoz, deputy director-general for policy and research at Israel’s Council for Higher Education (CHE).

“This is part of a global trend,” Maoz tells ISRAEL21c. “In the past five years, many universities, especially in developed countries, are opening branches in developing countries such as the United Arab Emirates, China and India. In Israel, institutions are starting to look at activities abroad to promote academic relationships with the US, China, India and Singapore.”

That type of growth in the international arena is seen among other Israeli universities as well, several of which announced major collaborations this year.

In March, Ben-Gurion University of the Negev agreed to establish a joint center for entrepreneurship and innovation with China’s Jilin University. The signing ceremony took place in Israel at a conference of the Forum of Presidents of Israel-China Higher Education Institutions, a new CHE initiative. 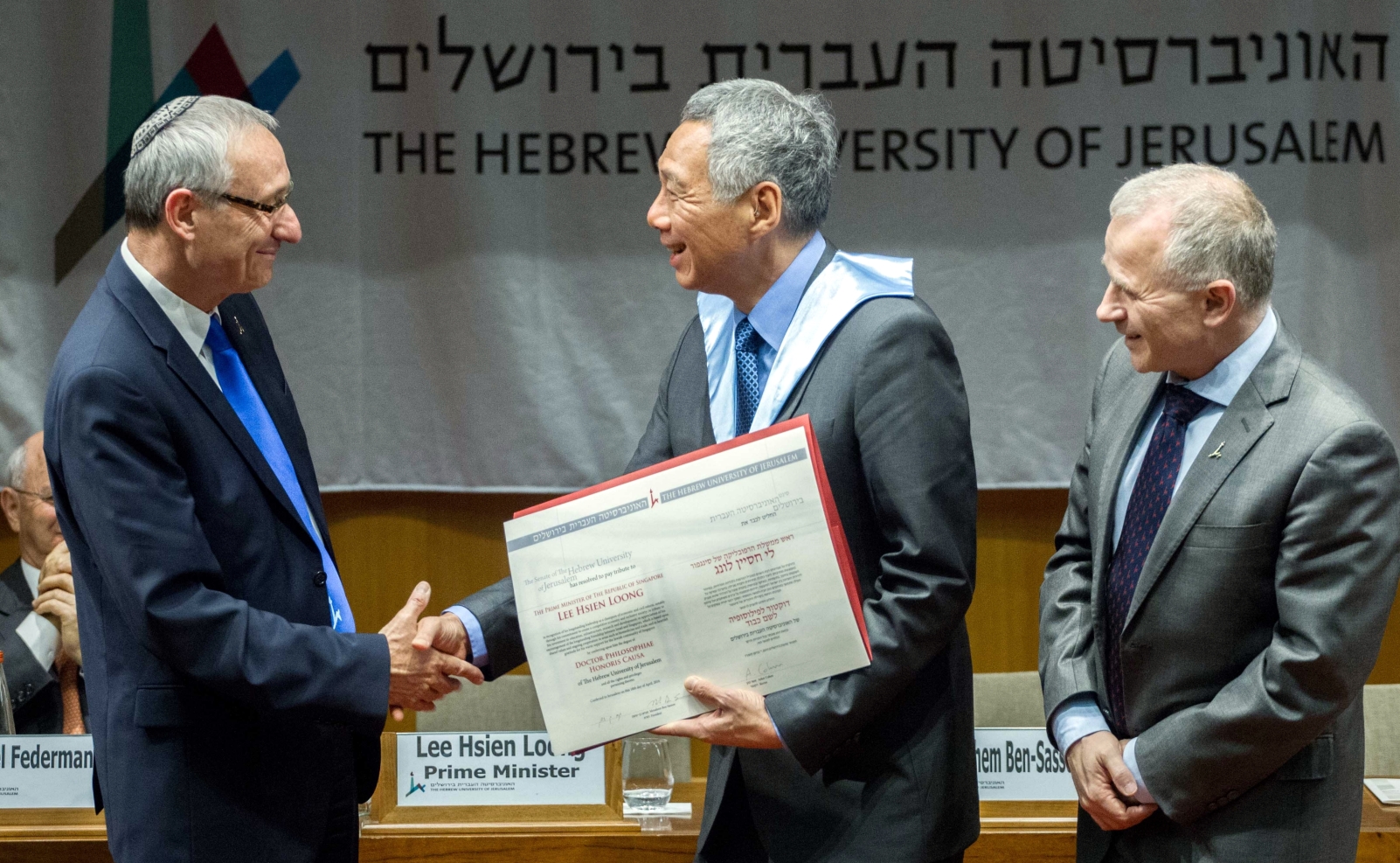 Also in April, the University of Haifa announced the founding of the Shanghai-Haifa Research Center at East China Normal University.

In May, the Hebrew University and the University of Toronto announced the Jerusalem-Toronto Bio-Innovation Partnership to support 12-week research exchanges in engineering, biology and computer science as well as an eight-week Transdisciplinary Innovation Program in computer vision, big data and bioengineering under the mentorship of Israeli scientists and entrepreneurs.

Later that month, the École Polytechnique in France and the Weizmann Institute of Science, a research institute in Rehovot, signed an agreement to develop and promote collaboration in higher education and research in such diverse fields as medicine, chemistry, biology and materials science.

Emma Afterman, director of Israel-Asia academic relations at the CHE, says these and other initiatives go hand in hand with growing economic ties between Israel and Asian countries. China, for instance, is home to more than 1,000 Israeli companies.

“By partnering with leading institutions, Israeli universities gain access to many high-quality students and strengthen their reputation and global outreach in Asia, which is now becoming a key focus for Israel,” Afterman tells ISRAEL21c. “It also helps open new possibilities for research collaborations.”

She says Israel is attractive to Asia for its excellent academics and strengths in areas such as STEM (science, technology, engineering and math), agriculture and high-tech.

“China and India are looking for innovation and entrepreneurship to make their economies more high-tech oriented. They see Israel as a natural partner for that on academic, business and economic levels.”

In New York, Cornell Tech is not the Technion’s only foot on the ground. Last year, the Technion announced a partnership with New York University’s Langone Medical Center and its Perlmutter Cancer Center to advance global collaboration in cancer research and therapeutics.

This April, Laura and Isaac Perlmutter donated $3 million to the venture’s first six joint research projects, the first two of which focus on a nanotech drug-delivery method to the brain, and new treatments for malignant mesothelioma. Another $6 million is going toward building a research facility on the Technion campus in Haifa to support future projects in the collaboration.

No worries about brain drain

“Only the strongest institutions can afford to do this,” Maoz says. “There are new processes at universities around the world for creating and running programs abroad, and studies on what works well and less well. Not every experience is successful. But we are very hopeful that the Israeli ventures will only benefit what is going on here.”

Maoz says that even without building physical structures in another country, Israeli universities will be increasing already plentiful joint degree programs, research studies and exchanges via frameworks such as the European Commission’s Horizon 2020 and Erasmus+ exchange programs.

She is not worried about such initiatives pulling talented Israelis away from home.

“Most Israelis spend part of their postgraduate academic career abroad in the US or Europe, where they form very good relationships that last even after they return. That helps promote international collaborations that are beneficial to Israeli academia,” Maoz explains.

“At Cornell Tech in New York, many Israeli faculty members who have been in New York for years expressed their wish to work in that initiative in order to contribute back to Israel.”

Technion President Peretz Lavie took it a step further at the inauguration of GTIIT in Shantou, stating his belief that “the combination of the innovative and entrepreneurial spirit of Israel and the unbelievable scale and resources of China will result in a great partnership that will help not only China and Israel, but also mankind in general.”