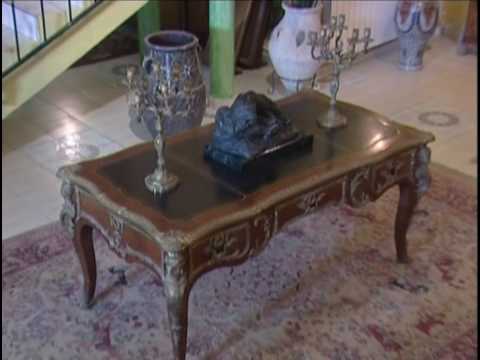 The Hotel Montefiore in Tel Aviv. Photo by Flash90.

What is a boutique hotel, you may ask?

Israel’s Ronit Copeland, an international judge for the Boutique and Lifestyle Lodging Association (BLLA), says it has something to do with size (small), location (premium) and design (no two rooms alike). But that’s not all. “It needs to have character, soul and even theatrical qualities,” she says. Along with top-notch service, of course.

With that definition in mind, ISRAEL21c offers its list of Top 10 Boutique Hotels in Israel, a category that is growing rapidly as savvy travelers seek out-of-the-ordinary accommodations, often in meticulously restored older buildings.

A word of caution: Many boutique hotels do not allow children and are not kosher, so ask ahead if these are relevant issues for you. 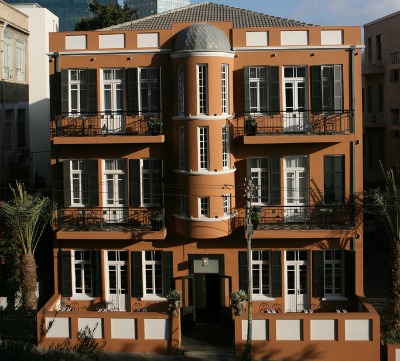 One of Israel’s first boutique hotels, the 12-room Montefiore is housed in a restored 1920s heritage mansion on centrally located Rothschild Boulevard. Each room is unique in shape and size, and each displays the work of a different contemporary Israeli artist. All the rooms have original period furnishings, wooden floors, tall windows, black marble-appointed bathrooms, deluxe linens, a multi-language library and high-speed Wi-Fi. The hotel offers a lobby library, a chauffeur-driven limo and spa services. An on-site brasserie serves Vietnamese cuisine. 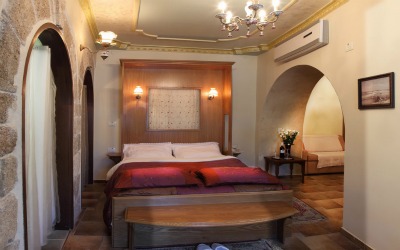 A guest room at the Akkotel in Acre.

This boutique hotel opened in 2007 in a renovated historic building adjacent to the Acre Old City walls near the beachfront. The property was originally constructed as an army compound and customs checkpoint during the Ottoman period in the 18th century. After World War I, under the British Mandate, it became a school for boys, and later a courthouse. Owned and operated by Christian Arabs, the Akkotel has 16 differently decorated rooms accented by handmade wooden beds and closets. A rooftop terrace affords a view of Haifa Bay and the Carmel Mountains.

Located in a renovated old stone structure topped by a sunbathing/observation deck that overlooks the forested village of Ein Kerem on the outskirts of Jerusalem, this boutique hotel was the 1930s home of Alegra and Jabra Persis. Each of the seven suites is named after a pair of historical or mythical lovers. The beds are situated in wide stone niches and made up with Egyptian cotton sheets. The rooms offer in-room espresso machine, champagne, snack and chocolate boutique, mini-bar, Wi-Fi and a sound system. Changing art exhibitions hang in the public spaces. Outside, there’s a courtyard and a garden with splash pools, small waterfalls and fish ponds. Spa services include a wet sauna and treatments. 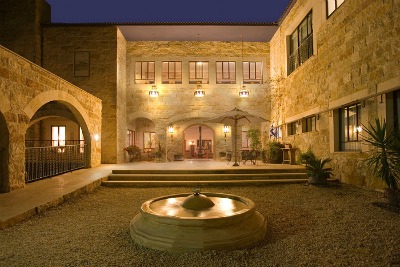 Located high up in the Biriya Forest between Hatzor Haglilit and Amuka, overlooking the Hula Valley and Golan Heights, this 26-room Mediterranean chateau-style boutique estate hotel is situated in a two story Jerusalem stone house surrounded by 6.5 acres of natural wine country. Gourmet dining features cheese, fruit and vegetables from local farms along with herbs and spices grown in the hotel gardens. There are spa facilities and an outdoor pool and Jacuzzi. 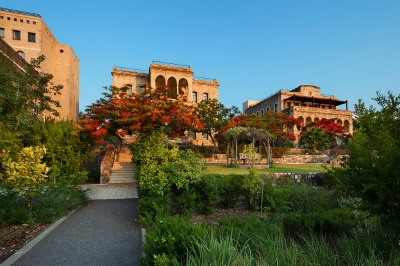 The five-star Scots Hotel was once a hospital.

The Palacio is situated in a 12th century former palace in the heart of Safed’s Old City Artist Quarter. It features grandiose, elegant lobbies and 10 individually decorated suites and rooms – including large penthouse suites with panoramic views of the Galilee Mountains. Spa services and a restaurant for private functions are available.

The Varsano can be found in quaint and trendy Neve Tzedek, the first and oldest Tel Aviv neighborhood. This hotel offers eight large, contemporary-designed suites in historic houses with inner yards and patios. Each suite has a living room, fully equipped kitchen and dining area. It doesn’t have its own restaurant, but that hardly seems necessary when the hotel is within a 10 minutes’ walk from any kind of food establishment you may be craving. The New York Times recently called the Varsano “an amazing and stylish place to stay.” 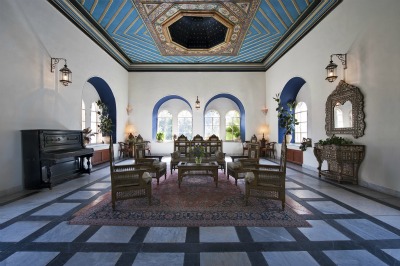 One of Jerusalem’s premier places to stay, the American Colony is located in East Jerusalem near the Damascus Gate. The hotel occupies a 120-year-old Ottoman-style complex. There are 86 rooms, including the Pasha Deluxe suite, comprising original rooms built by the Turkish Pasha in the 1800s for his three wives. The complex has three buildings, each with its own garden. The hotel is a preferred destination for visiting media correspondents as well as celebrities. The American Colony has hosted a who’s who of guests over the years, including Sir Winston Churchill, Laurence of Arabia, Sir John Gielgud, Lauren Bacall, Peter O’Toole, Richard Gere, Leon Uris, John le Carré, Graham Greene and the Empress of Ethiopia.

Located in central Haifa’s German Colony, The Colony Hotel was built in an historic Templar structure dating back to 1905. “It has a European feel, original tiles from Templar era, and is situated on the main boulevard, with the Baha’i Gardens at one end and the Mediterranean Sea at the other,” says Judith Isaacson, owner of the Israeli travel service Drive-Israel. It has 40 rooms and mini-suites, a sunroof, bar, coffee shop and landscaped garden.

UNCOVER ISRAEL - Get the ISRAEL21c
Weekly Edition free by email
Sign Up Now!
Bring Israel's story to life.
Millions of people around the world rely on us to gain a deeper understanding of Israel. We are the trusted source for original content you won't find anywhere else.
You can make a difference. Donate today to support journalism that brings Israel’s story alive.
SUPPORT ISRAEL21c
Read more on:   Travel, Places to stay in Israel