Ace Ventura and Dr. Doolittle would love Israel’s variety of natural-environment zoological parks and reserves harboring a huge range of animals on sea, land and air.

If you love animals too, check out these top 10 sites in Israel to commune with creatures.

The Jerusalem Biblical Zoo is the second most-frequented paid tourist site in Israel (Masada is No. 1), welcoming 786,429 visitors in 2011.

Established in 1940 by a Hebrew University zoologist to preserve and display animals mentioned in the Bible, the zoo grew and moved several times until getting a permanent home in 1993 on a 62-acre site in southern Jerusalem.

No longer limited to biblical animals, the wheelchair-accessible park houses more than 2,000 mammals, amphibians, fish, reptiles and birds in natural habitats such as Lemur Land and the Wet Side Story aquatic pavilion. The newly renovated Marsh Aviary reopened in June 2012, and the new Nile crocodile exhibit opened last summer as well.

The zoo’s animal conservation projects include artificially incubating eggs of endangered raptor species and developing a tooth varnish to wipe out a deadly kangaroo gum disease. 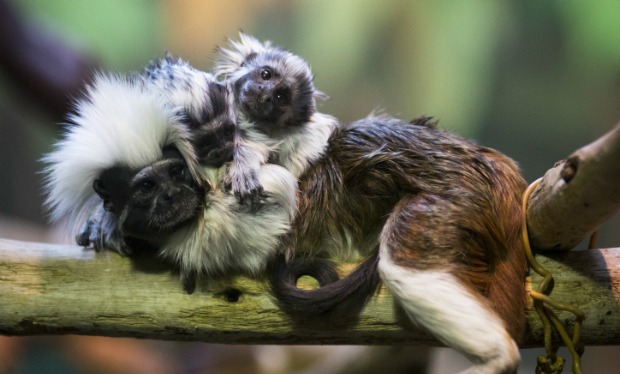 Twin cotton-top tamarins were born last July at the Biblical Zoo in Jerusalem. Tamarins are on the list of the world’s 25 most endangered primates. Photo by Yonatan Sindel/Flash90

Coming in at No. 3 on the most popular Israeli paid sites list with 744,550 visitors in 2011, the Zoological Center Tel Aviv-Ramat Gan Safari is home to elephants, gorillas, chimpanzees, orangutans, hippos and lions wandering freely on 250 acres. It has the largest animal collection in the Middle East.

The Safari participates in 25 international programs for endangered species, and is a partner in various breeding and reproduction programs and research projects. Workshops and camps are geared to teaching Israeli children about animal welfare and wildlife conservation. 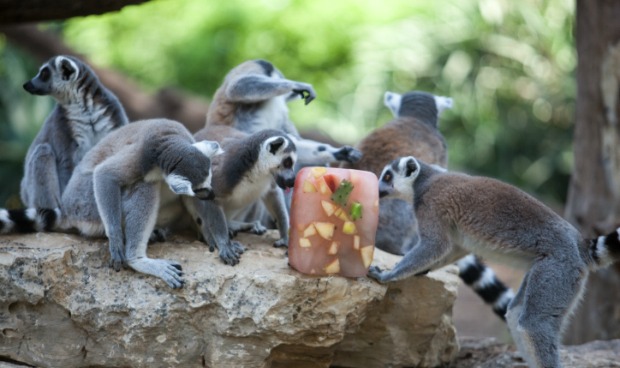 Coming in at No. 8 on the list of most-visited Israeli tourist sites, this marine park – first of its kind in the world — showcases fish and other creatures from the Red Sea. Visitors can watch feedings in the shark tank, see turtles and stingrays paddling in their pools and explore two underwater observatories and 35 aquariums filled with the Red Sea’s colorful and rare forms of marine life. The center’s vast coral colony is alive with about 400 species of fish. 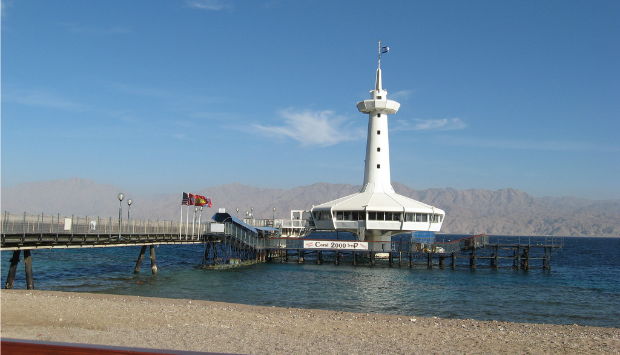 You can spend hours gently rocking on the floating wharf at this handicap-accessible secluded beach, watching a group of eight bottlenose dolphins hunting, playing, courting and socializing. For a more up-close experience, you can sign up for a guided swim, snorkel or dive with the gentle mammals. 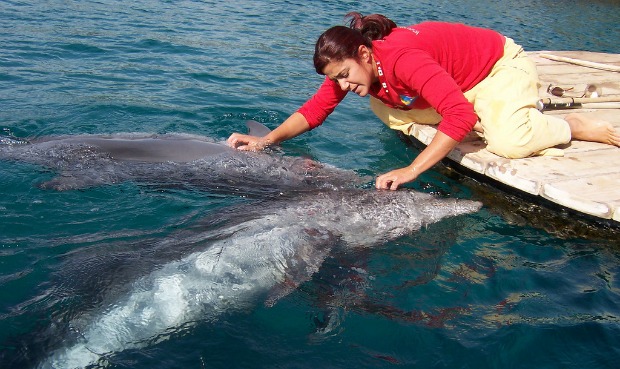 A dolphin trainer at the reef.

What are miniature South American camels doing in Israel’s Negev Desert? Along with llamas and horses, they’re enjoying the desert scenery and giving visitors a chance to interact with animals at this unusual farm.

Today’s herd of 400 llamas and alpacas – possibly the largest in the world – began with 190 llamas and alpacas flown to Israel from Incan villages in the Andes Mountains. You can ride the animals or help spin their delicate and colorful wool into yarn. Tiyullama, an overnight family desert experience, provides a guide and llama, campfire and meals at the site. 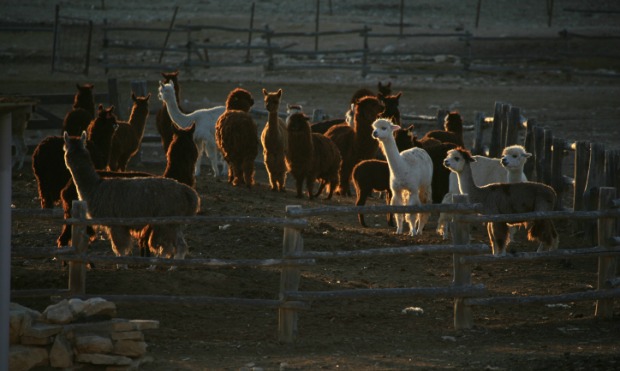 This four-acre park provides a taste of Australia’s wildlife right in Israel’s Beit Shean Valley. Seven types of kangaroos, plus an assortment of cockatoos, flying foxes, laughing kookaburra, cassowary, wallaby, and emu are spread out in a landscape of eucalyptus trees and other Australian plants. 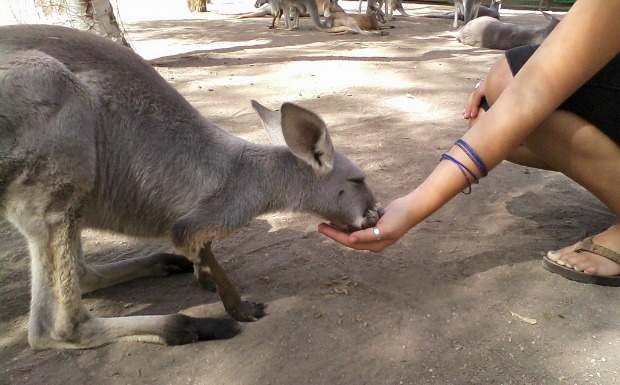 Feeding the residents at Gan Garoo.

The Israeli Primate Sanctuary Foundation operates Afrikef as a refuge and rehab center for hundreds of monkeys that were used in lab experiments or illegally smuggled into the country. It is located about halfway between Jerusalem and Tel Aviv near the Ben Shemen Forest at Kfar Daniel. You’ll see lemurs from Madagascar, crab-eating macaque, leaf-eating langurs and marmosets, the smallest monkeys in the world. Guided tours are held every half hour on weekends.

Hamat Gader Park, another top-10 Israeli tourist site, is about five miles southeast of the Sea of Galilee. In addition to its natural thermo-mineral springs and archeological areas, it boasts 40 acres of tropical parkland housing about 200 crocodiles as well as alligators and other reptiles.

Crocoloco, down south in the Negev, gives all-year-round guided tours of the swamps where hundreds of African Nile crocodiles enjoy their adopted home in Israel. 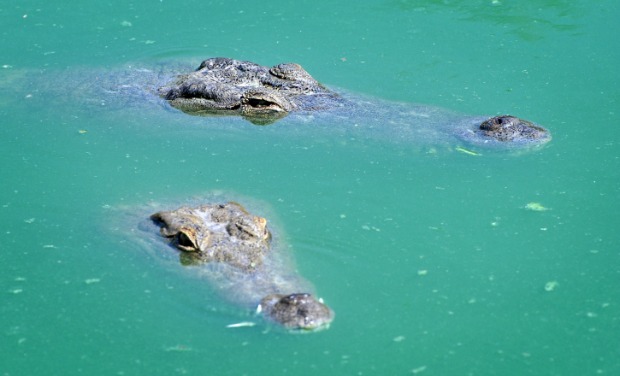 The Alexander River north of Netanya is home to many soft-shell turtles a yard long and 100 pounds in weight. You’ll also find coots and other waterfowl, nutrias and swamp cats on the river and its banks. On Beit Yannai Beach in the western part of the park, sea turtles come on warm summer nights to lay their eggs in small holes in the sand.

Part hospital, part stud farm, the Israeli Sea Turtle Rescue Center, a few miles north of Netanya on the Mediterranean coast, plays a vital role in protecting one of the world’s most endangered species. It’s a popular place for volunteers from all over the world. 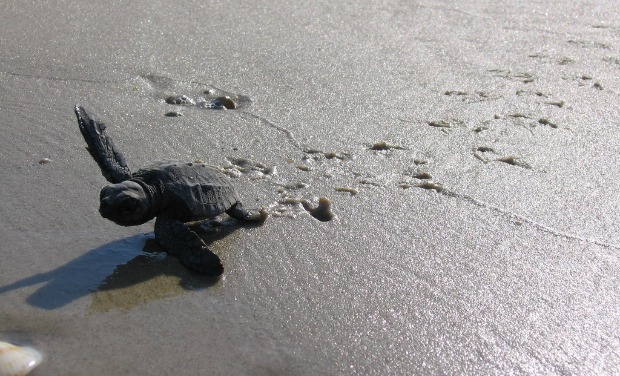 A baby turtle makes its way to the sea at Beit Yannai Beach.

Some 500 million birds of 200 different species fly across Israel each spring and autumn en route to and from Africa, Europe and Asia, making Israel a major world site for bird observatories and sanctuaries.

Among the best places to spot migrating and resident birds in Israel are the International Birding and Research Center in Eilat, the International Birdwatching Center of the Jordan Valley at Kfar Ruppin, the Jerusalem Bird Observatory, the Kibbutz Lotan Ecotourism and Birdwatching Center in the Arava Valley, the Agamon Hula Ornithology and Nature Park and Kibbutz Ma’agan Michael near the southern Carmel Mountains. 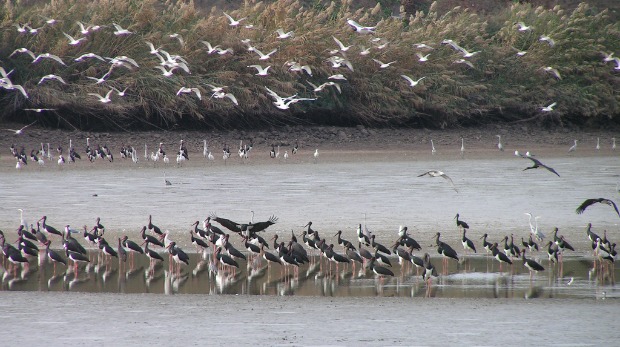