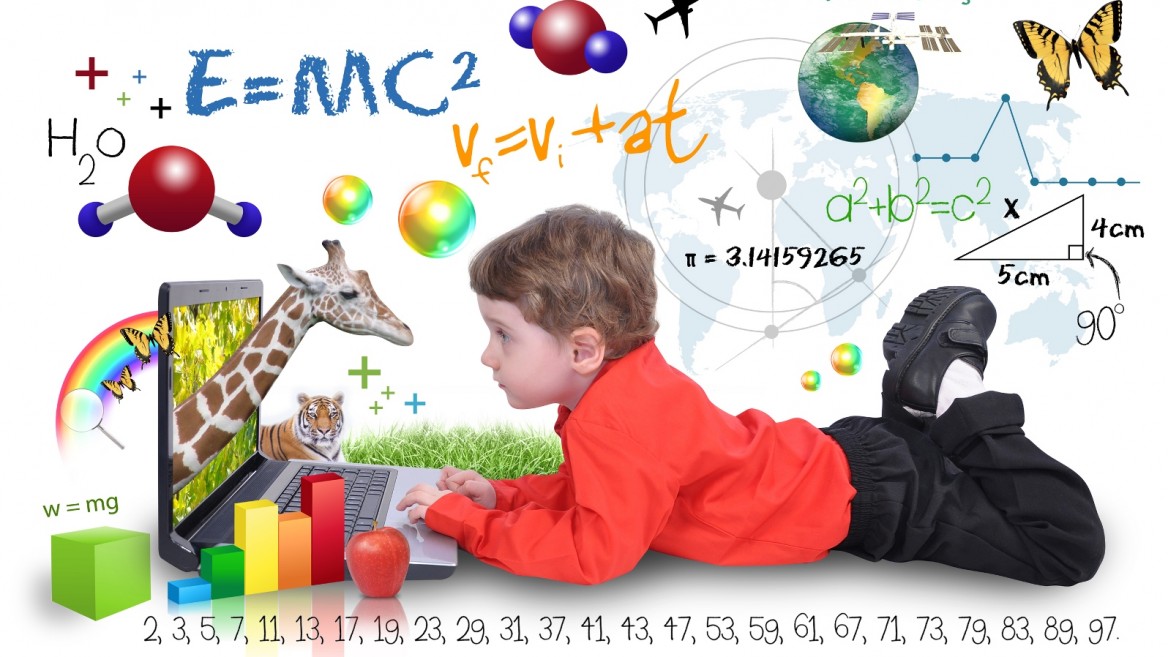 Schools worldwide are prioritizing STEM (science, technology, engineering and mathematics) to prepare students for the workplace of tomorrow. And what better way to teach technological subjects, as well as many other subjects in the 21st century, than technology itself?

A new ecosystem is growing up around more than 100 Israeli startups developing sophisticated ed-tech tools – using technologies such as augmented reality, gaming and virtual reality – to enhance and transform the learning environment for all ages, learning styles and settings.

“We want to develop Israel as an R&D center and beta site for startups in ed-tech, just as Israel already is in other tech areas,” says Doron Ish Shalom, community manager of Ed.il at the Israel Innovation Institute,  an NGO involved in the prime minister’s Digital Israel Project for health, transportation and education.

But ed-tech startups – like other startups in this very small country — must meet global market demands if they are to become viable.

Ish Shalom attended the January Bett Conference in London, one of the biggest ed-tech conferences in the world, to better understand those needs. Ed.il is hosting Israel’s first-ever international Israeli Ed-tech Summit in early June.

“We’re bringing delegations from Europe, China and the US so we can start building a system connecting the startups, governments and markets,” Ish Shalom tells ISRAEL21c.

An EdTech Israel Meetup Group  was started in February. Recent meetups at the Google Campus in Tel Aviv have explored ed-tech opportunities in corporate learning programs and in the Chinese market.

The multiple award-winning CodeMonkey Studios  (motto: “Write code. Catch bananas. Save the world.”), whose games teach computer programming to kids as young as nine, is sponsoring a coding competition in Israeli schools and has started working with companies in Brazil and Europe, according to Ish Shalom.

CodeMonkey is one of 39 graduates of the MindCET Garage  six-month ed-tech accelerator program in Yeruham and Tel Aviv.

A spinoff of the Center for Educational Technology NGO, MindCET was established almost four years ago “as an engine to establish this industry in Israel and try to enable startups to create solutions for educational systems that bring alternatives to existing institutions,” says MindCET CEO Avi Warshavsky.

“There is huge potential in ed-tech if Israel’s ecosystem starts embracing it,” he tells ISRAEL21c, adding that Israel is a perfect beta testing site for new technologies. “We have a community of 900 teachers all over Israel who test everything we publish.”

The accelerator also hosts groups of teacher-entrepreneurs and R&D experts, says Warshavsky. “All three groups meet once a week for workshops and it’s very fruitful for all. They often develop different types of innovation-driven products according to their mutual needs.”

The founders of Time to Know  in Ramat Gan, maker of a suite of products for creating advanced digital learning programs in markets including the United States, Brazil, Vietnam and Korea, set up a sister company, EdVantage, to nurture early-stage ed-tech startups for informal education.

“The way people learn is changing rapidly,” says Shachar Wilner, co-manager of EdVantage with Amalia Bryl. “People don’t stop learning when they finish their formal education. To maintain your career you have to be a continuous learner. Most of the information we have access to is on the web, so there is a need for tools that enhance learning, make you be a better learner and enable you to learn by yourself. This is a crucial part of learning in the 21st century.”

EdVantage screened more than 50 ed-tech startups in mid-2015 seeking one that fills a proven market need, has a strong team, can impact learning significantly and has the potential to be sustainable. Candidates don’t have to be from the world of high-tech, Bryl says. Even Israeli makers of traditional instructional board games are well-positioned to enter ed-tech.

“There are some global trends we can point to that have an obvious need that Israeli entrepreneurs can answer,” says Wilner. “One is STEM. The way the Israeli army tech units turn teenagers into very professional experts in just a few weeks or months is something we can imitate in learning technology.

“Another area is gaming. Even the youngest kids are addicted to games and we think it’s a very good way to bring value to learning. This is an area where Israel is quite developed and we can influence some startups to move into educational gaming.”

Time to Know and EdVantage CEO Yair Brosh tells ISRAEL21c that EdVantage is “not accelerator or incubator but something in between,” and that it draws on the lessons Time to Know has learned through its own failures and successes in the areas of education, high-tech, innovation and business.

“We have quite a few successful implementations worldwide so we’re established and we understand in-depth the difference between ed-tech in Israel and in Europe and in Brazil or the United States, and we can help new companies that want to enter this world try to find their added value and approach the market,” Brosh says.

Ed.il and Presentense Israel cosponsored the first cohort of Siftech Accelerator’s new month-long EdTech program, which gave 10 chosen startups business mentoring services prior to a pitch night at Siftech’s Jerusalem headquarters on February 2. Some of them have also been in MindCET Garage. 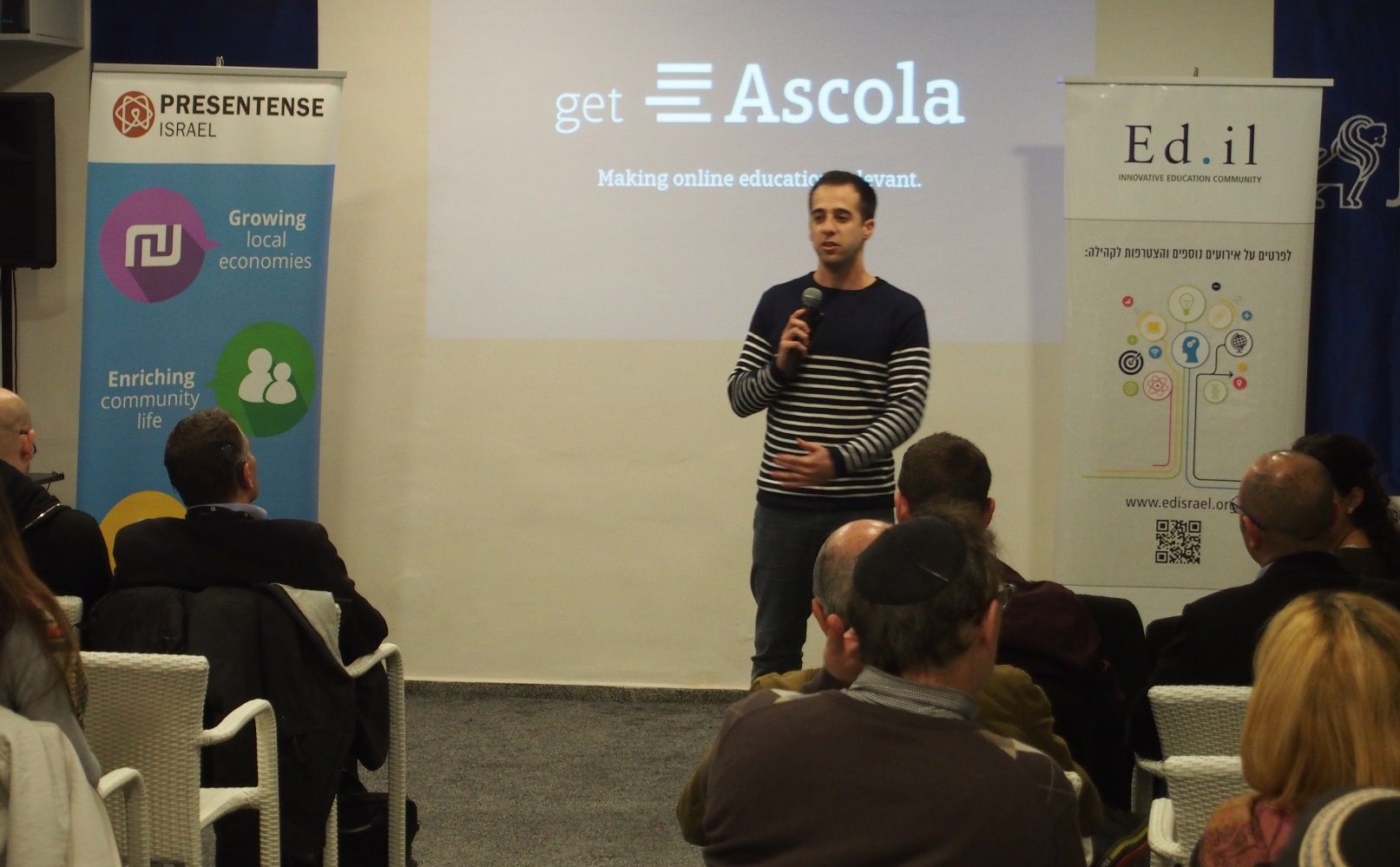