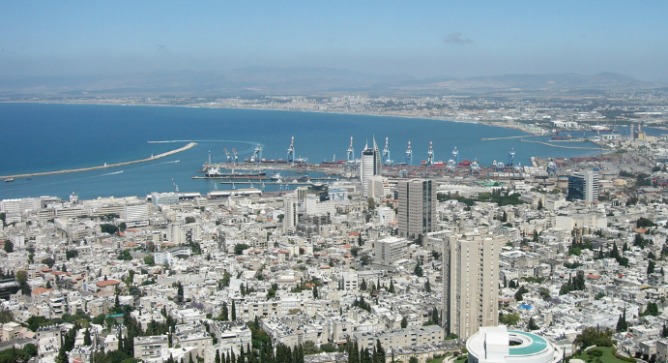 Haifa Bay will be getting a new port. Photo by Uria Ashkenazy/Wikimedia Commons.

As a perk for tourists who book three nights at a hotel in Israel’s picturesque port city and unofficial “capital of the north,” the Haifa Tourist Board provides a free sightseeing bus and guide. Thousands of passengers arriving in town on cruise ships may board a complementary shuttle bus to see the sights.

And there are plenty to see. The most visited tourist attraction in Haifa is the terraced Bahá’í Gardens, a UNESCO World Heritage site that covers the north slope of Mount Carmel. There are museums and beaches, historical and religious sites and some of the best shopping in Israel.

Guests pour into town all year long for events as diverse as the Haifa International Film Festival, spring flower fair, International Flute Festival and Competition, Dutch Cultural Days, Austrian Cultural Day, and European bowling championships. In 2011, Wikimedia aficionados from 52 countries gathered in Haifa for Wikimania, and in 2010, 320 sailors from six continents came to Haifa’s Hashaket (The Quiet) Beach for the 420 World Championships in sailing.

Another factor that keeps Haifa’s hotel-room occupancy rate at an unusually high 80-85 percent is the corporate presence of Google, Intel, SanDisk, Qualcomm, Philips, IBM, Microsoft and many other companies that attract a steady stream of business travelers. In addition, many academics come to study and attend international conferences at the Technion-Israel Institute of Technology and University of Haifa, both in the city’s southeast sector. 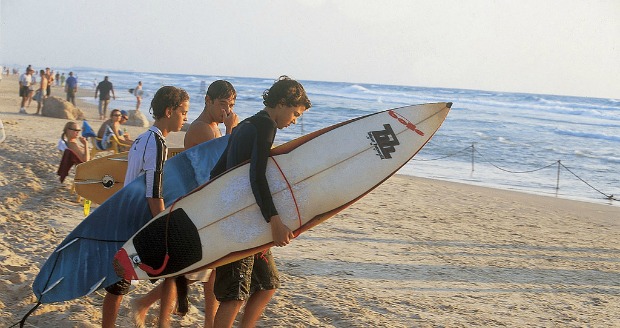 Surfers on the beach in Haifa.

Within the next five years, Ronen tells ISRAEL21c, the number of Haifa hotel rooms will double from the current 1,400. Kicking off that growth is the brand-new 55-room Bay Club Hotel in the former mansion of the 19th century Ottoman governor of Haifa. In that same Bay area in the north of the city, a new port with trendy shops and cafés is also planned. 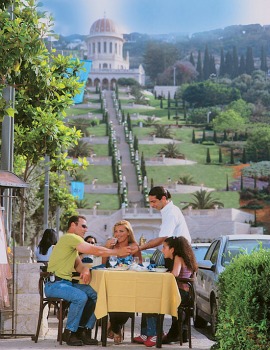 The Garden and the Colony

Jalal Hatami, deputy secretary-general of the Bahá’í International Community, says the Bahá’í Gardens attracted close to 700,000 visitors last year. And that does not include the hundreds of faithful who come from many countries to volunteer in the gardens and world headquarters at the site.

“The beautiful mosaic of people that exists here in Haifa is famous for its open-mindedness,” Hatami tells ISRAEL21c. “Acceptance of the other is part of the culture of Haifa, and as Bahá’ís it makes us feel very much at home and we hope to contribute our share to continuing and growing this spirit in the city.”

At the base of the gardens is the main street of Haifa’s German Colony, established in the 1860s by Templer Christians from Stuttgart. Haifa was the first place these settlers built the solid stone buildings that characterize several German colonies in Israel, including one in Jerusalem and another in Tel Aviv. 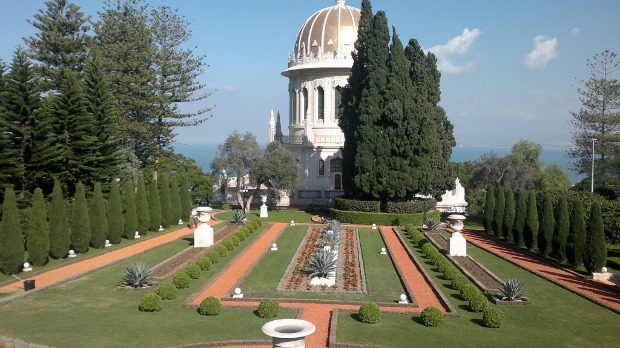 The Bahá’í Gardens and shrine are a UNESCO World Heritage Site.

The Haifa Museum of Art, the Dagon Grain Museum and the Haifa City Museum are located in or near this area.

The 40-room kosher boutique Colony Hotel, in spitting distance of the Bahá’í Gardens, was built in 1905 as the Appinger Hotel for German pilgrims. A two-year renovation of the property prior to its reopening four years ago preserved much of the original woodwork, patterned floor tiles, windows and doors. 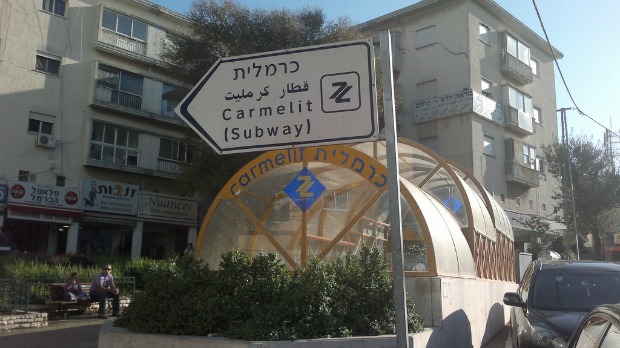 The Carmelit is the world’s shortest subway system.

The Haifa Tourist Board (1-800-30-50-90) offers a variety of history tours through the German Colony guided by costumed actors. The latest addition is Magic of the Colony, led by a professional magician. There’s also a four-hour walking tour through the German Colony, the Louis Promenade, the Bahá’í Gardens, the 17th century Stella Maris Carmelite Monastery and Old Lighthouse, and Wadi Nisnas, a predominantly Christian-Arab neighborhood next to the German Colony.

The streets of Wadi Nisnas have many public art installations thanks to the Beit Hagefen Arab-Jewish Culture Center, which runs culture, art and education projects including Haifa’s annual Holiday of Holidays festival celebrating Hannukah, Christmas and (when it falls in December) Ramadan.

Down by the Haifa Bay in the city’s northwest is the historic Bat Galim (Daughter of the Waves) neighborhood dating back to 1922. 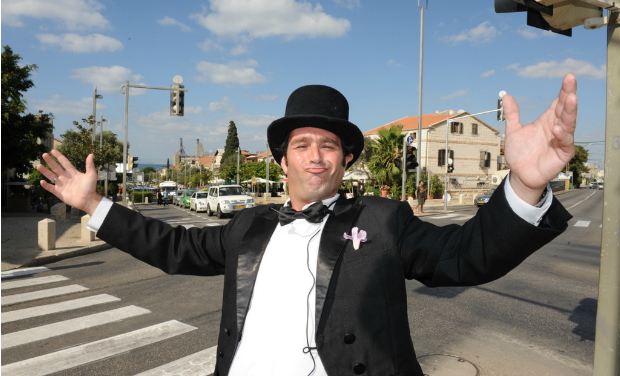 The Bat Galim Beach and boardwalk, the National Maritime Museum, the Clandestine Immigration and Naval Museum, Stella Maris and Elijah’s Cave religious shrine are all highlights of this area. (Dado Zamir Beach on the southwestern shore is generally considered Haifa’s nicest beach.)

The Haifa Aerial Cable Car begins at Bat Galim Beach and ascends to the tip of Mount Carmel, with stops at the Old Lighthouse and Stella Maris. Another fun way to get around Haifa is the Carmelit, which is Israel’s first and only subway system (though Tel Aviv is soon to follow) and also the world’s shortest underground transit route.

High up on Mount Carmel is the Tikotin Museum of Japanese Art, the only museum of its kind in the Middle East. In the southeast corner of Haifa is MadaTech, Israel’s National Museum of Science, Technology and Space.

In 2014, says Ronen, Haifa will host the European bridge championships. This will afford yet another opportunity for foreign visitors to get acquainted with a multiethnic and beautiful city.

UNCOVER ISRAEL - Get the ISRAEL21c
Weekly Edition free by email
Sign Up Now!
Bring Israel's story to life.
Millions of people around the world rely on us to gain a deeper understanding of Israel. We are the trusted source for original content you won't find anywhere else.
You can make a difference. Donate today to support journalism that brings Israel’s story alive.
SUPPORT ISRAEL21c
Read more on:   Travel, Haifa, Bahai Gardens, Bat Galim, Israeli museums