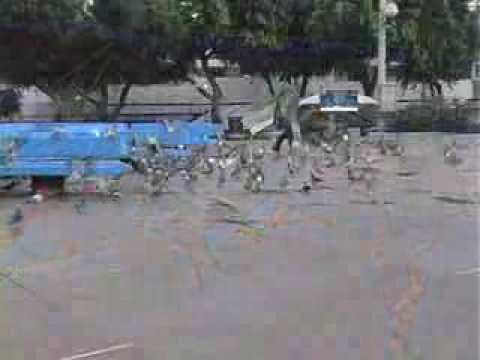 Bionic noses used as bomb sniffers. Mini-medical submarines that deliver drugs to individual cancer cells in your body. Tiny chemical laboratories on a chip to monitor water pollution. Self-cleaning materials that mimic a bird’s feathers. Sunscreen that doesn’t soak into your skin: If you can dream it, don’t be surprised if Israeli nanotech scientists and engineers already have too, and are now building it.

Today there are about 75 Israeli nanotech companies – up from 45 three years ago, and some 325 nanotech research teams (up from 210) working in the field, with new ideas spouting up all the time. Nanotech is becoming so hot in Israel in recent years, that this year, Israel will host its very own nanotech conference in Jerusalem.

The Israeli government has made nanotech a national priority, academics are putting their teams together, and experts at the Israel National Nanotech Initiative (INNI) report a whopping 150 percent growth of Israeli nanotech compared to recent years.

With achievements already in electronics, defense, software, communications, security and life sciences, Israel is seeing a surge in nanotechnology research and applications in many of its science labs, making it a top 10 in some fields. So says Dan Vilenski, board member of the INNI, a joint venture between the Israeli government, academia, and industry to bring Israeli nanotechnology achievements to life.

“Nano is the next wave after the semiconductor,” says Vilenski. “Nano is anything reduced to a size below 100 nanometers.” But scientists aren’t just scaling science down, they “are also changing properties, processes or the behavior of materials,” he adds.

“In 1947 the first transistor was invented and some people said this is going to be the future and that it will replace tubes,” says Vilenski, of the invention that is now the basis of modern electronics. “People thought [the transistor developers] were drunk and look what happened.”

Achieving so much with so little

Although Israel has big achievements to boast about, its innovation has been achieved with so little compared to funding dollars being put into nanotech in other countries. The US is putting over a billion dollars in research per annum into nanotech, and the European Union about the same. Israel, on the other hand is investing about $60 or 70 million per year.

To counter this, its researchers have banded together to create an impact by excelling in specialized fields, Vilenski tells ISRAEL21c. These nanotech areas include biology, materials or electronic materials, and water desalination/purification technologies.

Some of Israel’s most successful nanotech companies and their innovations will be on expo at the country’s first ever nanotechnology conference, NanoIsrael 2009, to be held at Jerusalem’s Inbal Hotel March 30-31. The event will be attended by members of Israel’s nanotech industry, academia, the investment community and the government, as well.

Held in cooperation with the INNI and the newly established nanotech centers at Israeli universities, the conference will be supported by the Jerusalem Development Authority and BioJerusalem. Talks and networking opportunities will hinge on the areas of nanomaterials, nanoelectronics, nanophotonics, nanobio, nanomedicine, and energy and the environment.

“We need to get out of the work crisis,” says Vilensky whose goal is “to identify golden eggs at the academy level, or in young entrepreneurs,” and then convert them into “golden nuggets.”

Apparently the egg to nuggets conversion works well in Israel. Why? Experts suggest a number of reasons. For a start, the country has a highly educated workforce – 20 percent of the population hold academic degrees, and out of every 10,000 employees, there are some 135 engineers.

Citing an EU-commissioned study, the INNI reports that the number of Israeli nanotech patents and publications ranks in the top three along with Switzerland and Germany. Measuring success by number of research groups in the country, numbers of engineers, research papers published and patents issued, Israel is clearly setting the stage for big things to come in the small world of nanotech.

“Nanotechnology is a natural enabler for Israel,” says the INNI. “In fact, our small size is also our advantage — it means sharper focus, more efficient use of funds, fewer commercial obstacles, rapid prototyping and testing, and higher quality standards.”

“Each has its own nanocenters and the results are very nice,” says Vilenski who has worked in top positions for two major tech accelerator groups in Israel: the United States-Israel Binational Science Foundation, and the Israel-US Binational Industrial Research and Development Foundation.

So far, the Tel Aviv based INNI has raised $250 million from investors, with the money earmarked for priority sectors. The money will go towards assisting young companies and setting up a national infrastructure to support nanotech.

So what nano technologies are emerging from Israel? The list is long. Scientists at the Weizmann Institute in Rehovot have developed “nanospheres” and have turned this invention into a novel company APNano Materials, which now markets an oil additive to keep your car’s motor humming.

The company claims NanoLub — its particle-based lubricant – can keep your engine free from an oil change and lube job for years. A special nanotech mechanism that works like the rolling of millions of miniature ball bearings, NanoLub reduces engine wear and tear and will keep your engine purring, some sources claim, for a decade.

The Rehovot-based company says its NanoLub dramatically outperforms every commercial solid lubricant found on the market today. It doesn’t stop there: the company is now working in the area of clean technology and is developing a special coating for use on solar panels to improve energy efficiency.

“ApNano Materials’ nanoparticles are excellent optical absorbing materials and among the best substances absorbing light in the visible and near infrared wavelengths,” says Dr. Menachem Genut, president and CEO of the company.
“Laboratory experiments have shown that our nanoparticles absorb at least 98% of the light in visible wavelengths.”

If NanoLub doesn’t get your engines roaring, consider Hebrew University’s Prof. Aaron Lewis, working on ATF, or atomic force microscopy. According to Vilenski, Lewis’ lab has developed a technology that makes imaging possible at the nano-scale. A first ever, “it’s being used for imaging material surfaces, to study and analyze the properties of new materials,” says Vilenski.

The nano-canary in the coalmine

If you are looking at tiny things, what about sunglasses coated with a nanotech-based material? In the beginning, the Israeli nanotech company KiloLambda developed a special optical power control for use in the fiber optics industry. Its optical fuse, one which blocks light in optical transmission lines, is today incorporated in the products of the US company Molex.

Beyond its work with Molex, KiloLambda has big plans to further extend its technology to new markets in cameras, windows, mirrors and the eyeglasses markets with “unsatisfied needs for better sunlight screening and filtering.”

Israeli scientists are not only working in communications, imaging and new materials applications. At Tel Aviv University, Prof. Yosi Shacham-Diamand recently reported advances on his new lab-on-chip that can monitor and alert water authorities almost in real time about water contamination. It’s an environmentally sound solution.

The chip is a breakthrough in the effort to keep water safe from pollution and bioterrorist threats. Through it, the scientists pair biology with the cutting-edge capabilities of nanotechnology.

“We’ve developed a platform — essentially a micro-sized, quarter-inch square ‘lab’ — employing genetically engineered bacteria that light up when presented with a stressor in water,” says Shacham-Diamand. Equipment on the little chip can work to help detect very tiny light levels produced by the bacteria.

Instead of using animals to help detect threats to a water supply: “Our system is based on a plastic chip that is more humane, much faster, more sensitive and much cheaper,” Shacham-Diamand says.

Israeli nanotech scientists think about beauty and health too: Imagine cosmetics, lipsticks, sunscreens and lotions that do the work, but which don’t get absorbed through the skin? Known to cause allergies or even cancer in some cases, there are certain ingredients we put on our skin that are better left on the outside.

This is the work and patented technology of Sol-Gel Technologies, an Israeli company that has found a way to microencapsulate active ingredients of materials in sunscreen, inside inert glass beads, so that the active ingredient is not absorbed into the body.

Developed at the Hebrew University, Sol-Gel is able to improve the safety, efficacy and tolerability, it says, of topical drugs. The company currently offers anti-acne treatments and drug delivery solutions.

With new research hatching on a constant basis, Israeli nanotech research and solutions are not only fascinating, but are also helping make the world a safer and better place. The only question left, is what will they think of next?