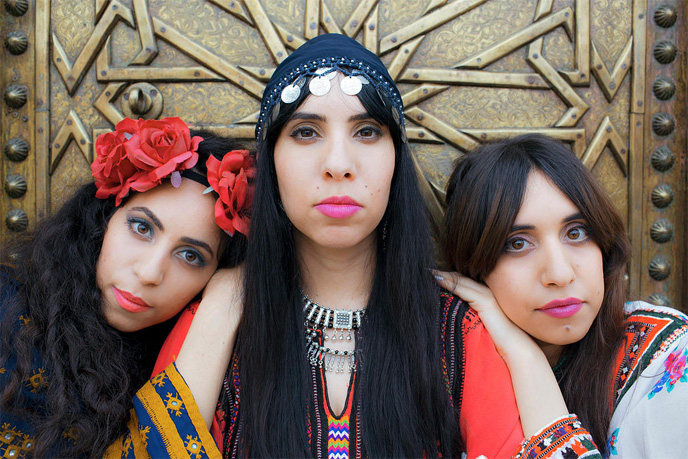 The Haim sisters are rocking the Arab world. No, not the American pop-rock sister act but rather the Israeli siblings Tair, Liron and Tagel. The official release of their music video, Habib Galbi, has propelled them to celebrity status throughout parts of Asia, Europe and the Middle East.

It’s not every day that a Muslim site highlights an Israeli band. But two days after its release, their Habib Galbi clip was chosen “video of the day” on the Mipsterz – Muslim Hipsters Facebook page.

The French media outlet Clique also featured the music video as “clip of the day.”

“We wanted to give our roots a modern revamp,” Tair Haim, the eldest sister, told Agenda magazine, about the music that features hip-hop beats layered on Yemenite melodies.

And though they’ve been uploading YouTube videos all along, it wasn’t until they uploaded a professionally made video with gorgeous cinematography to their first single on March 7, that they went viral across social media – and across political boundaries.

It helps that the video is top quality and that Tomer Yosef, of Balkan Beat Box fame, is their producer.

The sisters hail from a small desert village called Shaharut in Israel’s Arava Valley. On their website, they say that they were raised in a musical family with strong Yemenite roots.

The “A-WA album contains love and protest songs of women in the Yemeni-Arabic dialect, that were passed on as an oral tradition and were first recorded in the early 60’s by the Yemeni singer-songwriter Shlomo Moga’a,” the band’s site reads.

The sisters sing in Arabic. But it doesn’t matter if you can’t understand the words. The passion in their voices gets the message across. 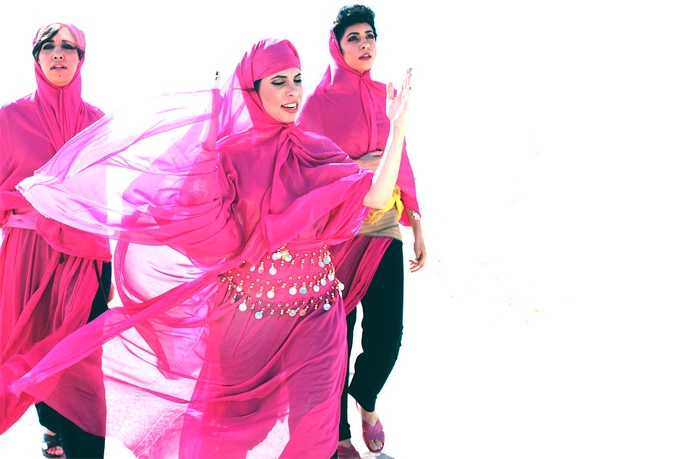 “They are secular folk songs, created and sung by women – and handed down from woman to woman via an oral tradition,” Tair Haim told Agenda magazine. “Each woman is allowed to add her own personal touch. That way, the tradition is kept alive and keeps finding its place in each new era. So we have taken something from our family roots and given it a modern, fresh twist. It is both old and very much alive. It is traditional, but thanks to the electronic beat young people can identify with it, too.”

The Habib Galbi clip highlights the music as well as the country’s landscapes, including Kibbutz Neot Semadar’s colorful Arts Center.

Fresh “twists” are rife in the vibrant video that shows the three sisters decked out in hot pink Sana’ani dresses and other colorful combinations of clothing, riding a jeep through the desert and battle-dancing three guys in identical track suits and hilarious modern-day fez caps.

Now, someone needs to tell award-winning American singer-songwriter Taylor Swift, who recently announced that the Haim sisters (the American ones) will be special guests on select shows on her US tour, to reach out to the Israeli Haim sisters and give them the opening-act slot for her expected June concert in Tel Aviv.