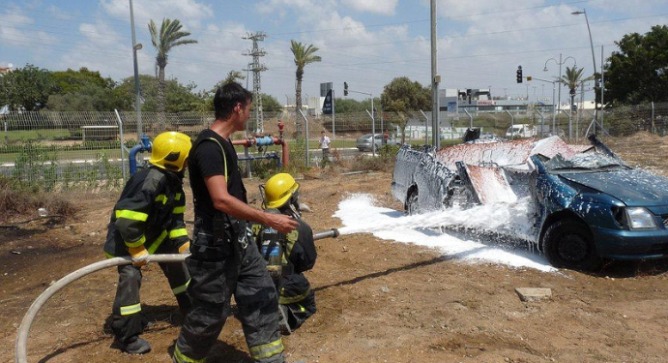 Scouts at the Fire and Rescue training school in Rishon LeZion. Photo courtesy of JNF

Not long ago, a fire broke out at a tire factory in the Beersheva industrial zone. Five firefighters raced to the scene, accompanied by 11 Fire Scouts – high school volunteers trained to perform essential background tasks such as laying down hoses and keeping all firefighting equipment functioning properly.

“It was inspiring to see them go through the process and to know that eventually many of them will become firefighters,” says Ariel Kotler, development officer for the Jewish National Fund’s operations in Israel.

As the Beersheva scene suggests, Israel’s Fire Scouts is not exactly equivalent to Fire Department Explorer programs for American and European youth. Firefighters at every one of Israel’s 103 fire stations depend on Fire Scouts to take care of critical tasks at a safe distance from the front lines.

“In Israel, there is one firefighter for every 7,500 thousand people, as compared to one for every 1,000 people in the United States,” says Yael Levontin, liaison between JNF and FIF. “There is a lack of manpower, so the Scouts are part of the integral system.”

Fire Scouts is one of the community-service choices available to every high school student beginning in 10th grade. About 1,500 Israeli teens are involved in the movement this year.

“It instills the value of helping others, shaping them into better citizens and better people,” Levontin tells ISRAEL21c. “They experience success and failure and teamwork.”

Many more boys and girls apply than can be accepted. An interview process determines if they have the right stuff for the difficult job of assisting at fire and accident scenes.

“We’re teaching these kids to run into a place that we’re teaching everyone else to run out of,” as Kotler puts it. “They have to be capable and courageous.”

In many Israeli communities, teens at risk receive special consideration as Fire Scouts. “A lot of the kids come from places where they don’t have anything productive to do after school, and instead they are taught about taking responsibility and they become part of a bigger community,” says Levontin.

“For kids from problematic homes, the firefighters are good role models and ‘big brothers.’ The program gives meaning to their lives and has a major impact,” Kotler tells ISRAEL21c.

During 50 hours of training at their local fire stations, scouts learn to operate fire trucks, ladders and hoses, as well as rescue techniques. They study how fires begin, spread and are extinguished, and how to handle gas leaks and dangerous chemicals. 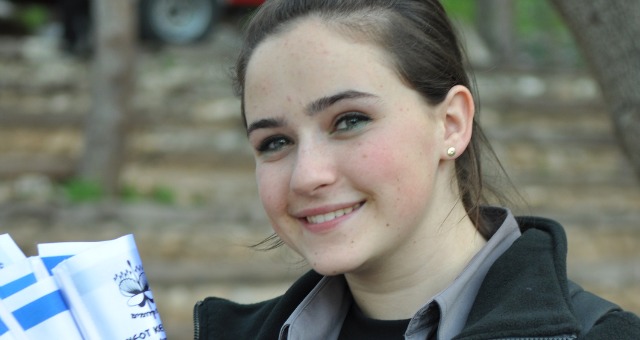 “After basic training, they are required to volunteer once every two weeks at the fire station, but I haven’t yet met a Fire Scout who doesn’t come more often,” says Kotler. “There is an adrenalin rush and an amazing feeling of riding on a fire truck, going to save lives, and then leaving the scene knowing you made a difference.”

According to Fire Scout Aryeh Levinson, 18, “It’s like a family there, and you feel you’re really doing something – you’re not just watching.”

Levinson began Fire Scouts with 10 boys from his sophomore class in Jerusalem, serving at two different stations over the next three years and helping out with house fires and forest fires. “A forest fire is scary but I didn’t feel I was in danger,” says Levinson, who emigrated with his family from New York seven years ago.

Now he is in a hesder yeshiva (combining army service and learning) in Sderot, and plans to continue volunteering at a fire station there. Eventually, he wants to be a firefighter. A couple of Israel’s current regional fire chiefs began as Fire Scouts.

In addition to ongoing training, scouts help patrol and secure large gatherings such as Independence Day celebrations. They also serve as “ambassadors” at school or community fire safety-education events.

Scouts save the day

Team Commander Shimon Chaim, a firefighter who supervised scouts for the last four years in Jerusalem, says the capital city’s 130 professional firefighters are assisted by more than 90 Fire Scouts.

“We make them into good people and good citizens. They’re not hanging out in the streets,” he tells ISRAEL21c. 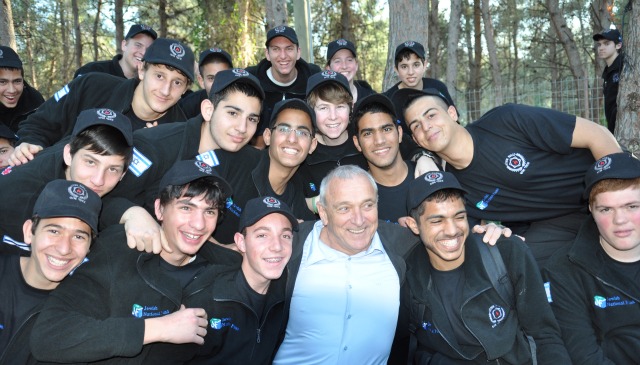 Fire Scouts with Minister of Public Security Yitzhak Aharonovich at an awards ceremony after completing training. Photo courtesy of JNF

In July 2010, a blaze in the Jerusalem Forest brought out firefighters from all six local stations, leaving few firefighters to handle other calls. When the Romema station was alerted to a house fire, the skeleton crew responded along with a team of Fire Scouts.

“They saved the day,” Chaim says. “They laid out the hoses and worked the pumps so the firefighters could go into the burning apartment, where they saved two 18-month-old babies. I don’t want to think about how it would have ended if not for the Scouts.”

One incident did not end as happily. In December 2010, Elad Riven, a Fire Scout from Haifa, saw the smoke of the Carmel Forest fire and left school to run and help. The uniformed 16-year-old soon came across a burning bus filled with Prison Service cadets going to evacuate a nearby jail. Tragically, Elad lost his life trying to save the cadets, 40 of whom died.

Following this disaster, the JNF and FIF stepped up their participation in the training and equipping of the Fire Scouts. Today, the teen volunteers are taken on heritage trips around Israel to better understand the land they are protecting, and their new uniforms make them more easily differentiated from professional firefighters.

Fire Scouts can connect through a Facebook page, and take part in monthly meetings and evaluations with their mentors.

“It gives us a lot of pride knowing we are training the next generation of firefighters,” says Kotler. “And it’s not just about that, but about being better people and giving rather than taking.”