On September 22, a delegation of medical and psychological experts from the emergency medical service (EMS) organization United Hatzalah departed from Israel for Puerto Rico.

The team, comprised of four members of the Psychotrauma and Crisis Response Unit (PCRU) as well as two emergency medical technicians (EMTs), will provide psychological and emotional stabilization as well as medical care to residents adversely affected by Hurricane Fiona and the resulting floods in various communities in the southern part of the Island.

Currently, there is no end date set for the mission, but the volunteers left their loved ones knowing that they will not be back in Israel in time for the High Holiday of Rosh Hashanah, which starts Sunday night.

“After contacting several community leaders in Puerto Rico and assessing needs based on their reports as well as other local sources, we decided to send a delegation to provide residents with emotional and psychological support and treat any medical issues that we find along the way,” said Vice President of Operations for United Hatzalah Dov Maisel.

“Our Psychotrauma and Crisis Response Unit has a lot of expertise in responding to disasters and we have seen that this aspect of treatment, focusing on mental health, is often overlooked in disaster areas.” 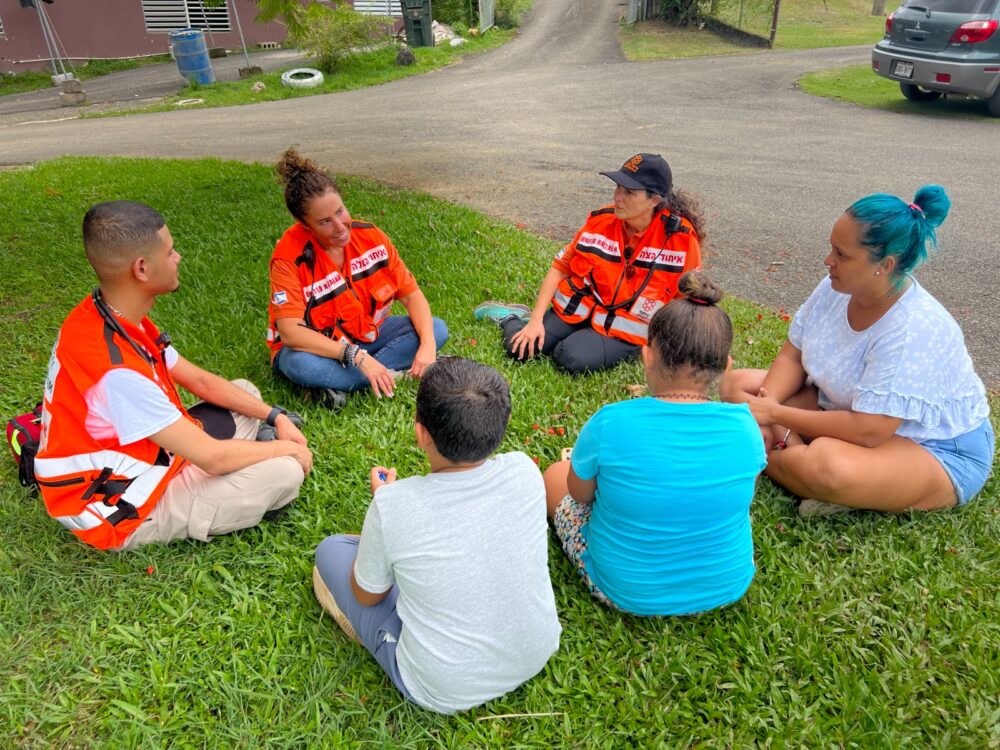 The PCRU has responded to several major incidents around the world following large-scale as well as more localized disasters. Some of the unit’s previous missions include responding to the Tree of Life synagogue shooting in Pittsburgh, Hurricanes Harvey and Irma, the Surfside building collapse in Florida, and most recently the war in Ukraine and the ensuing refugee crisis in the neighboring countries.

Liran Mazkeret, a volunteer EMT from Herzliya, said on Friday that the team had already met with several residents who were ill and exhausted.

“Some have been without enough water for many days and were on the verge of fainting. We gave them food and water and checked their vital signs. One person was in a very serious state and her vital signs were very low. We instructed her family to call emergency services and have the woman sent to the hospital as she required immediate medical care. There are a lot of people in need of help on the island, and we are focusing our efforts on the areas that have not yet been reached by other aid organizations or emergency services in order to lighten the burden on existing services and agencies. We are coordinating our efforts with local response organizations.”

Maisel said that bringing UH’s knowledge and experience to help the people of Puerto Rico comes with a clear message: “You are not alone.”