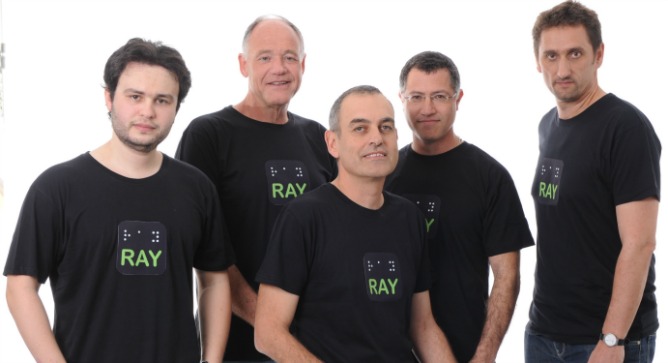 The world’s first smartphone for people with visual disabilities, already making daily life easier for many Israelis, is launching in the United States in collaboration with Qualcomm, Amazon and T-Mobile.

This ambitious idea took root when Michael Vakulenko, Boaz Zilberman and Arik Siegel began volunteering for the Israeli Library for the Blind about three years ago. Having led successful companies such as Fring and Giant Steps — and each with a “soft spot” for the vision-impaired community, as Zilberman puts it — they offered to help digitize access to the audio book collection.

At the time, members had to call the library to order the title, wait to receive the CD by mail, install a special reader on their computer, and then send back the disk when they were finished with the book.

“We thought how to make this content available on a smartphone, bringing the experience to the 21st century,” Vakulenko tells ISRAEL21c.

Library in My Pocket (SeferPhone, in Israel) eventually became reality, in partnership with the US-based Qualcomm Wireless Reach Initiative.

But along the way, the trio of high-tech execs became determined to offer a broader solution to a problem whose surface they had merely scratched.

“A visually impaired person depends daily on a large set of gadgets,” Vakulenko says. “They have to master a different user interface for each one, and drag around a whole suitcase of expensive accessories. An MP3 player for the visually impaired costs more than NIS 2,000, for example.”

The three men decided to start a company to put everything together in one cloud-connected, powerful smartphone powered by software designed especially for those without sight.

“This did not exist anywhere in the world. There have been multiple attempts to make smartphones accessible, but this is usually piecemeal solutions for specific tasks,” Vakulenko explains.

They believed that establishing a fully commercial platform for the device could narrow the growing digital divide between the sighted and the non-sighted.

“We who are sighted enjoy the benefits of digital access to commercial and public services, and that is not usually accessible to non-sighted people,” Vakulenko points out.

“Only about 10 percent of blind people can use PCs, and even less can use iPhones. Those who can’t are really left behind; missing out on the benefits that modern technology can give them.” 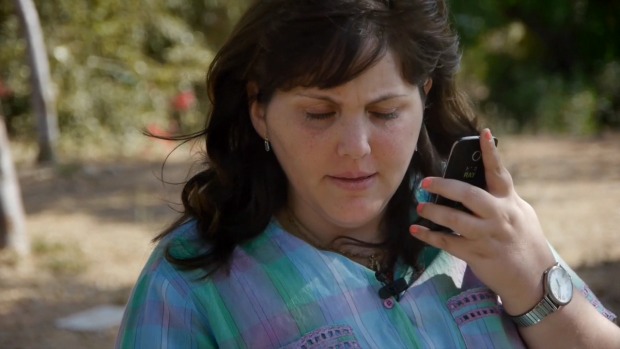 Karina uses RAY to order and listen to audio books.

Founded in January 2012 with funding from the Israeli Office of the Chief Scientist and Qualcomm, Project RAY resides in the Israeli incubator Explore Ventures. The first commercial version of the RAY smartphone launched in Israel within a year.

About 10 RAY devices are delivered every week, and several hundred customers are on a waiting list. There are some 27,000 legally blind Israelis, plus many others with severe visual disabilities that prevent them from using digital devices, Vakulenko says.

In the United States, the RAY phone and mobile package was introduced at the June 6 M-Enabling Summit in Washington, DC and is available through T-Mobile virtual network operator Odin Mobile, which provides mobile service for people with visual impairment.

Once they had their concept, Project RAY’s founders and staff of seven — two of them visually impaired – spent two years devising software for a flat touch-screen that a blind person could operate easily.

“We get the device as is from manufacturers, and put our software on top of it,” explains Zilberman. 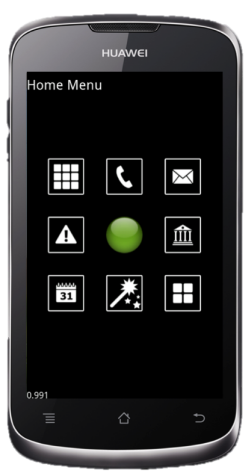 The RAY smartphone has a flat touch screen.

Braille wasn’t a practical solution because few of the world’s 285 million visually impaired people (39 million legally blind and 246 million with low vision) know how to read Braille bumps with their fingers.

“We finally made a breakthrough when we understood how to use a flat touch-screen without sight,” says Vakulenko.

Users need just about 30 minutes of training to learn how to touch the screen anywhere to create a dynamic user interface with an audio prompt. Lifting their finger selects the command.

In addition to the audio library app, the phone has SMS and GPS functions, as well as a calendar and address book synched with the cloud server so that a seeing person can populate them remotely.

A visual assistance app, coordinated through MobileWorks in Silicon Valley, allows the user to receive a real-time description of a photograph.

In development now is a transportation assistance application that guides users through the entire process of getting from Point A to Point B using public transportation and/or taxis.

“We are working on an ever-growing set of breakthrough services that weren’t possible before,” says Vakulenko. Soon, users will be able to point RAY’s camera at an obstacle blocking their path, and be talked around it by a family member or volunteer looking in real time at the picture transmitted from the RAY device.

“A big part of the value is really making the whole communal support system easier,” says Vakulenko. “For many people with visual disabilities, much of daily life involves family member support and RAY makes this safety net available to the blind user anytime, everywhere.”

UNCOVER ISRAEL - Get the ISRAEL21c
Weekly Edition free by email
Sign Up Now!
Bring Israel's story to life.
Millions of people around the world rely on us to gain a deeper understanding of Israel. We are the trusted source for original content you won't find anywhere else.
You can make a difference. Donate today to support journalism that brings Israel’s story alive.
SUPPORT ISRAEL21c
Read more on:   Project RAY, smartphone, Technology, Activism, Mobile, Social Action, Vision technologies