Imagine the perfect classroom for kids with attention and learning disorders: bouncy chairs made from yoga balls, distraction-free décor, walled-off study/tutoring cubicles, desks on wheels and a touch of the outdoors.

Only there’s no need to imagine it. The unique “Yes I Can!” classroom at Darca High School in Kiryat Malachi opened this school year. And if it proves to be a good working model, the Darca network will implement this totally Israeli innovation in its other 24 high schools serving the socio-economic periphery of Israel.

“The students already report that it is much easier for them to study and concentrate in the new classroom, thanks to the clean design – no notice boards, posters, accessories, decorations etc., as in a regular classroom,” principal Michal Hazan tells ISRAEL21c.

“This helps to create a calm atmosphere and minimize distractions. The three enclosed workstations for individual study also help in isolating students from the noise made by their classmates, as well as from visual interferences.”

Architect Lior Ben-Sheetrit, 32, chose the design details and furnishings for the 60-square-meter room after extensively observing the 55 students and talking with them and their teachers about the difficulties they experience in a standard setting. 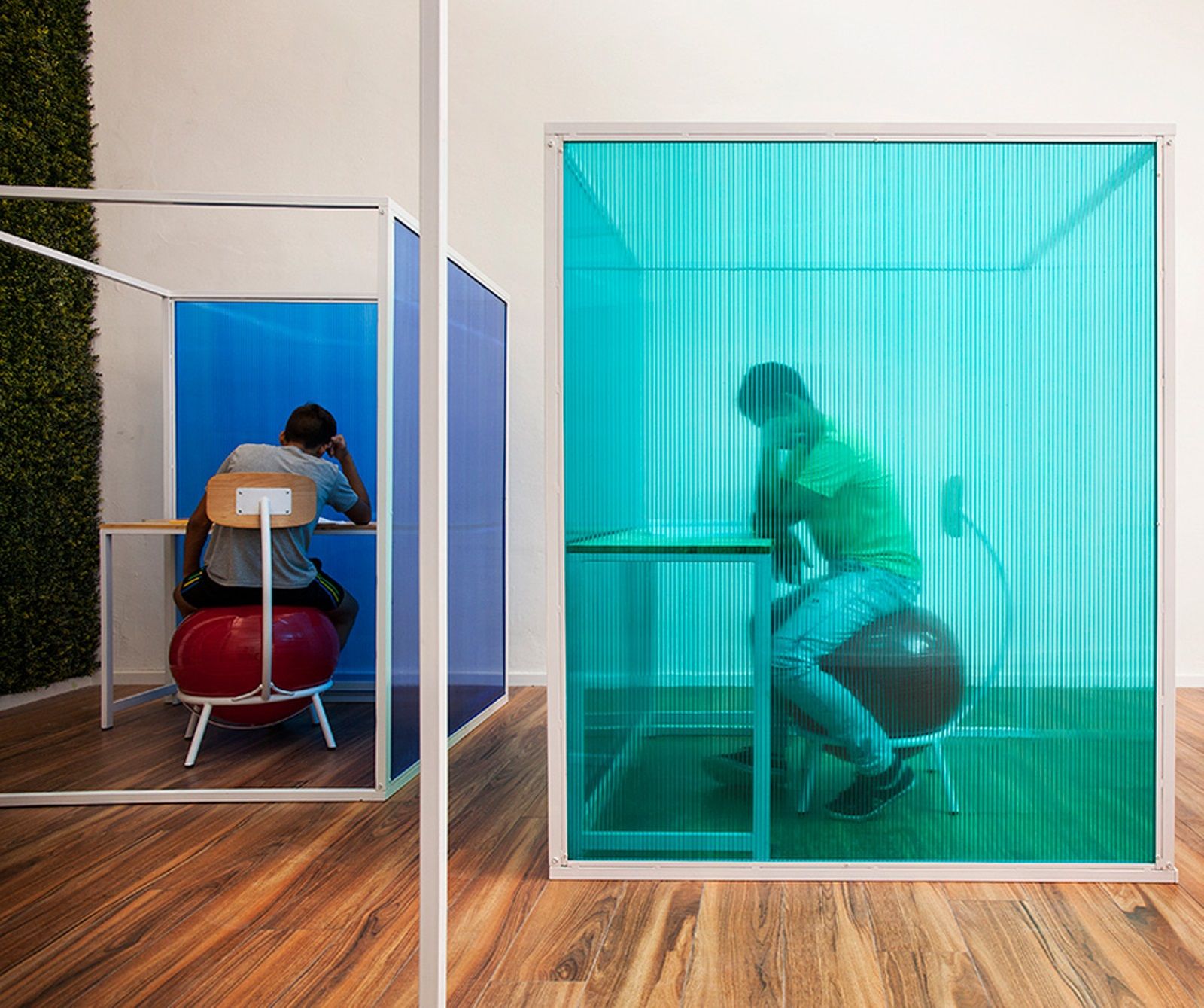 “For example, the students explained that it is very hard for them to sit on regular chairs and concentrate, while the teachers said that the students keep moving and shifting during classes,” says Hazan. “Thus, the chairs made of yoga balls within a frame were designed to channel the students’ energy and give it an outlet.”

Inspired by watching some of the kids playing the popular video game “Minecraft” — in which players break and build with blocks to create imaginative structures — the architect decided to incorporate simple geometric shapes and a “green wall” of vegetation to resemble the game’s environment.

Ben-Sheetrit was working with a ₪50,000 budget provided by donors including Israel’s Harel Insurance and Finance company, Kol Yisrael Haverim (KIAH) and the Rashi Foundation. The Darca network was established five years ago by the Rashi Foundation and KIAH with the support of the Education Ministry, joined in 2014 by the US-based Youth Renewal Fund.

“As a network, Darca joined forces in this project with Kol Yisrael Haverim and Harel Insurance company to experiment with different ways of dealing with challenges teachers face,” says Darca CEO Gil Pereg.

“It’s not about computers and walls, but about changing the way these kids see themselves.”

He explains that Darca takes over poorly performing schools and brings in new management and leadership from excellent schools throughout Israel to work with the existing staff. The 700-student junior-senior high school in Kiryat Malachi became part of the network two years ago.

“In Kiryat Malachi, we also built the kids a new library and we’ve added more teaching hours and STEM [science, technology, engineering and math] instruction, and new innovations like the Yes I Can! Classroom,” Pereg tells ISRAEL21c. 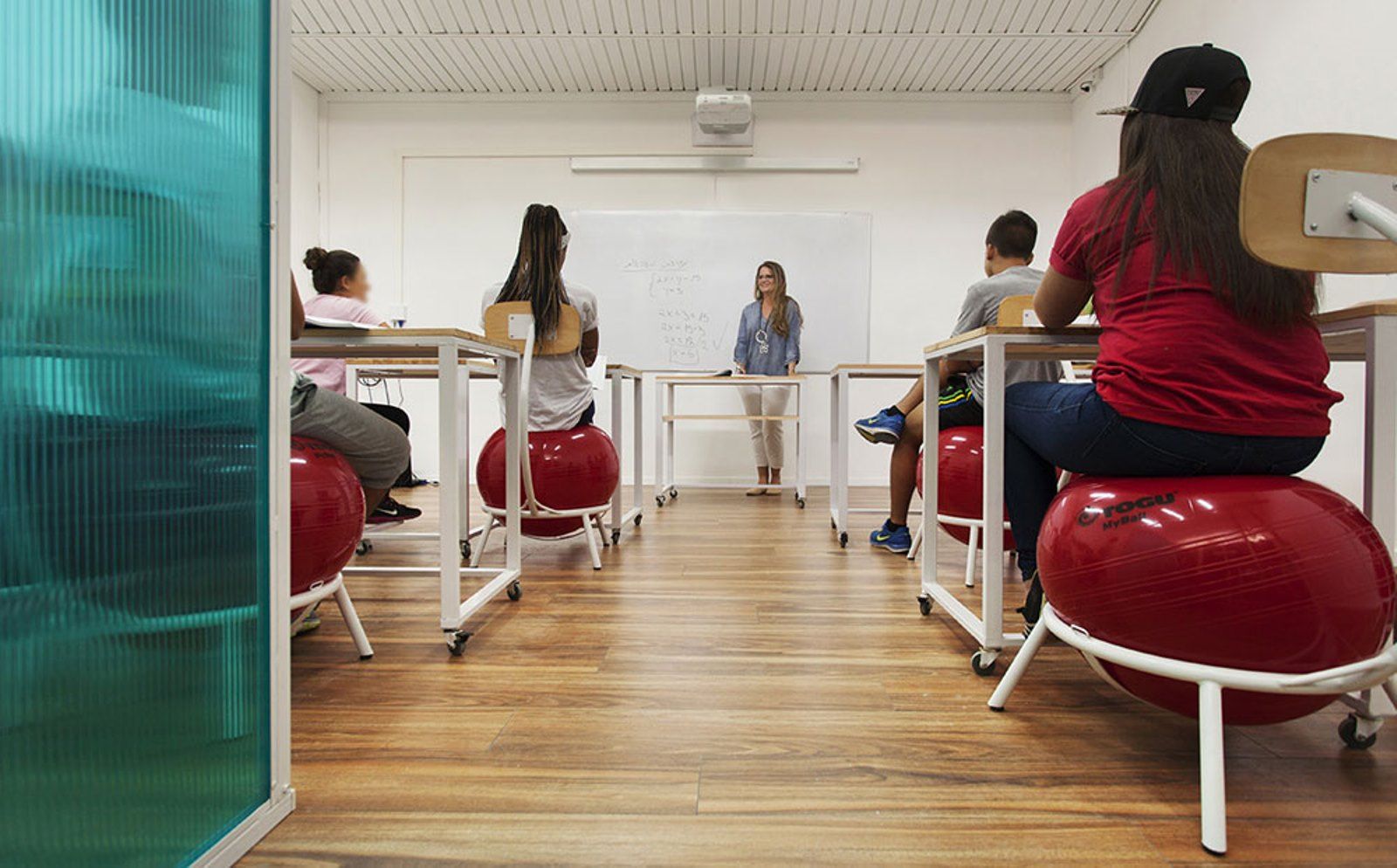 The students report that it is much easier for them to study and concentrate in the distraction-free classroom. Photo by Roi Mizrahi/Xnet

“Some of these ideas we find from other places around the globe, because we see ourselves as a laboratory for experimental solutions to the challenges of education in the 21st century. The [Yes I Can!] classroom is an example of Israeli design innovation, and in our Ashkelon and Bat Yam schools we’ve done something similar in the English language classrooms.”

However, he emphasizes, “In the end, it’s not about computers and walls, but about changing the way these kids see themselves,” noting that Darca schools are experiencing a huge rise in the number of students earning academic diplomas and considering higher education.

Pereg adds that Darca places an emphasis on involving parents in the educational journey. “What we do with the kids often has a direct effect on functioning of the entire family,” he says.

Hazan reports that parents of kids with ADHD and learning disabilities are “very excited both about the idea of creating a special class and about its beautiful realization.”

But nobody is as excited as the students themselves. “They greatly appreciate the efforts that were made for their benefit, and feel that the concept was developed with much respect for their needs and wishes and with the aim of creating a welcoming and aesthetic learning environment,” Hazan tells ISRAEL21c.