Firqat Alnoor Orchestra recorded an instrumental version of the Emirati song “Ahebak” on top of the Azrieli Circular Tower in Tel Aviv. Photo by Ela Uzan

Atop a soaring Tel Aviv skyscraper, an orchestra of Jewish, Muslim, Druze and Christian musicians from across Israel performed the Emirati song “Ahebak” (“I Love You”) in tribute to the historic Israel-UAE peace treaty.

Posted on September 15 to coincide with the Abraham Accords signing ceremony in Washington, the clip now has a quarter million YouTube views.

“It has made a lot of noise,” says Firqat Alnoor Orchestra co-founder and manager Hana Ftaya.

“The reactions are overwhelmingly positive. We weren’t surprised to get negative comments as well. We believe it will take time to change attitudes.”

But this orchestra’s mission is unique: to elevate Arabic musical traditions brought to Israel by immigrants from Eastern (Mizrahi) countries such as Iraq, Morocco and Egypt.

The 25 musicians comprise secular and religious men and women from the Galilee in the north to the Negev in the south and many points in between.

“We just care about the music and not the politics,” Ftaya tells ISRAEL21c. “We really feel like a family. All my musicians tell me it doesn’t feel like they’re coming to work. We all love each other.”

And that is the spirit in which “Ahebak” was conceived.

Composed by Hussain Al Jassmi with lyrics by Ahmed Alsanea, the 2018 recording is popular across the Arab world and has been covered by a variety of artists – although never before by an Israeli orchestra dedicated to Arabic music.

“The news about the peace accords made us very happy and we wanted to make a homage to it,” explains Ftaya.

Producer Ronen Peled Hadad decided to shoot the clip at 6 in the morning on the roof of the 187-meter (614-foot) Azrieli Circular Tower in homage to Burj Khalifa in Dubai, at 830 meters the tallest edifice in the world.

Scenes of the orchestra members on their way to the Tel Aviv landmark pay subtle homage to the Israeli film (and later Broadway play) “The Band’s Visit,” where an Egyptian band comes to Israel to perform and awkwardly winds up in the wrong town.

“We say that any orchestra from any Arab country will be welcome, with respect and cooperation,” says Ftaya.

They discovered a shared desire to raise the profile of Mizrahi music in Israel. From 1948 to 1993, the Kol Israel Arabic Orchestra performed on television every Saturday night with some of the best talents in the business.

“That was our model,” says Ftaya. After much hard work, Firqat Alnoor (Arabic for “orchestra of light”) came together about seven years ago.

“We decided to try and find all the musicians who were playing Arabic music since the day they were born, more or less, but had no orchestra to play in. We started with 10 or 12, and other musicians joined us out of a passion for the music. Many of them from the Jerusalem Academy of Music and Dance were from a Western orientation, but they were talented enough to make the switch to EasternArabic music.”

The instruments include the stringed lap-played kanun, the oud, the Arabic flute (nay), contrabass, cello, violins and percussion — the goblet-shaped darbuka, and daf and bendir frame drums.

Cohen, the orchestra’s musical director, plays the darbuka and conducts the other musicians at the same time. The orchestra uses no written score.

“All the compositions are in our heads,” says Ftaya.

She explained that this score-free style of music was passed from father to son over many generations.

“Women were not included in that circle, so it’s not easy to find women who have a natural ear for that style. Now almost a third of our members are women and we are very proud of that.”

‘Playing the music we love’

The orchestra rehearses twice a week “when there’s no corona,” says Ftaya.

They get by on a budget provided by the Ministry of Culture and Sport, and hope to find a supporter “who will come and say, ‘I want to help you achieve your dream.’”

Part of that dream, she says, is to have joint performances with musicians from any Arab country. “We’d be very, very happy to appear anyplace that invites us to bring our special message and our love of music.” 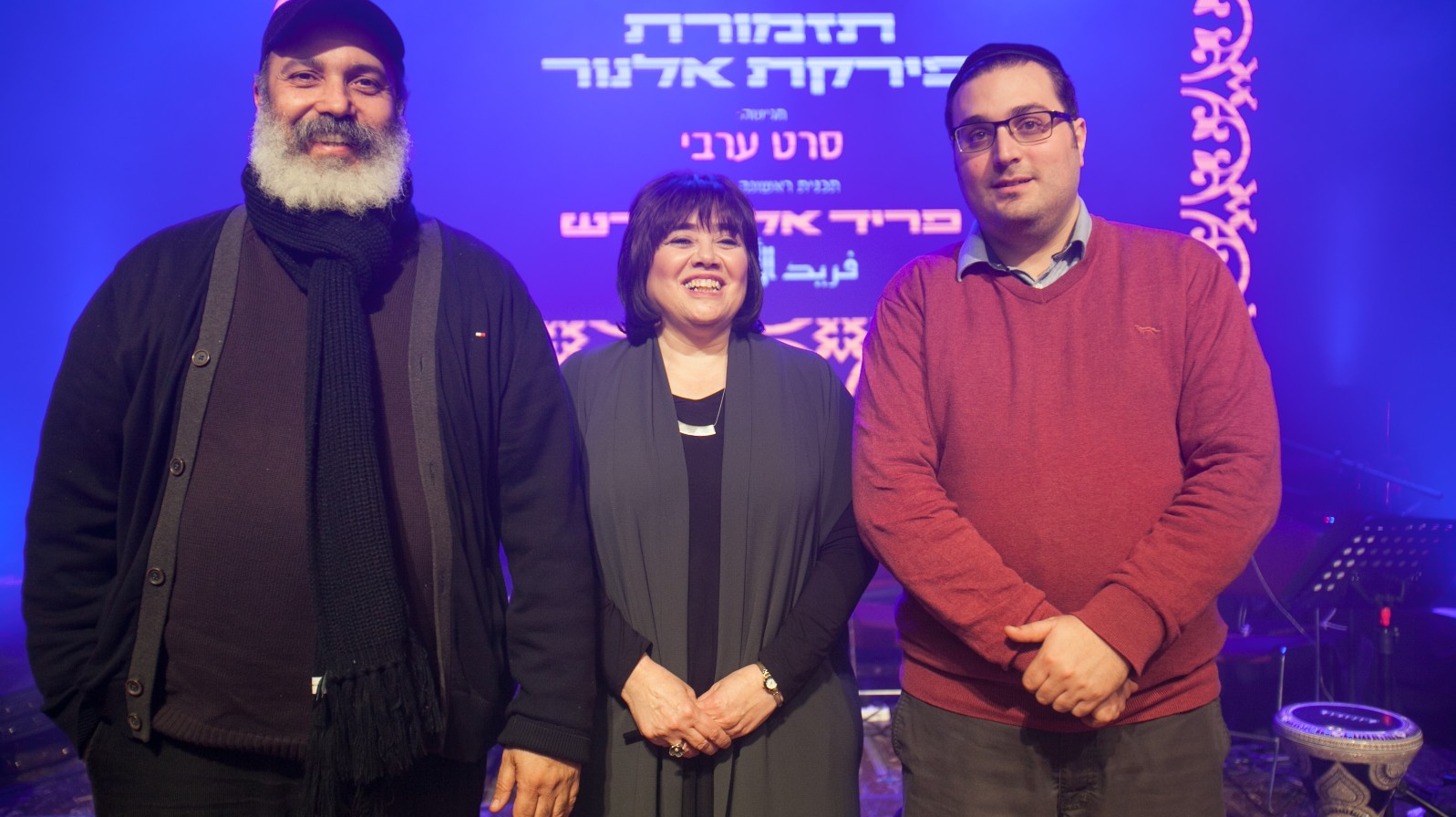 Meanwhile, Hadad is producing high-quality videos of the orchestra. One production made in June, after the first Covid wave had subsided in Israel, shows the musicians dining and playing in Hadad’s garden together. The video intersperses clips of the cooking process (Cohen made most of the food).

A virtual concert for a Cairo audience is coming up next, organized by the Ministry of Foreign Affairs and Israel’s embassy in Cairo. The orchestra also is recording an album of classic Mizrahi compositions.

“We are playing the music we love and the art we want to create,” says Ftaya. “We have many achievements we’d only dreamed about five years ago.”