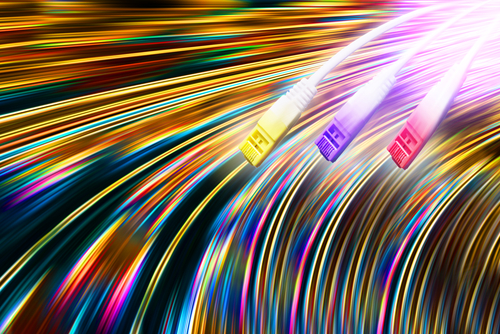 A new report says Israel saw the highest rate of growth in internet speed in the world in 2012. (Shutterstock.com)

Akamai, a global cloud platform company that specializes in accelerating Internet speeds and increasing the efficiency of data transfer over the Internet, reported that Israel saw the highest rate of growth in internet speed in the world last year.

In 2010, Akamai reported that Israel’s average speed was just three megabytes per second. At the beginning of 2013, Israel enjoyed seven megabytes per second. The report pointed to infrastructure investments made by Bezeq and HOT Telecommunication Systems as the reason for the marked improvement.

Akamai also said that the implementation of an Israel Electric Corporation plan to build an above-ground fiber optic network to compete with Bezeq and HOT should dramatically increase Israel’s average Internet speed in the future.