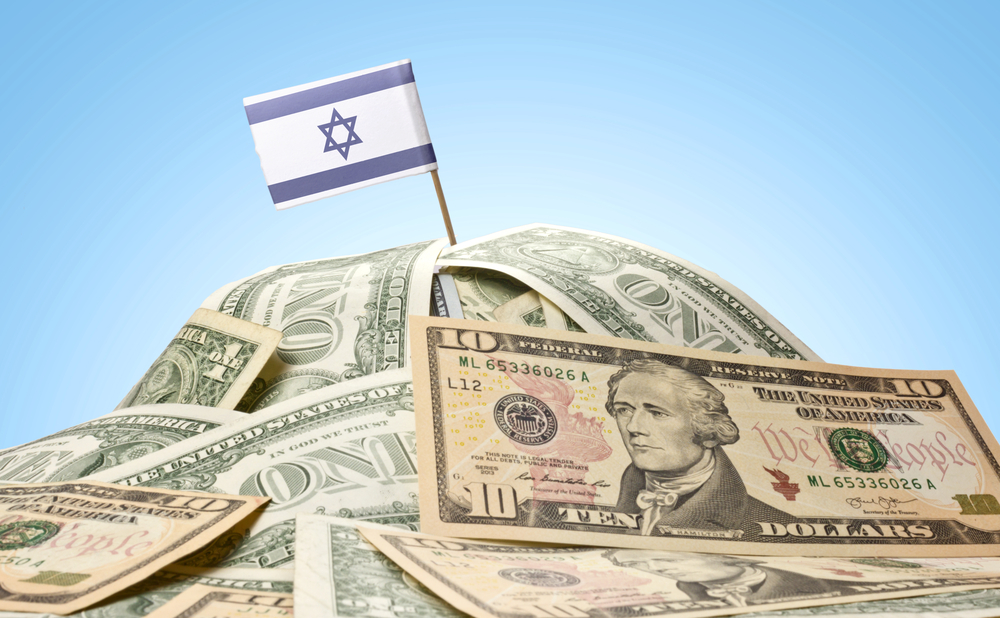 The forecasts of wobbly world economies and an Israeli civilian workforce in need of more human resources did not stop the cash flow of investments into Israeli startups in the first half of 2016. In fact, Israeli high-tech capital raising reached an amazing $2.8 billion in the first six months of the year, according to a report by IVC Research Center.

“There’s no question that investors are still very confident in Israel. Good companies will always raise [money],” Amit Karp, a vice president at Bessemer Venture Partners and who focuses on investments in Israel and Europe, tells ISRAEL21c.

According to the report, most of the money invested in the first months of the year went to life-sciences and software companies. There were also investments in communications, Internet, cleantech, semiconductors and other sectors.

“Despite the slowdown reported in high-tech capital raising and venture capital investments in the United States, and until now – despite various forecasts published lately regarding the industry in Israel – the results of the first quarter of 2016 indicate stability,” said Koby Simana, CEO of IVC Research Center, which analyzes and monitors Israel’s high-tech industry.

“All indicators point to a healthy and vibrant ecosystem that continues to mature and generate new companies. We are in the middle of the summer, and it seems that economic winter is not quite around the corner. Having said that, there is no doubt a significant portion of the growth capital recently raised was induced by the need to prepare for a rainy day,” said Ofer Sela, partner at KPMG Somekh Chaikin’s technology group.

Other big investments include a $9 million financing round for cybersecurity startup enSilo; United Overseas Bank Limited (UOB)’s $10 million in OurCrowd; $50 million in Series B funding for augmented-reality startup Meta; online assistance platform toolkit provider WalkMe‘s $50 million Series E funding; a $25 million investment round by EarlySense, a leader in contact-free continuous monitoring solutions; and storage startup Weka.IO’s VC-backed funding round worth $22.25 million, among many others.

The high-flying first half of year investment results are in part thanks to continued increase in deals above $20 million.

“The clear increase in large deals is driven by the enhanced activity of foreign investors – primarily corporate investors and VC funds – in growth-stage companies,” said Simana. “However, the increase is not limited to top-tier deals. We are also seeing an increase in low- to mid-range deals, with those between $5 million and $10 million jumping 50 percent, to a record $234 million. This across-the-board trend leads us to believe 2016 will continue to be strong in capital raising, with a projected 20 percent year-on-year increase, or about $5.3 billion in total to be raised by the end of the year.”

In June alone, Israeli startups raised $561.4 million. The month of May brought in $327 million.

“There is still much available cash around, ready to be invested, and a significant number of interesting companies that are good candidates for investments. On the other hand, there is fear that the global technology market is about to shrink. Nevertheless, the amount of available cash and attractive companies have their pull – as can be seen from the total volume of investments this [first] quarter, the industry is hard at work and the investors are still in the game,” said Sela of KPMG Somekh Chaikin.

Meanwhile, venture-capital commitments set off at a running pace this year. In the first two months of 2016, investment firms in Israel received more than $665 million in new pledges.

One of the newest investors in Israeli high-tech is Bill Gates. According to Globes, Gates invested indirectly in the MEDX Xelerator, a new incubator specializing in medical equipment and digital medicine. The four partners in the incubator are Sheba Medical Center, Boston Scientific, MEDX Ventures Group and the Intellectual Ventures Company (in which Gates is an investor).

The partners committed to an investment of $65 million over eight years in the incubators’ companies and graduates.

IVC shows that in the first six months of the year, VC-backed investments  topped $1.882 billion. There were 117 VC-backed deals accounting for a record $1.1 billion in Q2 and 97 deals worth $782 million in Q1.

TLV partners, a Tel Aviv based VC dedicated to investing in innovative A-round startups, announced a $115 million fund in February.

In May, Kuang-Chi, a Shenzhen-based technology conglomerate, announced its Kuang-Chi GCI Fund & Incubator combining investment in early- to mid-stage Israeli and global companies with incubation by the Chinese tech giant. The newly established international innovation fund – based in Israel — has an initial mandate of $50 million, which is planned to grow to $300 million within the next three years.

“Israel is a compelling locus of life-sciences innovation, on par with top regions in the US and Europe,” said Jonathan Silverstein, co-head of OrbiMed’s global private equity effort. “With this fund we will further accelerate our investment pace in Israel and help nurture local innovations into leading healthcare companies.”

Interestingly, in the first six months of the year, some 57% of the deals included at least one foreign VC investor, compared to a 32% average in the first half of the previous two years, according to the IVC report.

Bloomberg’s early June report on foreign capital flow into Israel stated that international investors are interested in Israeli startups because the “economy is expected to grow 2.8 percent this year compared with 1.8 percent for the US and the European Union.”

“We don’t have a problem with foreign investment in Israel — on the contrary,” Naveh told Bloomberg.

“Good companies always keep raising [funds]; Israel’s startup community is doing well. We keep seeing great companies,” BVP’s Karp tells ISRAEL21c. “Good investors don’t change their minds every year because of the economy. I think most of the investors that are here are committed to Israel; they have people on the ground. They have a very long runway and they don’t have to show results every year, so I don’t think we’ll see any change [for the rest of 2016].”