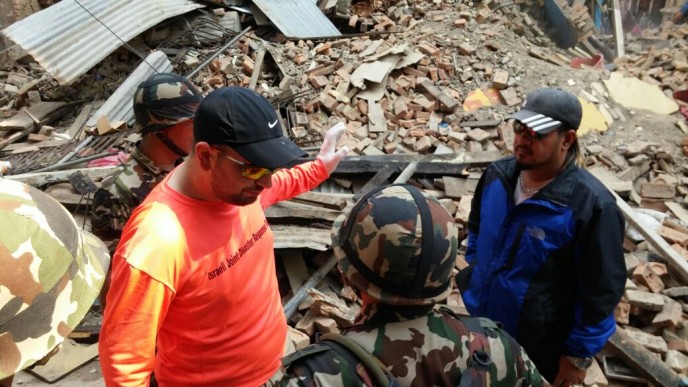 ZAKA International Rescue Unit head Mati Goldstein was part of a three-man advance team that went to Nepal to assess the situation, begin work and prepare the necessary logistics for the rest of the team. Photo courtesy of ZAKA

ZAKA International Rescue Unit head Mati Goldstein was part of a three-man advance team that went to Nepal to assess the situation, begin work and prepare the necessary logistics for the rest of the team. Photo courtesy of ZAKA

Israeli innovations like the Emergency Bandage and the Pocket BVM, a manual ventilator to assist people who are not breathing, are just two of the technologies that are being put to use in saving lives in earthquake-stricken Nepal.

According to Israeli paramedic Dov Maisel, speaking to ISRAEL21c from Nepal’s badly-damaged capital, Kathmandu, a number of innovative Israeli technologies have been packed into 60 cases of medical and search-and-rescue equipment arriving at Kathmandu today for his 25-member Israeli disaster response team.

“A lot of our equipment is Israeli-made,” said Maisel, a volunteer with Israel’s United Hatzalah voluntary emergency response network and director of international operations for IsraeLife, an umbrella organization for which he is coordinating a joint disaster response team from United Hatzalah, ZAKA and FIRST rescue and recovery nonprofits.

The Emergency Bandage has a built-in pressure bar to stop bleeding and was invented by a former combat medic in the Israel Defense Force. It’s been credited for saving lives of US servicemen in Iraq, as well as Arizona Congresswoman Gabrielle Giffords.

Another cutting-edge technology from the Israeli battlefield is being used in the IDF’s field hospital in Kathmandu: freeze-dried blood powder that can be mixed with water to give transfusions. “If you are taking plasma of patients you have to keep it frozen and it won’t survive. With this, you just add water and it’s like fresh plasma. We’ve used it in other missions and it’s very helpful,” says Col. Dr. Ofer Merin, medical commander of the IDF field hospital.

“It works most of the time here,” said Maisel, explaining that reception is spotty and there is no electricity outside Kathmandu to charge mobile devices.

“As we’re driving around Kathmandu, I see a relief van at the side of the road distributing food, with a line of 100 people behind it in an orderly queue,” he said.

“The people here believe in karma, so there’s acceptance. But most are not sleeping in their houses, either because of fear of additional aftershocks or because of damage to their house. Every piece of ground in the city is covered with tents.” 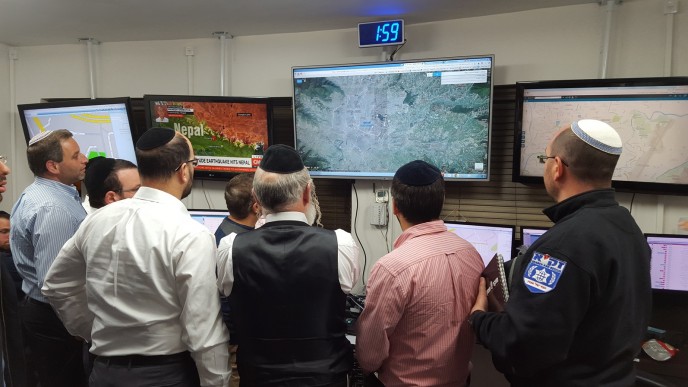 A strategy meeting before the delegation took off. In the vest is Yehuda Meshi-Zahav, founder of ZAKA rescue-and-recovery organization.

He added, however, that the real humanitarian disaster is in Gorkha, a rural area three hours northwest of Kathmandu. “We’ll get there early tomorrow morning,” said Maisel, who is waiting for the second half of his joint delegation to land in Nepal.

Maisel and his colleagues arrived in Nepal after a long flight that took them through Hong Kong and Bangladesh. The delegation has secured six jeeps, generators and water and intends to spend two or three weeks rescuing victims, retrieving corpses and treating the injured.

“After we set up camp in Gorkha and start building frontline clinics, we’ll provide community care, not just for those affected by the quake, but also vaccines, antibiotics and bandages. They have none of that at the moment,” Maisel said. “There are many rescue units here from different countries and there’s a lot to do everywhere.”

The crew brought much of its own food, including kosher energy and chocolate bars, but expects to eat sparingly while in Nepal. Maisel, a 40-year-old resident of Ramle, said that so far he has not seen actual food shortages, but acknowledged that many grocery stores are closed.

The earthquake and its aftershocks shook the entire Himalayan region, killing at least 4,300 people, a number that is still rising. According to recent reports, more than 5,000 people are injured.

Most of the 600 Israelis in Nepal for backpack tourism or to pick up babies born to surrogate mothers have been located. This afternoon, Israel’s Foreign Ministry announced that the number of Israelis unaccounted for has gone down from 50 to 11. 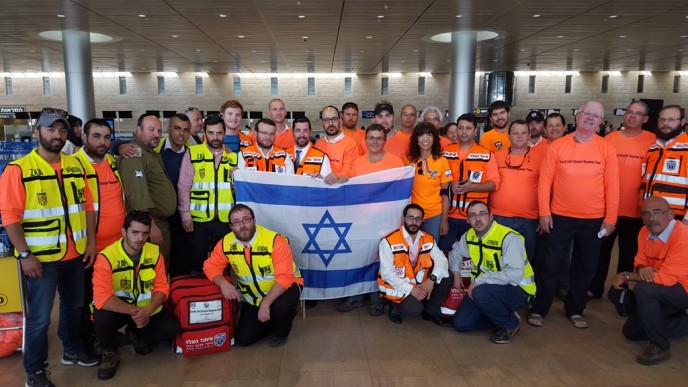 The first half of the joint IsraeLife delegation heading to Nepal from Tel Aviv, April 27. Photo courtesy of IsraeLife Foundation

As of today, more than 338 Israelis – including infants and parents, and injured Israelis and tourists – have been airlifted home by the IDF and other organizations including Magen David Adom. Israeli Ambassador to Nepal, Yaron Meir told Israel Radio that two helicopters are attempting to rescue about 60 Israeli hikers in Langtang National Park.

Eli Pollak, CEO of IsraeLife, noted that all those in the 25-member joint delegation have experience from other disasters, such as in Japan, Haiti and the Philippines.

“We decided to enlist the cooperation of the prominent Israeli emergency agencies in order to maximize the capabilities of the delegation, which is made up of experts in serving the needs of the disaster area. We are preparing for a long stay that will provide solutions to the Israelis living in Nepal and local residents,” Pollak said.

Maisel says his participation in the mission is tough on his family. “They’re proud, but not happy. My son earlier today asked when I’m coming home, and I just got here.”

In another high-tech twist to the story, three Israeli humanitarian aid organizations (Magen David Adom, Tevel B’Tzedek and the 3 Million Club) are raising funds for specific needs in Nepal, such as food and medical supplies, jointly through give2gether, an intelligent online fundraising platform where 100 percent of the donations will go to helping those affected by the earthquake. 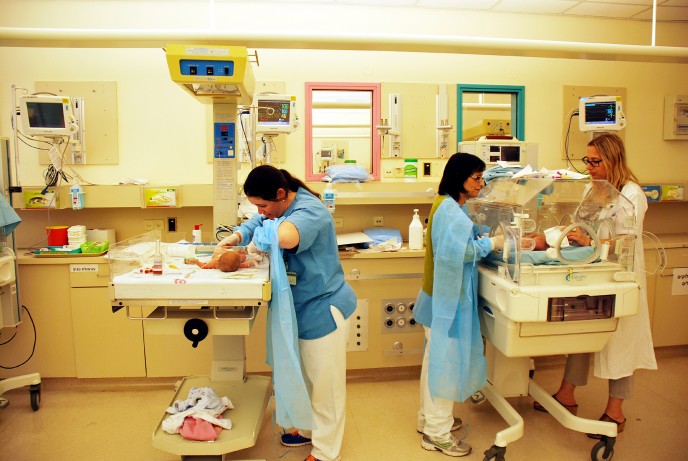