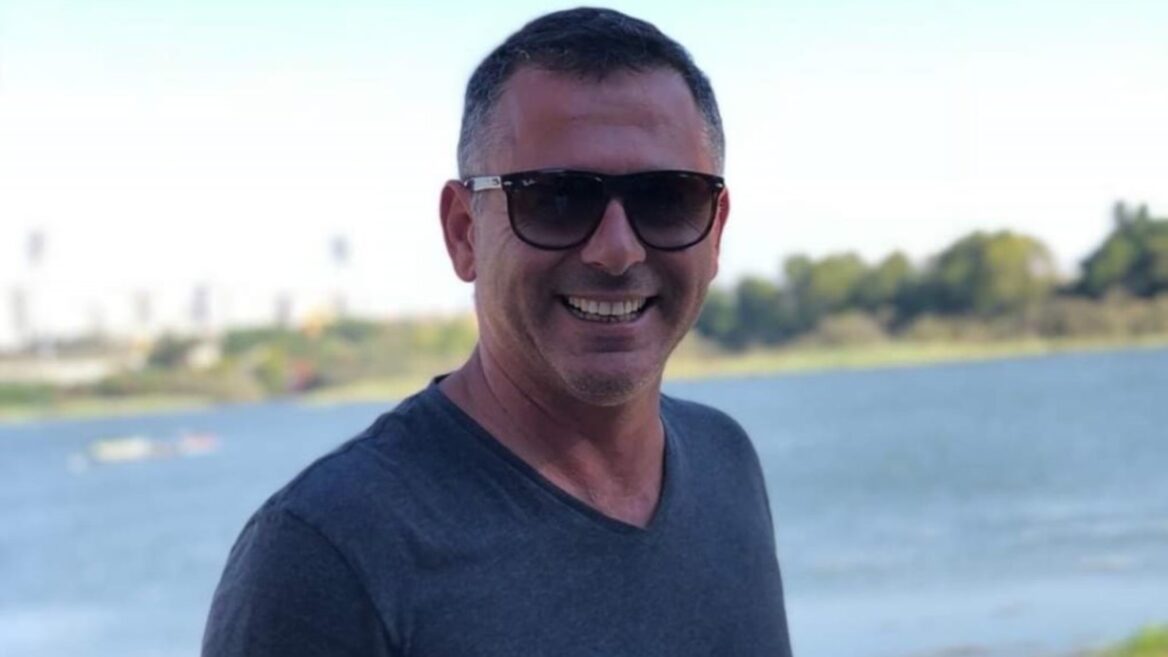 It was a rare and touching moment stemming from a tragedy: Jewish and Bedouin mourners joining to pay their final respects to 45-year-old Michael Ben Zikri.

On July 3, the newlywed and father of three from Ashdod drowned after rescuing a Bedouin Arab family from a sinkhole in Nahal Shikma, a manmade lake south of Ashkelon.

Ben Zikri’s widow, Cheli, reported that the water was no deeper than a wading pool and so she was puzzled when someone appeared to be in distress. Her husband handed her his sunglasses and said, “Go to the beach, I’m going to save them.”

On her way back to shore, she herself got stuck in a sinkhole and had to be helped out. Later, she directed rescue services to where she’d last seen her husband and they recovered his body. Apparently, the effort of saving four members of the al-Karem family had left him with no strength to save himself.

The rescued woman and the children, aged 14, 10 and 7, were released from the hospital on July 5. On that same day, their extended al-Karem family from the Bedouin village of Hura came to Ben Zikri’s funeral in Ashkelon.

A group of boys from the village came with a hand-lettered Hebrew sign saying: “Thanks and appreciation for your bravery. Condolences to the family. The youth of Hura.” A local Hura official spoke at the cemetery and announced plans to name a street after the Jewish hero, saying, “We residents of Hura will always remember Michael for the noble deed he did.”

Ayman Odeh, a leading Arab Israeli politician, declared that “we will make sure his noble act will influence the next generations of Jews and Arabs.”

Israel as symbol of coexistence

Reactions from the Arab world came from way beyond Israel.

“We shared Ben Zikri’s story on the Israel Foreign Ministry’s social media accounts in Arabic and Persian, and millions of people around the Muslim world read the posts,” Gonen tells ISRAEL21c.

“There were tens of thousands of comments from individuals touched by this story and who shared their condolences with Ben Zikri’s family. Social media users repeatedly referred to Ben Zikri as a hero and praised his courageous and humanitarian act.

“Many noted that human kindness has no religion and some even mentioned Israel as a symbol of coexistence, as the story involved both Jewish and Muslim families,” says Gonen. 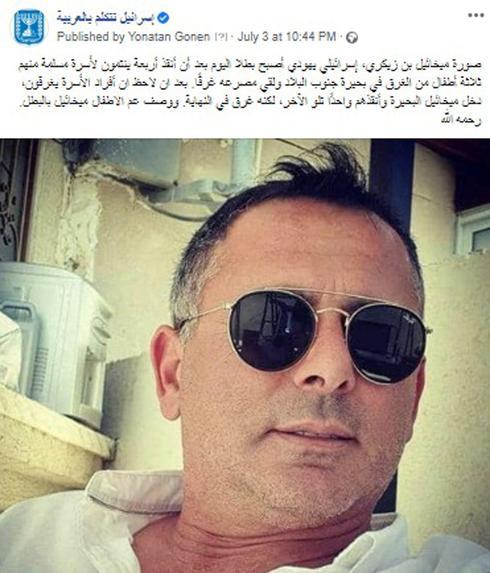 “On the one hand, we were not surprised by these responses, as Ben Zikri’s selfless actions moved even those who are generally hostile towards Israel. These kind of human interest and inspiring stories are the bread and butter for social media pages which are looking to create impactful and moving content,” he says.

“However, we did not expect the overwhelming amount of sympathetic and positive comments from our followers, since we are used to receiving negative reactions as well.”

Supportive messages about Ben Zikri’s heroism came in from people in Muslim countries including Egypt, Iraq, Morocco, Oman and Syria.

“This is true humanitarianism. There is no difference between humans. God has taught us to love one another,” commented one Iraqi.

“This is the people of Israel who love all and help all,” posted another Iraqi.

The race-blind heroism of Ben Zikri – married just four months ago – is reverberating throughout the region.

Tag Meir, a grassroots coalition of organizations that works against hate crimes and religious racism in Israel, sent a Jewish-Arab delegation to comfort Ben Zikri’s family.

“Michael was known as a talented landscape gardener in Ashkelon and the surrounding area. We expressed our appreciation of Michael’s heroic deeds, noting that this was not only recognized in Israel but also in the Arab media. The conversation took place in Arabic and Hebrew intermittently, after it became clear that some of Ben Zikri’s family had a good command of Arabic from their childhood,” the organization shared on Facebook.

President Reuven Rivlin has invited Ben Zikri’s children, widow, and members of the al-Karem family to a special award ceremony where BenZikri will posthumously receive the newly created Civil Medal of Distinguished Service.