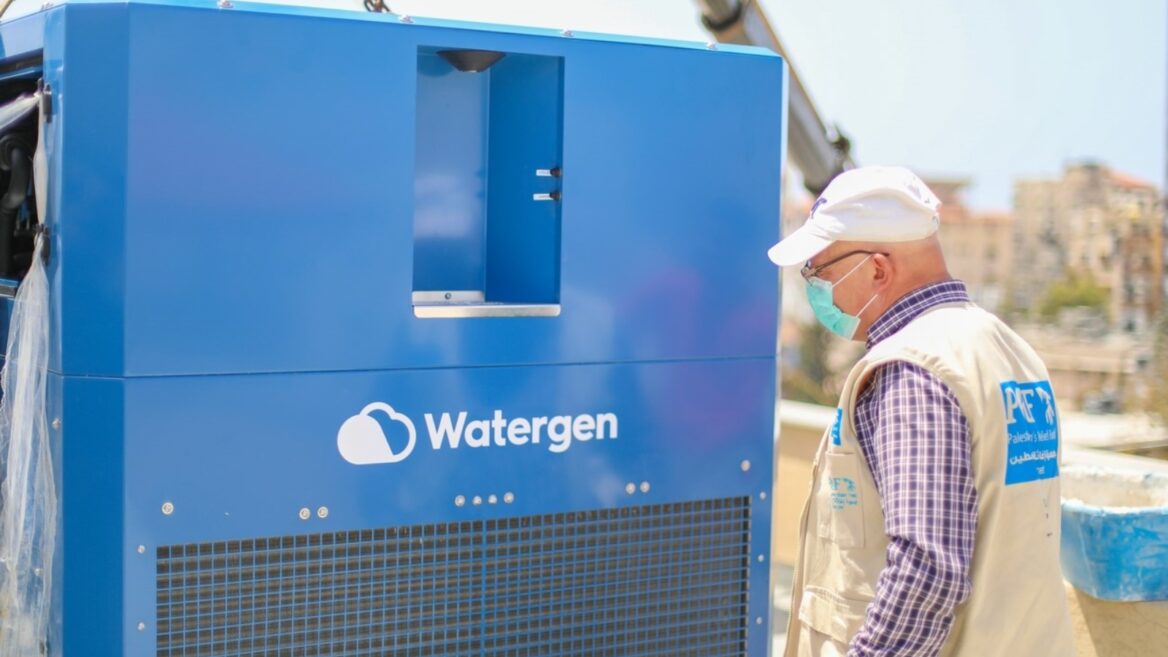 Children and staff at Gaza’s only pediatric cancer hospital now have access to safe drinking water thanks to an atmospheric water generator (AWG) from Israel’s Watergen.

Pulling water out of air is a remarkable feat. And so was getting the 780-kilo GEN-M machine to Gaza City from Israel via the Kerem Shalom border crossing.

Due to ongoing attacks launched from the Hamas-ruled Gaza Strip, Israel carefully controls the transfer of materials through Kerem Shalom. And the coronavirus crisis has further limited cross-border activity.

But Watergen President Michael Mirilashvili was determined to help once he found out about the hospital’s dire need from Fayez Husseini of Mayet Al Ahel, a Palestinian Authority company that facilitates water and power projects in Gaza. (Mayet Al Ahel means “community drinking water” in Arabic.)

“When the Palestine Children’s Relief Fund informed us of the water situation and how it is affecting the cancer ward, the project and timing were challenging,” Husseini said.

“It came during the early global coronavirus lockdown; we did not know if we could find a partner to work with us and we were not sure if we could even move anything into Gaza as everything was shutting down,” he continued.

“We knew that Watergen technology would work for our design but were not sure of the timing as the urgency was mounting. We needed a miracle, so we had no choice but to try to invent a solution to ensure the children had access to clean water as the coronavirus in Gaza started to spread. We met Watergen and two weeks later the machine was in Gaza.” 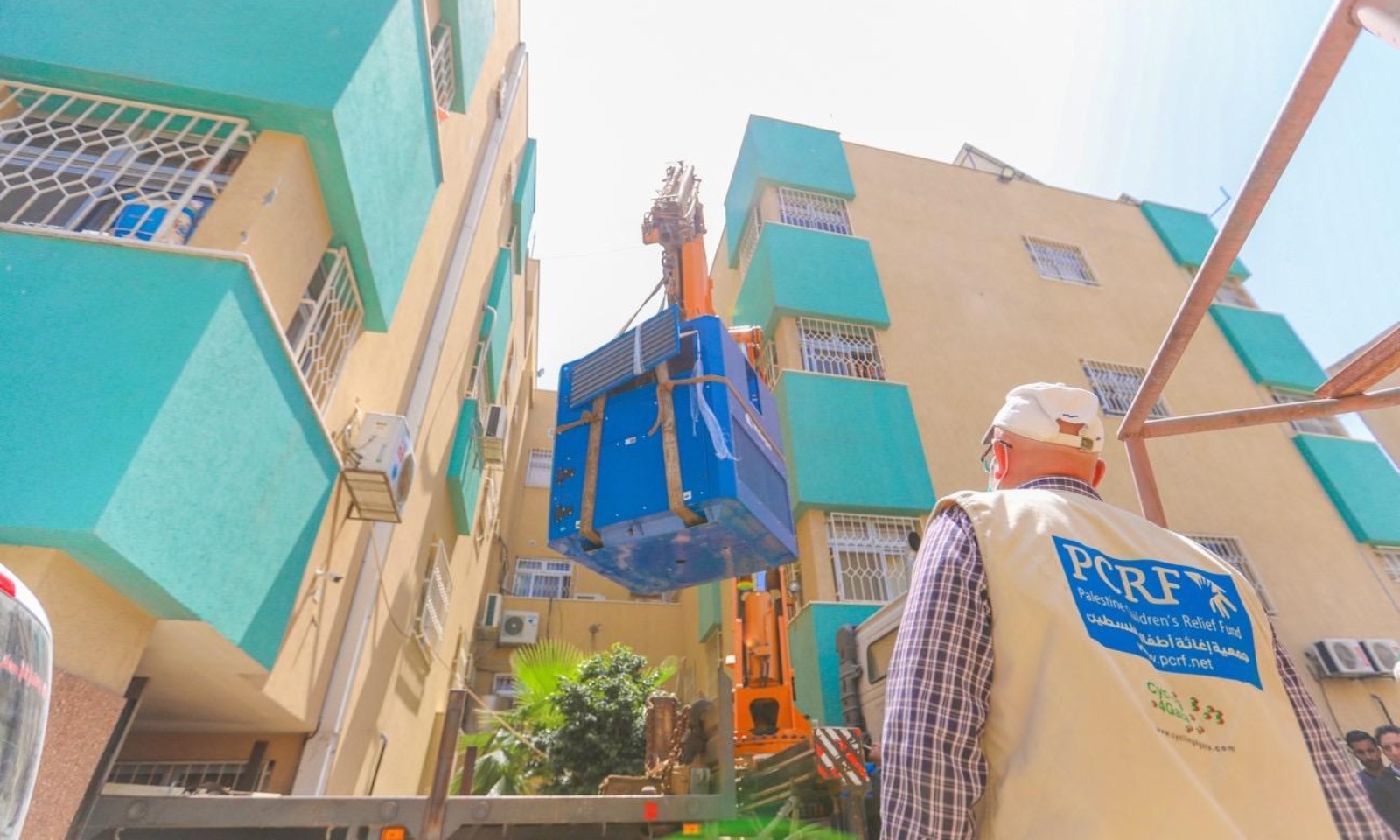 The Watergen GEN-M atmospheric water generator was hoisted onto the roof of a pediatric cancer hospital in Gaza City. Photo: courtes

Mirilashvili and Mayet Al Ahel decided to donate the machine due to the urgency of the situation.

“We are very proud of our partnership with Watergen to provide clean water and save lives,” said Husseini. “This humanitarian mission overrode all issues and obstacles. We feel elated that this was done despite the odds.”

The AWG on the roof of the hospital is powered by the hospital’s electricity grid but will soon be connected to solar panels. It can produce up to 800 liters of clean water 24/7. 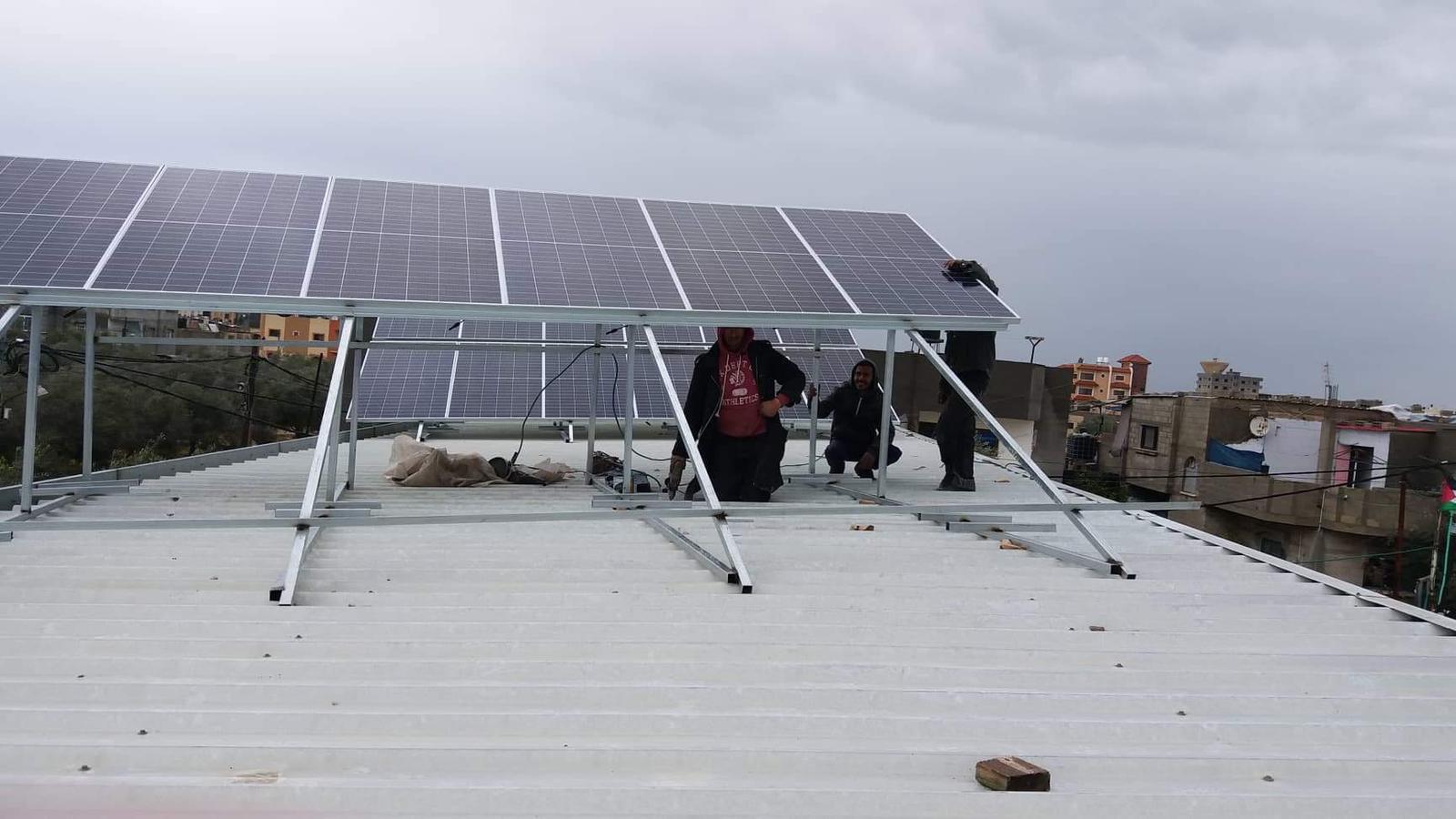 “With the drinking water crisis becoming worse every day, and the coronavirus plaguing those with compromised immune systems, the need for an innovative approach to addressing this issue has never been clearer,” said Watergen Executive Chairman Maxim Pasik.

The hospital unit was not the first Watergen AWG sent to Gaza.

As we reported in February, the Kennedy Leigh Foundation sponsored the installation of a GEN-M machine at the municipal building in the Gazan neighborhood of Abasan al-Kabira.

This pilot project was a cooperative effort involving Watergen, Israel’s Arava Institute for Environmental Studies, the Coordination and Liaison Administration (CLA) to the Gaza Strip, the Palestinian NGO Damour for Community Development, and the Abasan al-Kabira municipality. 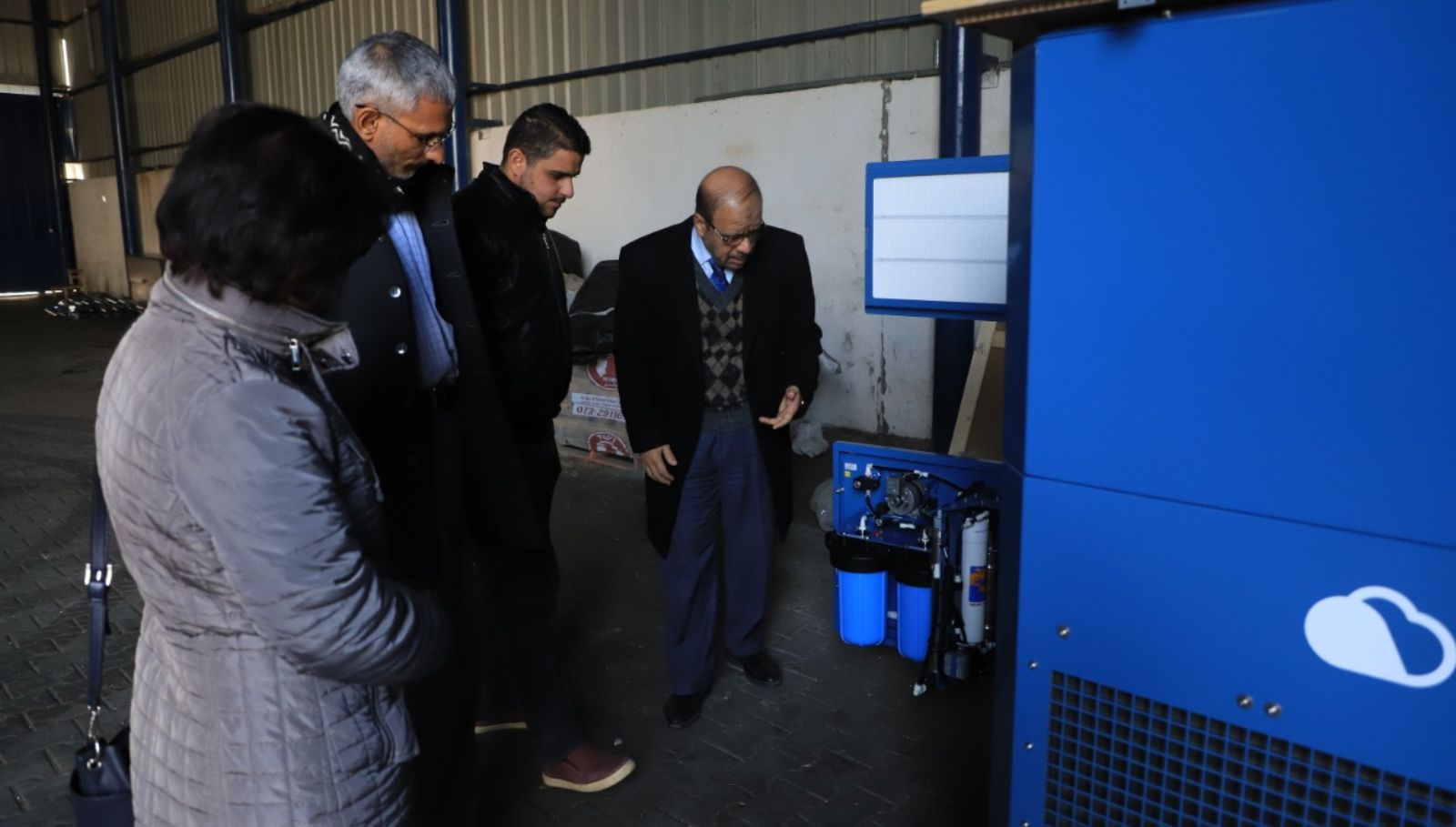 “Responding in accordance with our belief that every human being, regardless of race, gender or religion has a fundamental right to clean-drinking water, we are helping some of Israel’s next-door neighbors gain access to freshwater, a resource that is lacking in Gaza,” Watergen’s management said at the time.

“We hope that our provision of an AWG will help solve the water crisis and serve as a step forward towards mutual collaboration in the Middle East.”

Gaza’s main source of water is its coastal aquifer, which has become polluted and over-extracted. The only alternative is to purchase desalinated water at a high price.

CLA director Major General Iyyad Sarchan therefore approved the shipment of the GEN-M units “to prevent any further deterioration to the humanitarian crisis in the Gaza Strip associated with the lack of freshwater.”

“The introduction of Watergen into Gaza is not only a proof of concept for a cutting-edge technology but a proof of concept that Palestinians and Israelis can do more than launch attacks at each other,” said David Lehrer, director of the Arava Institute.

“We can, instead, work together to improve lives, solve humanitarian problems, build trust, and restore hope.”

A range of Watergen’s AWG models are installed in dozens of countries,  many in partnership with humanitarian organizations.

Watergen’s GENNY was one of nine Israeli products to make TIME’s Top 100 Inventions of 2019 list  and won first prize at CES 2020 for electrical efficiency.

“Alongside the Gaza Strip, Watergen is working in more than 60 countries to guarantee drinking water security to all,” Pasik said.

“We felt it was our duty to assist our own neighbors who are suffering from water shortages. Watergen will continue to place units in healthcare facilities around the world, in addition to rural location, schools, public areas, and residential towers.”