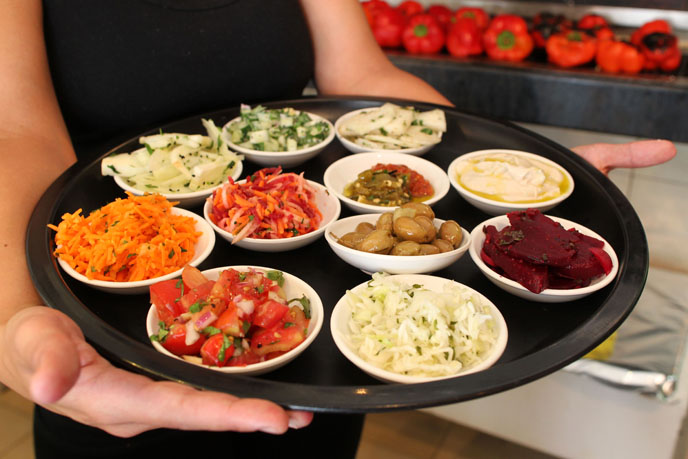 Israelis boast among the healthiest diets in the world, according to a new study in The Lancet Global Health Journal. In fact, neighboring Mediterranean countries, which also follow a similar diet, also achieved top scores in the study for healthy eating.

The study — led by Dr Fumiaki Imamura of the University of Cambridge — looked at dietary habits of adults in 187 countries.

The researchers used surveys and UN reports as measurement for their study. According to the study, healthier people eat more grains, beans and legumes, milk, dietary fiber, omega-3 rich fish and fruits.

African countries scored the highest – and healthiest – ratings, according to the report. The study notes that although many Africans stick to a simple diet, because they do not consume junk fast foods (they can’t afford), they’re actually healthier than most. Chad leads the world in healthiest diet, followed by Sierra Leone, Mali, Gambia, Uganda, Ghana, Ivory Coast and Senegal.

The United States and Canada, as well as most of central and northern Europe, rated among the countries with the worst diets thanks to a prevalence of highly processed foods.

UNCOVER ISRAEL - Get the ISRAEL21c
Weekly Edition free by email
Sign Up Now!
Bring Israel's story to life.
Millions of people around the world rely on us to gain a deeper understanding of Israel. We are the trusted source for original content you won't find anywhere else.
You can make a difference. Donate today to support journalism that brings Israel’s story alive.
SUPPORT ISRAEL21c
Read more on:   News, diet, Food and Drink