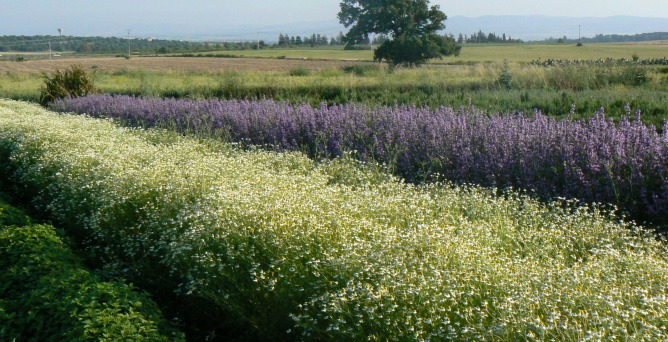 Many of the ingredients sold in The Spicy Way teas are grown at the company's organic fields in the Galilee.

How about some Israeli tea with those scones?

A British distributorship has introduced herbal tea infusions from the Galilee and they’re proving to be a hit with London tea-drinkers.

“Our teas are based on dried fruit that gives them a fruity taste, and you can eat the fruit after you finish drinking,” explains Meirav Yaniv, franchise and business development director for The Spicy Way, based in the northern town of Bethlehem-of-the-Galilee in the Jezreel Valley. “It’s apparently very appealing to the English.”

Avi Zithershpieler, founder and owner of The Spicy Way, tells ISRAEL21c that it all started with a visit from “two nice ladies from England” to the chain’s Eilat-area location last spring.

Those “nice ladies,” entrepreneurs Karen Pomeranz and Louise Caplin, went gaga over the brand and soon began a correspondence with Yaniv. In October, they flew to Cologne, Germany, for a few hours just to meet the Spicy Way team and sample all its teas and herbal blends at the Anuga FoodTec international trade show. They sealed the deal, and visited Israel in December to choose the items for the first shipment of 15 products – including five tea infusions – received in April. Then, the tastings began.

“In the beginning, they thought the infusions wouldn’t be interesting for the English public because they have so many teas there, but it turns out they are the strongest seller,” says Yaniv. Several new flavors were added to the lineup the women sell to 23 delis, farm shops and specialty food stores in and around London. Now there is talk of opening a British franchise.

Small adjustments did have to be made for the British market: The brand name was changed to The Spice Way rather than The Spicy Way because the word “spicy” has an off-color connotation in the UK. Also, Pomeranz and Caplin altered the place of manufacture from “Israel” to “the Galilee,” after encountering some initial hostility.

That’s fine with Yaniv. “Karen and Louise are both Jewish and love Israel very much. At the end of the day, we want to reach as many consumers as possible. If emphasizing Israel is an obstacle, we will remove that obstacle,” she explains, adding that labels specifically marked “Made in Israel” have great appeal in other places interested in importing The Spicy Way products, such as Mexico City. 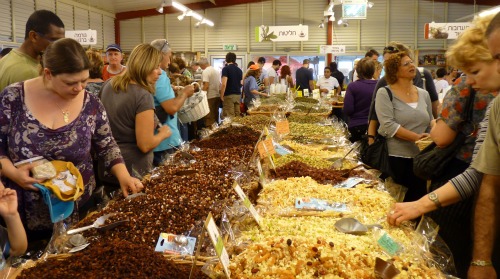 The Spicy Way Visitor Center in the Galilee features an open market displaying a huge selection of organic herbs and spices.

The brand is also gaining traction at home, with four standalone stores in addition to branded shop-in-shop and standalone “farm stands” nationwide. This growth is the result of eight years of hard work on the part of Zithershpieler, whose Holocaust survivor parents Zvi and Zipporah founded their organic herb farm in the northern Bethlehem more than 50 years ago. Zvi Zithershpieler taught his son all the ins and outs of the business.

“I like the touch and feel of the plants and seeing the miracle coming out of the ground,” Zithershpieler says. “To raise these plants and smell their aroma is the best sensation in the world.”

Today, he cultivates about 50 culinary and medicinal varieties on his 17-acre boyhood farm, including oregano, marjoram, sage, rosemary, paprika, hibiscus, peppermint, spearmint, lemon verbena and coriander. His packaged products, including the tea infusions, combine domestic produce with ingredients imported from Thailand, Turkey and India. “We collect about 300 raw materials in our storehouse, and from that we cut and grind and mix to make 1,000 [retail] items,” he says.

He stresses that the farm has always employed both Arab and Jewish workers, a detail that was highlighted in a BBC report on the company when its products began hitting London. 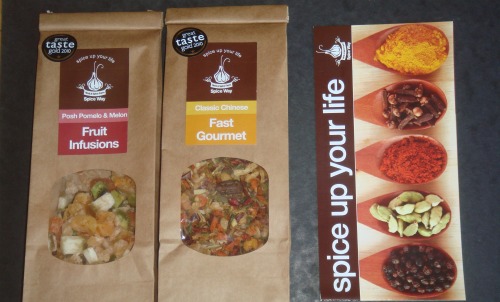 The Spicy Way Visitor Center in the Galilee features an open market displaying a huge selection of organic herbs and spices with informational signs describing their usage, history and special properties. Zithershpieler and his team offer lectures and workshops on the healing benefits of their products to individuals and groups, concession stores, franchisees and business clients.

Yaniv expects the export enterprise to expand rapidly. She recently began talks with distributors in Switzerland and Germany. “Every day we have a few new contacts wanting to import our products,” she says. “Most are people who tried our products in Israel and loved them.”