As the associate editor of ISRAEL21c en Español, I was invited to be part of a multidisciplinary delegation that visited Argentina and Uruguay in September to give a complete overview of current Israeli affairs in science, technology and development. 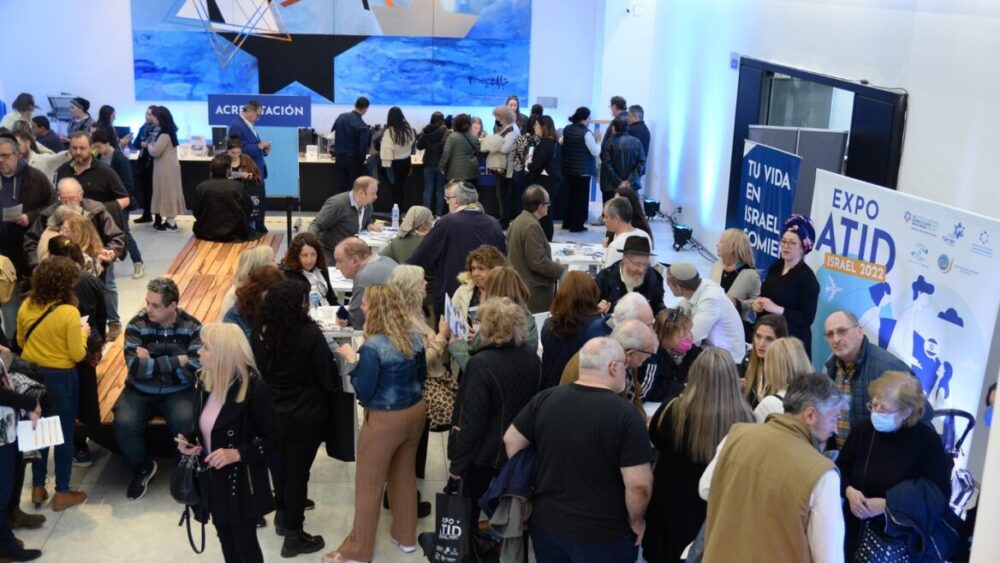 The Jewish Agency of Israel organized the trip with Ofek Israeli and the World Zionist Organization. 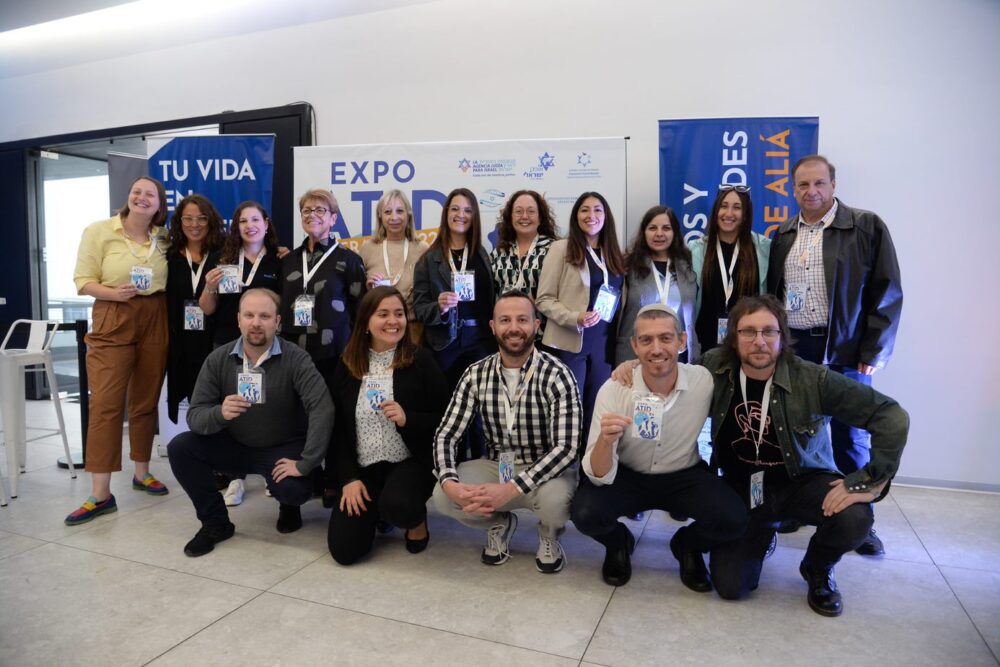 Part of the Israeli delegation that traveled to Argentina for Expo Atid and other activities. Photo courtesy of the Jewish Agency of Israel

The main event was the Expo Atid (Future) exhibition in the AMIA auditorium Buenos Aires, where stands offered information on employment, education, immigration and Israeli municipalities. More than 700 people attended. 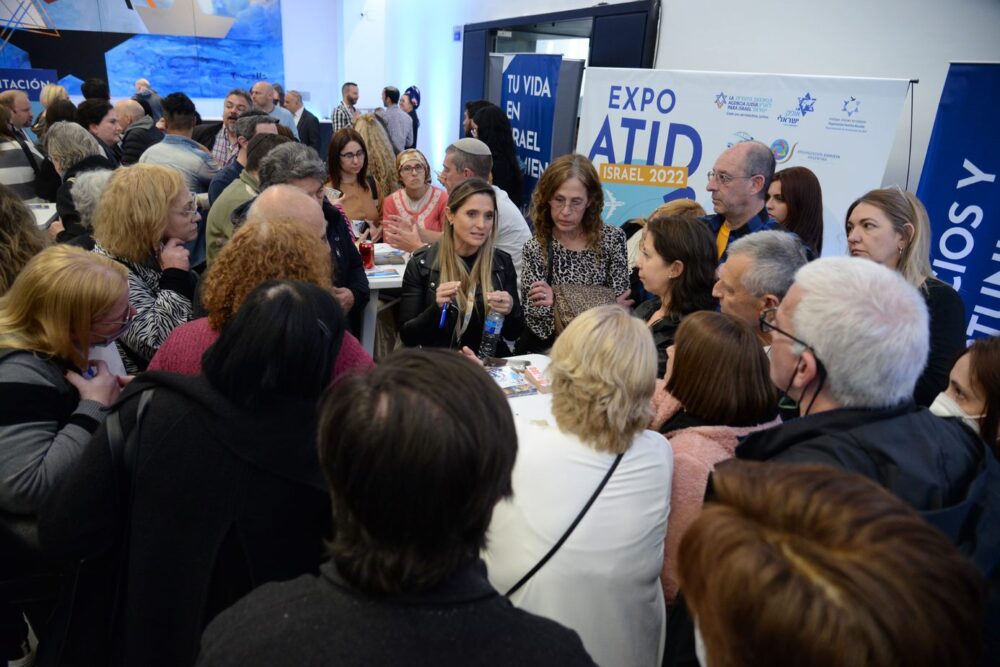 More than 700 people visited Expo Atid, which took place at the AMIA headquarters in Buenos Aires. Photo courtesy of the Jewish Agency of Israel

At the Expo, I spoke on “Israel: the future has already arrived,” touching on issues such the development of solutions for water management, agriculture and alternative energies, zeroing in on sustainability and climate crisis in keeping with ISRAEL21c’s focus some 21 years after its founding.

Among the solutions I highlighted were Watergen’s water-from-air generator and the huge GoStork egg donor and surrogacy database. 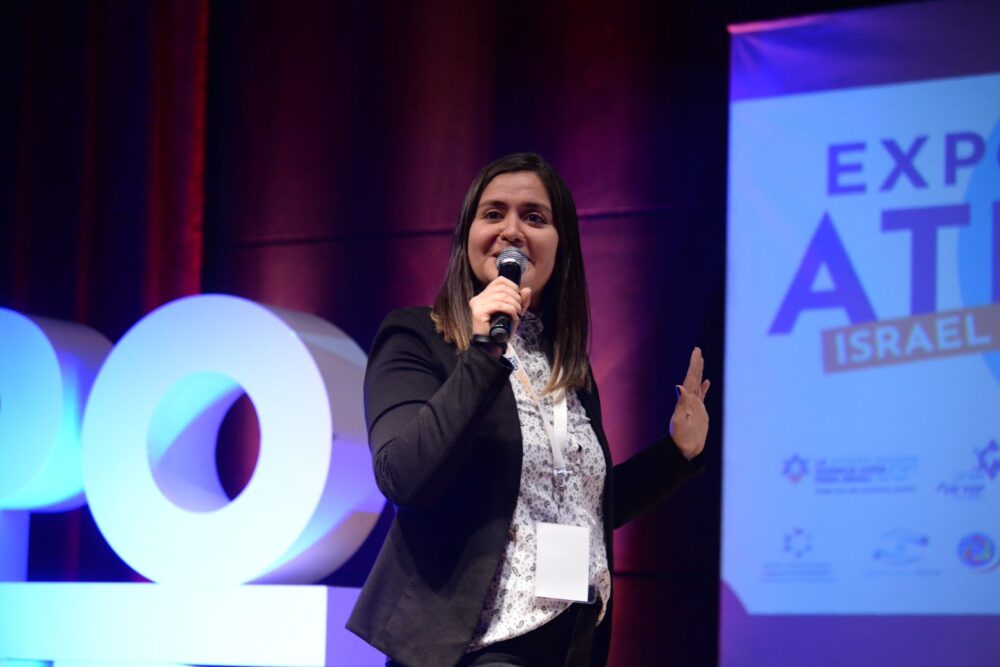 Julia Tetelboim, HR and technical recruitment specialist at Meta (Facebook) Tel Aviv, led the talk “One step back, two steps forward: why I am a better professional after my Aliyah” at Expo Atid. Photo courtesy of the Jewish Agency of Israel

In addition to the Expo Atid, the delegates met with different audiences ranging from basic, intermediate and advanced Hebrew students to high school pupils and future immigrants. 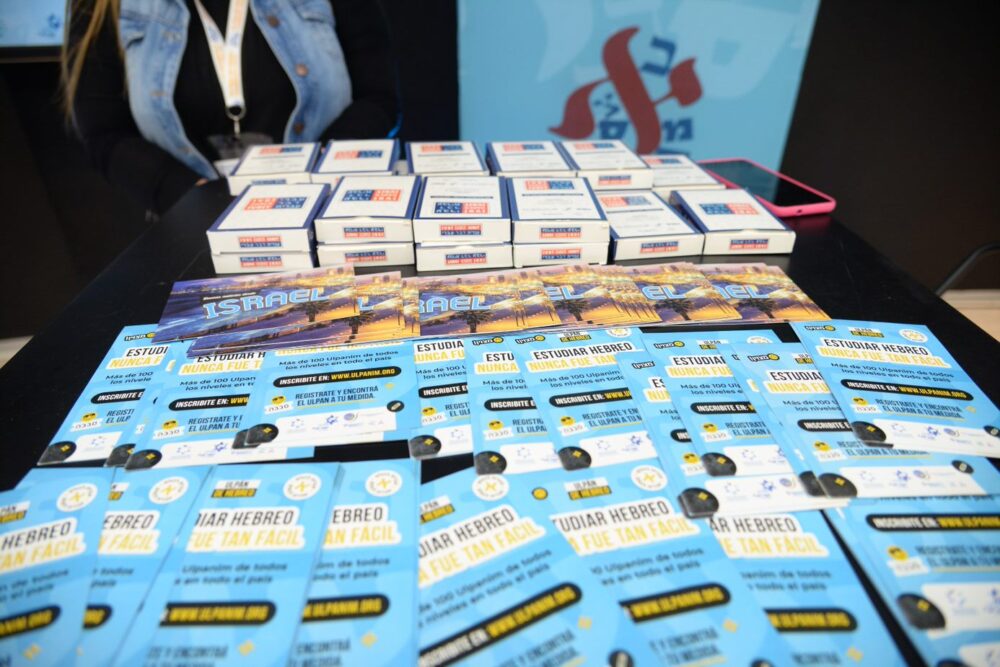 Informative materials at Expo Atid. Photo courtesy of the Jewish Agency of Israel

The day before the exhibition, I gave a presentation to members of the CISSAB club, the most important Jewish sports and cultural institution in the South American country.

In my talk, I focused on the Israeli “secret recipe” for success (and happiness), detailing ingredients such as the Mediterranean diet, the extreme pressure society lives under, and the chutzpah (cheek). Part of the delegation after the talks at ORT-Bialik in Rosario, Argentina. Photo courtesy Jewish Israel Agency

I also had the opportunity to speak to the Bnei Tikva and Amijai communities in Buenos Aires, and at the Argentine Zionist Union (USAR) and the ORT-Bialik school in Rosario, the second largest city in Argentina.

Some of the organizations and projects that were represented in the Jewish Agency agenda in Argentina were Bait Rishon VaMoleted, Gvahim, Keren LeYedidut, Masa Israel Journey, Naale Elite Academy and the Argentine Zionist Organization.

The delegation was led by Israelis Shimon Cohen, CEO of Ofek Israeli; and Shimon Shamila, programs and operations manager of Aliyah Unit at the Jewish Agency of Israel. In Buenos Aires and Montevideo, Leticia Barán (The Jewish Agency director of the Aliyah unit for Argentina) and Pablo Haber (chief of operations of The Jewish Agency in Argentina and the WZO for South America), coordinated the series of activities.