Photo by Drew Hays on Unsplash

When Eran Amir and his husband wanted to start a family, they faced an overwhelming number of options and no one-stop shop to compare agencies offering the various tools of the fertility trade: surrogacy, egg and sperm donation, IVF clinics.

There was no central database, no reviews or ratings, no transparent price lists.

That was unacceptable for Amir, especially given that conceiving a child with help from fertility providers can easily run up to $200,000 – and insurance, at least in the United States, where Amir is now based, doesn’t cover much in the way of expenses.

For Amir, a 25-year veteran tech entrepreneur who had worked at Amdocs in Israel and was a major in the IDF for seven of those years, the solution was building an online marketplace for those embarking on the fertility journey – a much-needed tool given that one in eight couples is affected by infertility.

Amir’s GoStork platform, founded in 2020, now has the largest database of egg donors and surrogacy agencies in the world, with some 10,000 egg donors listed (out of a total of around 15,000 in the United States) and a curated list of 50 firms connecting intended parents with potential surrogates. 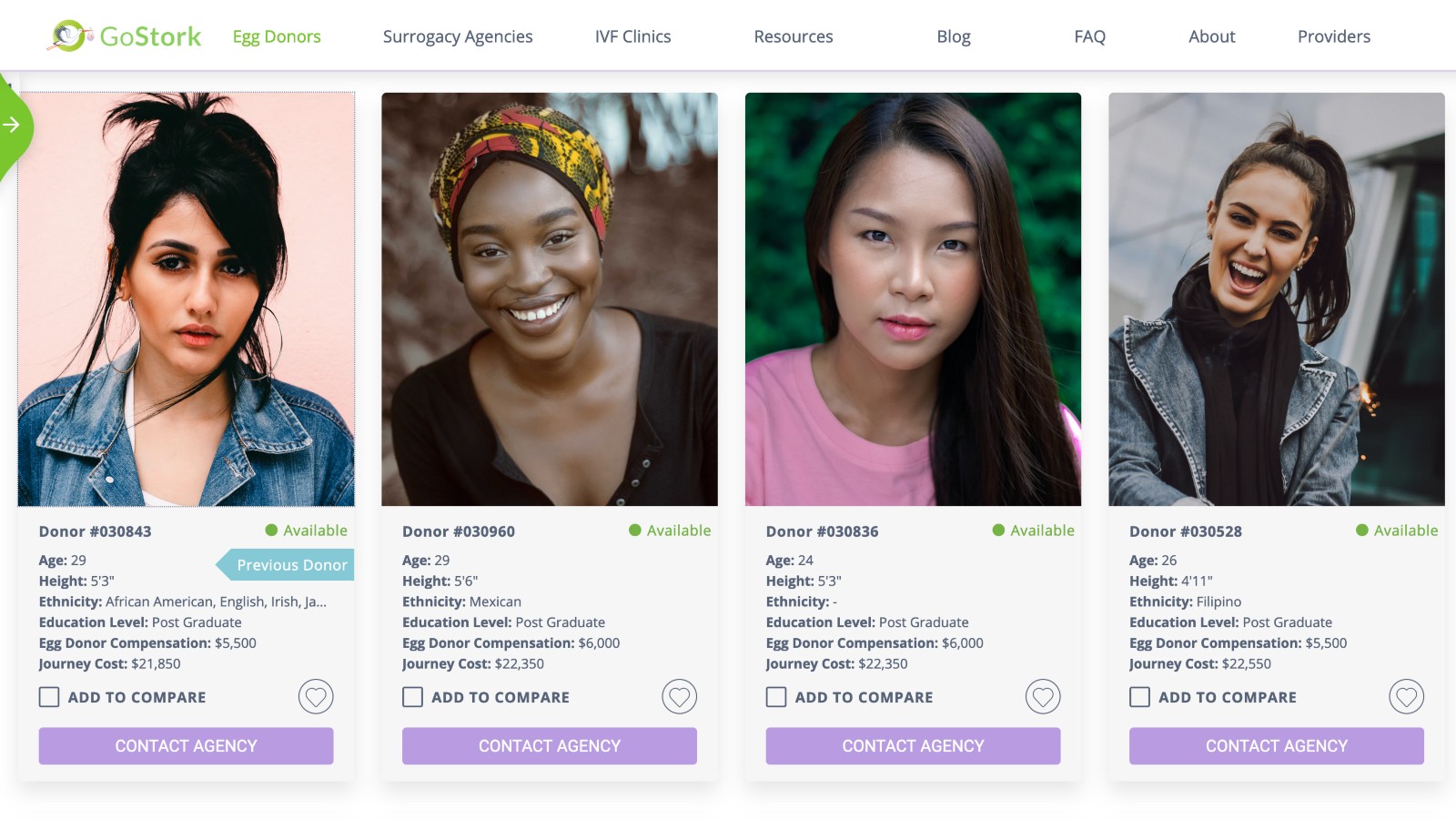 “When you enter this world, you need to find an IVF clinic or an egg donor. Or you need a surrogate because the woman just cannot get pregnant,” Amir tells ISRAEL21c. 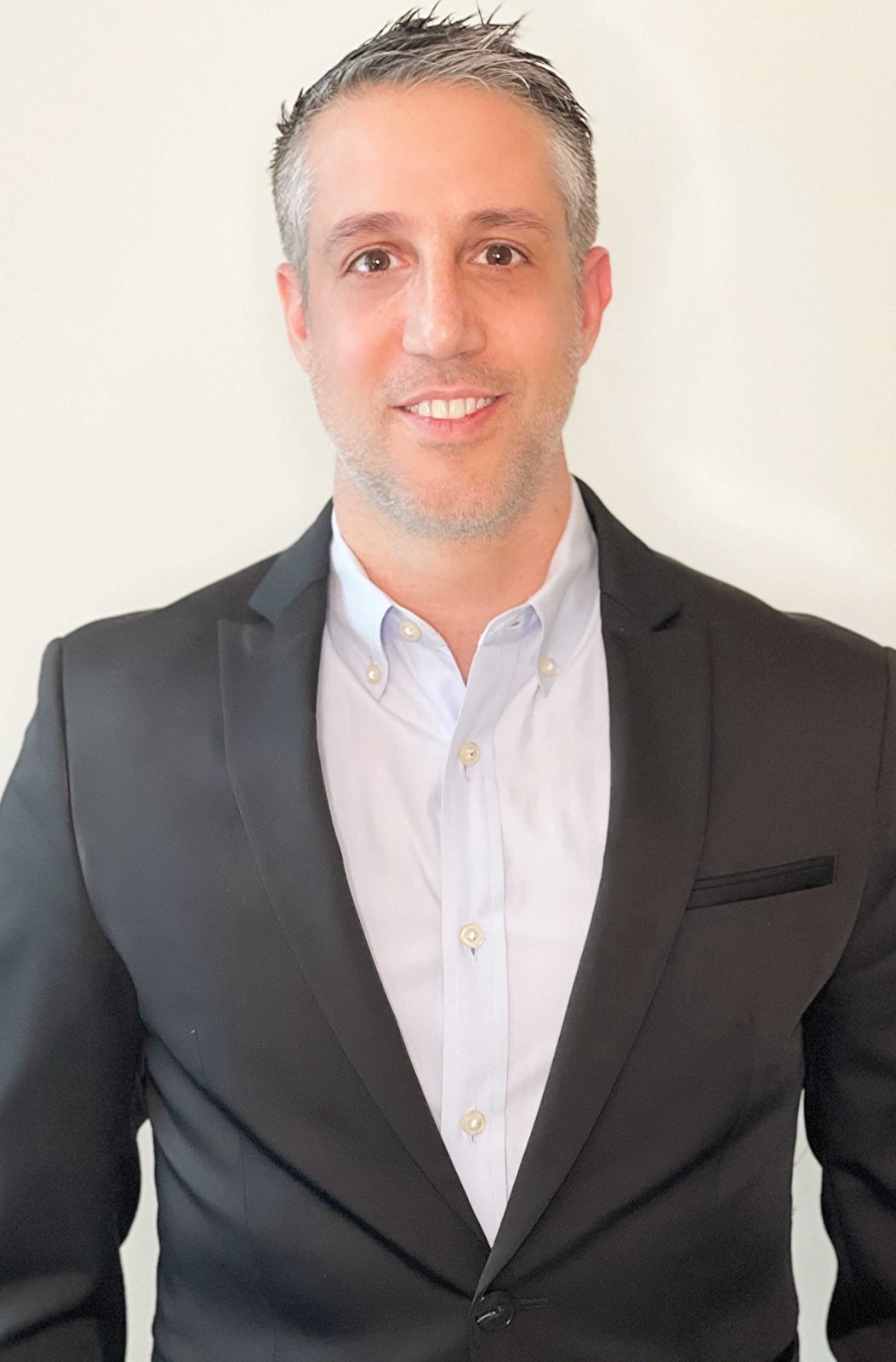 “So, you start asking your friends, but not a lot of them have gone through surrogacy or egg donation. Next you go to Google, but there you’ll find a lack of transparency on expertise, cost and even the services being provided. There are hidden fees and different packages for the same processes, which makes it very hard to compare apples to apples. You need to conduct interviews and extract all that information by yourself manually when you don’t even know what you need to ask!”

GoStork puts all that information in one place. It even includes a chat and booking system so you don’t have to search for a web-based contact form or make a million phone calls to the provider to schedule a consultation. (Amir built a Calendly-like reservation engine into GoStork.)

Can you afford it?

“We asked hundreds of parents, ‘What’s important to you when choosing an egg donor or surrogate?’” Amir says.

“We embedded the answers in the profiles of each provider. We list how many babies were born, how they screen carriers, what’s the cost involved. We ask patients a few questions and post the reviews, too.”

Cost was critical to Amir when he was searching for his own egg donor and surrogate. “I originally did everything in Excel, including travel expenses, agency compensation, legal fees – there’s a lot involved in fertility.”

Amir’s Excel file has been replaced by an organized template on the GoStork website.

“I wanted to put it out there so you can see if you can afford it. Imagine going to the Nike website and you don’t see the prices for any of the shoes,” he quips. 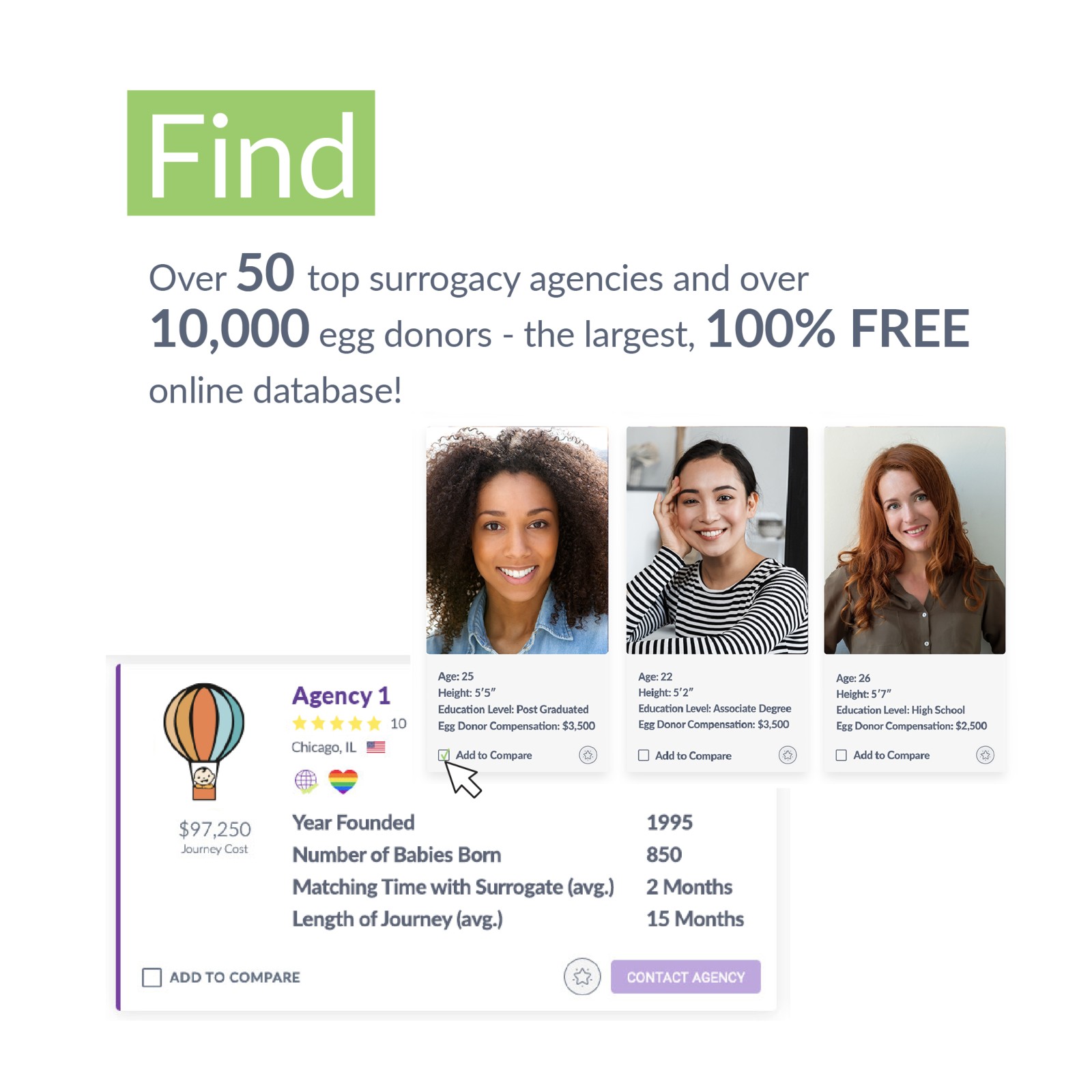 While in Israel IVF is generally covered by national healthcare, in other countries it’s a mostly out-of-pocket expense. A single cycle can run $15,000 and most women need two to three cycles. If you need an egg donor, that’s another $30,000. A gestational carrier runs between $80,000 and $130,000.

The agencies were initially hesitant, Amir relates. “They said to us, ‘You’re crazy, our costs are our secret sauce. We don’t want parents to do comparisons or our competitors to see.’ I said, ‘Come on, be realistic. Parents are already comparing costs offline, so you’re not really hiding anything.’”

The agencies eventually agreed and GoStork was in business. It’s a win-win for everyone involved.

“For the agencies, they’re getting hot, educated leads because the intended parents have learned a lot about the providers before ever making a call,” Amir explains.

Amir is quick to point out that GoStork does not pay egg donors or provide surrogacy services.

“We are just a marketplace,” he stresses.

Egg donors are not identified on the GoStork site, but there are pictures and an accounting of health, education and genetics, all of which are important to intended parents.

GoStork operates in the United States, the biggest fertility hub in the world and where many Israeli gay couples come for egg donation and surrogacy. It’s not the cheapest country to find a surrogate but it gives intended parents the strictest legal protection.

“Surrogacy is illegal in China now,” Amir notes. “India closed their gates to international patients, too.”

Amir plans to expand to Europe, Asia and Israel in the future. To that end, GoStork closed a $760,000 seed round in February. The funding will also allow Amir to draw a salary, something no one on the GoStork team has taken since the company was founded last year.

Launched eight months ago, GoStork is free for intended parents and has so far registered thousands from all 50 US states and another 60 countries. The site charges a success fee from the agency side only.

GoStork will introduce other value-added services soon, such as social workers, therapists and lawyers specializing in fertility contracts. GoStork already has a list of lenders offering “fertility loans.”

Amir’s two-and-a-half-year-old daughter, Ariel, was the inspiration behind GoStork and has her own bio on the “About us” page.

Amir and his husband are now expecting their second child, a process that this time was facilitated entirely by GoStork. Not only was it easier, but by being able to comparison shop, they saved $50,000.

Ready to start your own fertility journey? Visit GoStork here.

UNCOVER ISRAEL - Get the ISRAEL21c
Weekly Edition free by email
Sign Up Now!
Bring Israel's story to life.
Millions of people around the world rely on us to gain a deeper understanding of Israel. We are the trusted source for original content you won't find anywhere else.
You can make a difference. Donate today to support journalism that brings Israel’s story alive.
SUPPORT ISRAEL21c
Read more on:   Technology, Health, Fertility, GoStork, Surrogacy