Seventy immigrant physicians from Russia, Ukraine and other Eastern European countries recently celebrated their successful completion of a year-long program that helps them integrate into Israeli life and prepare for the Israeli medical licensing exam.

This group, evenly split between men and women, is not so unusual – the Physicians Program was started about 10 years ago and has graduated about 70 participants each year.

However, the unrest in Eastern Europe is now fueling more interest than ever. The next cohort, to begin in the fall, will number about 100.

“The goals of the Physicians Program are to bring new immigrants to Israel and make it easy for them to start their lives and careers here, while taking advantage of their qualifications,” Pri-Zan tells ISRAEL21c.

She explains that Israel has a physician shortage that is only getting worse as many immigrant doctors who came in the 1990s from the former Soviet Union are now retiring.

Dr. Valeriia Drovorub, a Ukrainian graduate of the latest class, said she was consumed with worry about her family in Kharkiv after the Russian invasion. 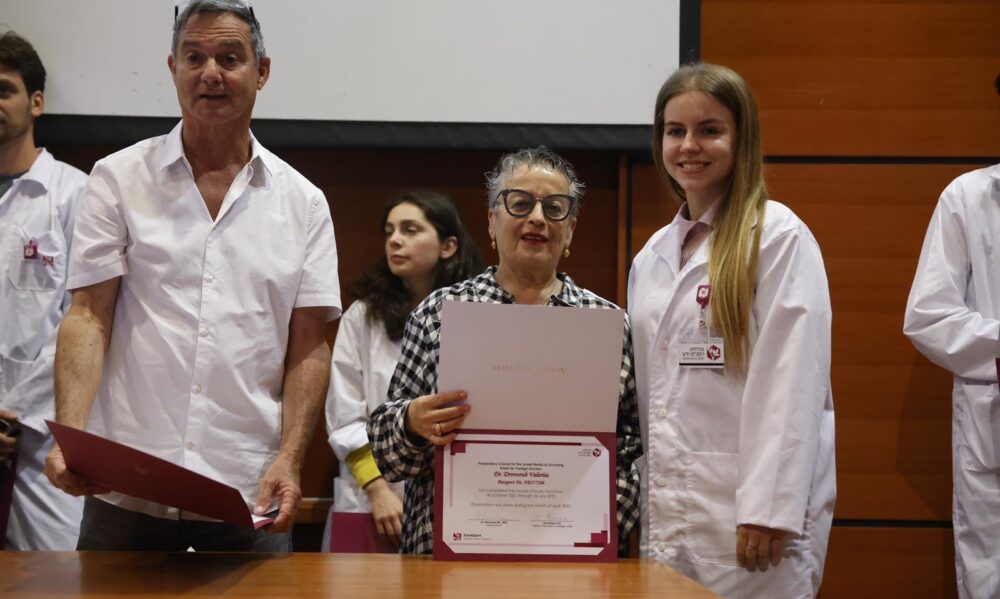 “My family was under shelling for two weeks and they hid in the basements. Only occasionally would they go up to take something from the apartment. The windows of our apartment were smashed and 30 apartments in the building burned,” she said.

“I realized that my family had to be taken out of Ukraine. My cousin, who serves in the IDF, told me that the Jewish Agency organizes buses that take refugees out of Kharkiv. On March 6, my mother, aunt and cousin boarded the agency’s bus to Moldova and from there to Romania and from there to Israel.”

Dr. Kateryna Yakjr, another recent graduate, said her family managed to leave Kiev. “My parents and two brothers traveled for hours and arrived in Israel with one suitcase, leaving everything behind,” she said. 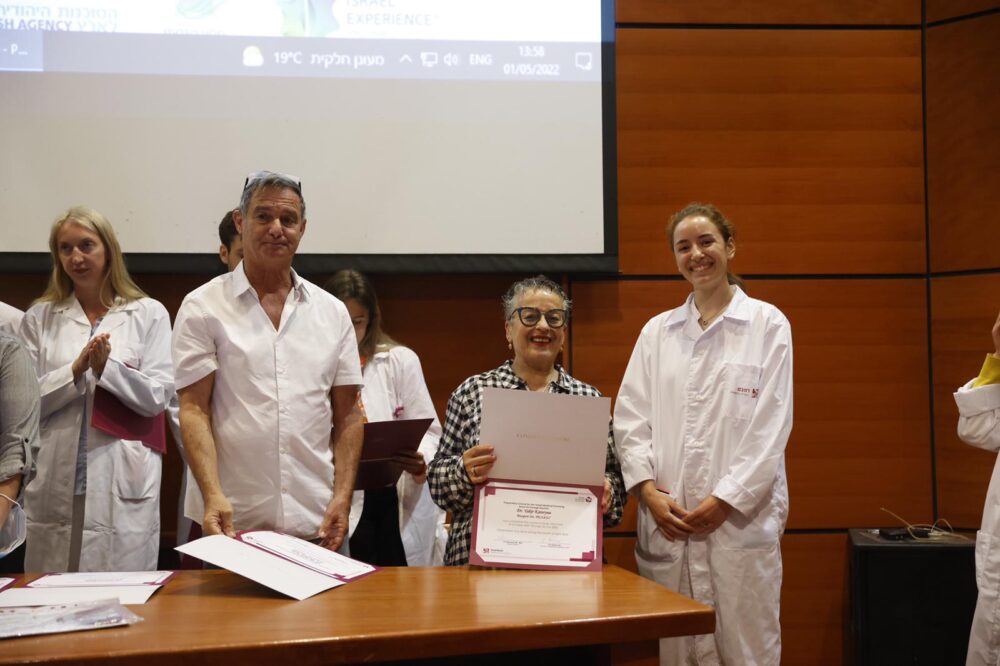 Both Drovorub and Yakir said that relations between the doctors from Russia and Ukraine in the Physicians Program were good despite the war and that the program had helped them deal with all the difficulties of being new immigrants so they could concentrate on their studies.

The program meets at the Rambam Knowledge College on the Rambam Health Care Campus, a large medical center in Haifa.

While the government gives a $20,000 annual subsidy to each medical student in Israel and their studies last about six years, the Physicians Program costs the state about $11,600 per person.

And those immigrant doctors who pass the boards can be integrated into internships in Israeli hospitals after just one year.

“The students in this program pass the test with average higher grades than others,” adds Pri-Zan, emphasizing that the participating physicians are carefully selected from Eastern European medical schools recognized by the Ministry of Health.

The most recent cohort’s pass rate on the medical licensing exam was 88.5 percent, several points lower than graduates of Israeli medical schools but higher than the rate for Israelis who attended medical school abroad.

“Most of them move [permanently] to Israel, some to periphery areas where doctors are especially needed, and it’s a big success story,” says Pri-Zan.