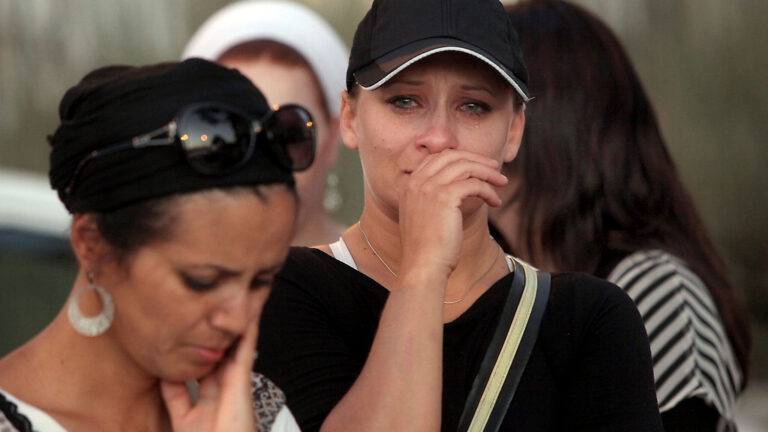 Israelis gather outside the home of Eyal Yifrach in Elad after news that the bodies of the three missing Jewish teenagers had been found.

Israel is reeling after news broke yesterday evening that the bodies of the three kidnapped boys have been found in a field north of Hebron in the West Bank, 18 days after they were abducted.

Gil-ad Shaar, 16, Naftali Fraenkel, 16, and Eyal Yifrach, 19, were kidnapped on June 12th on their way home from school.

Their bodies were found by a search team from the local Kfar Etzion field school along with IDF soldiers from an elite unit.

The teenagers were kidnapped at a hitchhiking post outside the settlement of Alon Shvut in the Etzion Bloc south of Jerusalem. They are believed to have been murdered shortly after they were taken.

Their bound bodies were found less than 20 kilometers from the site where they were taken at about 5pm on Monday. Prime Minister Benjamin Netanyahu telephoned the families yesterday evening to express his condolences. 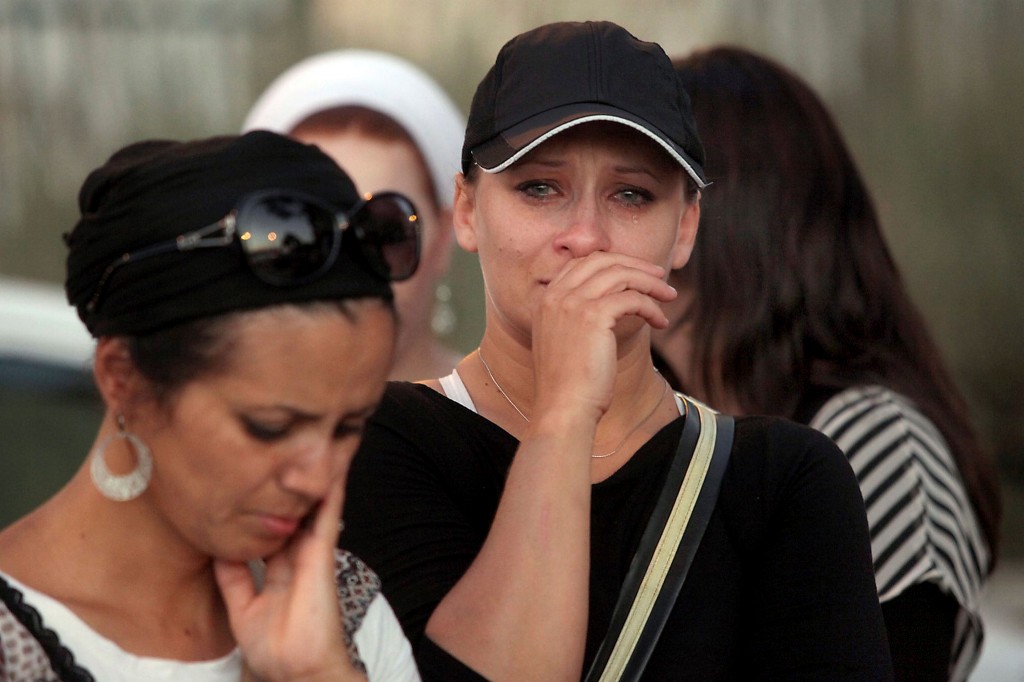 Israelis gather outside the home of Eyal Yifrach in Elad after news that the bodies of the three missing Jewish teenagers had been found.
For Israel, the last 18 days have been a tense and difficult period. While Israeli military personnel tried to piece together scraps of intelligence in a desperate search for the perpetrators and the three boys, the rest of the nation took part in prayer rallies and social media campaigns in an effort to get the boys home.

On Sunday evening, tens of thousands of people crowded into Tel Aviv’s Rabin Square in Tel Aviv in a rally to show support for the families of the three kidnapped teens.

Hundreds returned yesterday evening to commemorate their memory, with more gathering in Jerusalem to light candles in memory of the boys.

In the wake of the news, President Shimon Peres said: “All of Israel bows its head today. For 18 days we hoped and prayed with one voice that we would find the boys safe and well. With this bitter news all of Israel mourns their deaths.”

At this difficult time, the thoughts and prayers of everyone at ISRAEL21c are with the families of the three young men.

UNCOVER ISRAEL - Get the ISRAEL21c
Weekly Edition free by email
Sign Up Now!
Bring Israel's story to life.
Millions of people around the world rely on us to gain a deeper understanding of Israel. We are the trusted source for original content you won't find anywhere else.
You can make a difference. Donate today to support journalism that brings Israel’s story alive.
SUPPORT ISRAEL21c
Read more on:   News, kidnapping