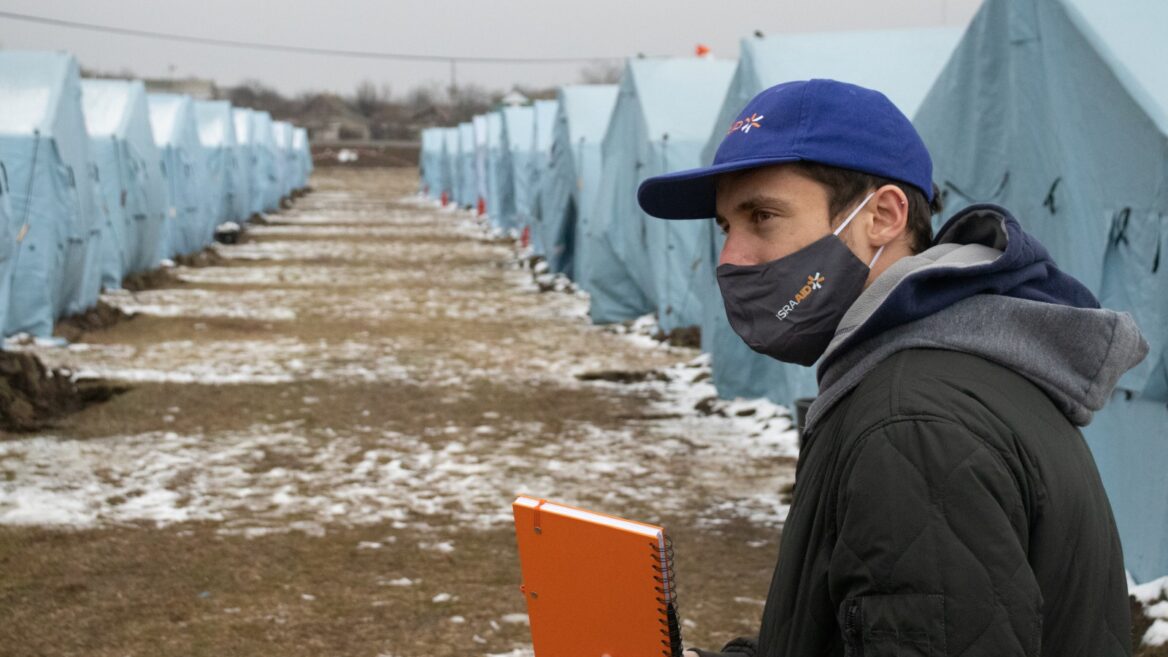 An IsraAID staffer at a refugee tent camp in Moldova. Photo by Ethan Schwartz/IsraAID

IsraAID CEO Yotam Polizer is not a novice when it comes to mass disasters. The Israel-based humanitarian aid organization has responded to emergencies in 56 countries since 2001.

So you can believe Polizer when he says the Ukraine refugee crisis is the worst he has ever seen.

“I’ve been in this field for 14 years, including some of the biggest humanitarian crises of the last 20 years – the tsunami in Japan, the Ebola outbreak, the Syrian refugee crisis – but what we’re dealing with right now is really a historical disaster of almost biblical proportions,” he told IsraAID supporters in a video meeting on March 3. 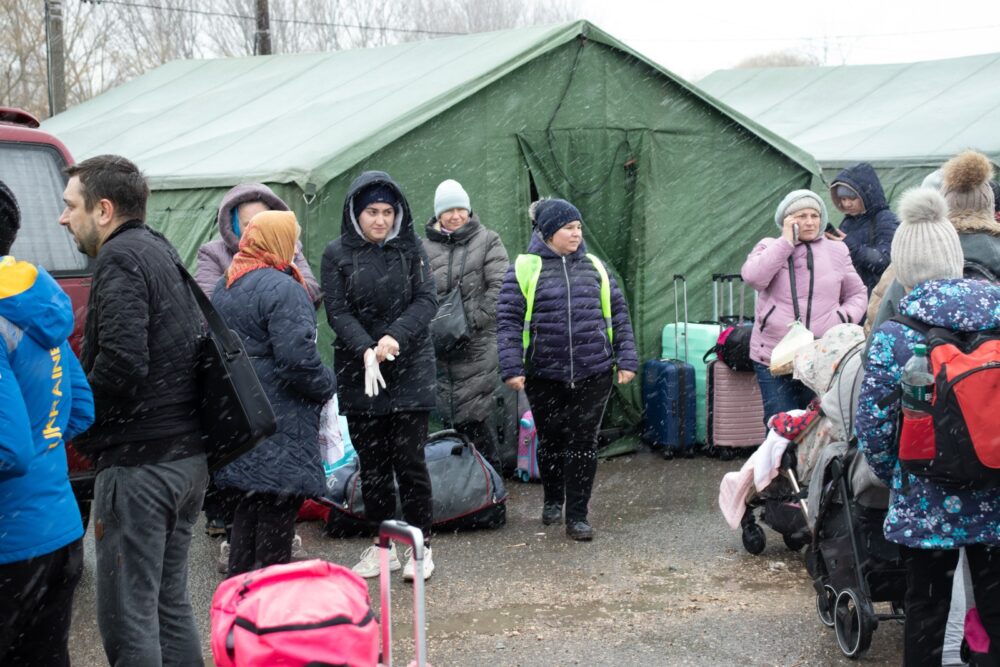 “But the scale of the current crisis in Ukraine is really overwhelming, even for us,” he said.

“There were more than one million refugees in less than a week. In the next two weeks, the estimate is that we’ll have about nine million refugees entering the neighboring countries. The situation in the Ukraine in terms of safety, security and humanitarian needs is just beyond words.” 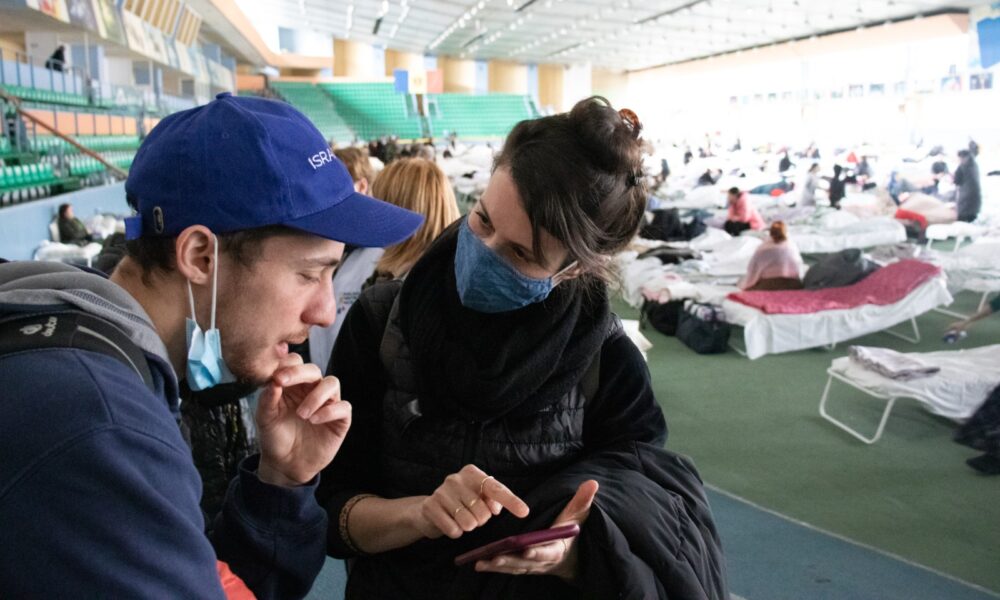 Naama Gorodischer, IsraAID’s global head of programs, also has led many emergency missions around the world over the last decade. She is overseeing IsraAID’s response to the Russian invasion of Ukraine, which centers on refugees entering Moldova.

“Only two days after the war started, on February 26, our team was deployed to Moldova to explore the situation and understand how we can best offer support,” she said.

IsraAID is helping many women and children who fled to Moldova from Ukraine. Photo by Ethan Schwartz/IsraAID

“We came first and foremost to respond to the immediate needs, making sure the population is safe and has access to basic needs for their physical and psychosocial wellbeing. We are focused on public health, especially for the women and children, ensuring that these vulnerable populations don’t become more vulnerable,” Gorodischer said.

She explained that most of the refugees are women and children because most of the elderly are staying in Ukraine for now, while men aged 18 to 60 are required to stay and fight.

Therefore, one of the first things IsraAID did was to set up a Mother & Baby Space in a tent at the Palanca crossing, providing diapers and baby food, children’s activities, blankets and seating. The tent also is staffed by volunteers from the local organization Keystone Moldova. 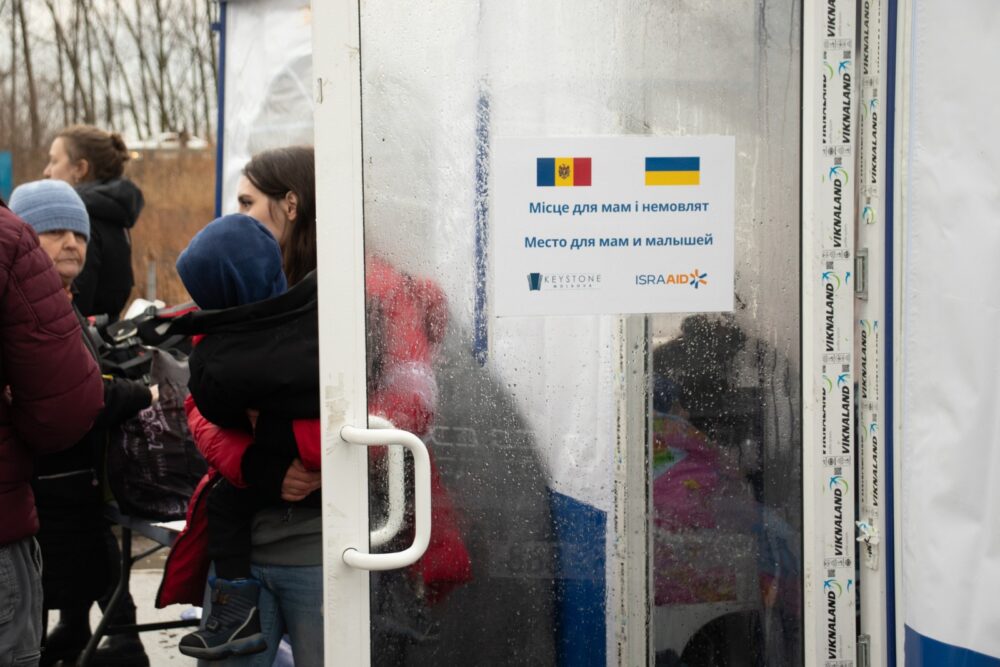 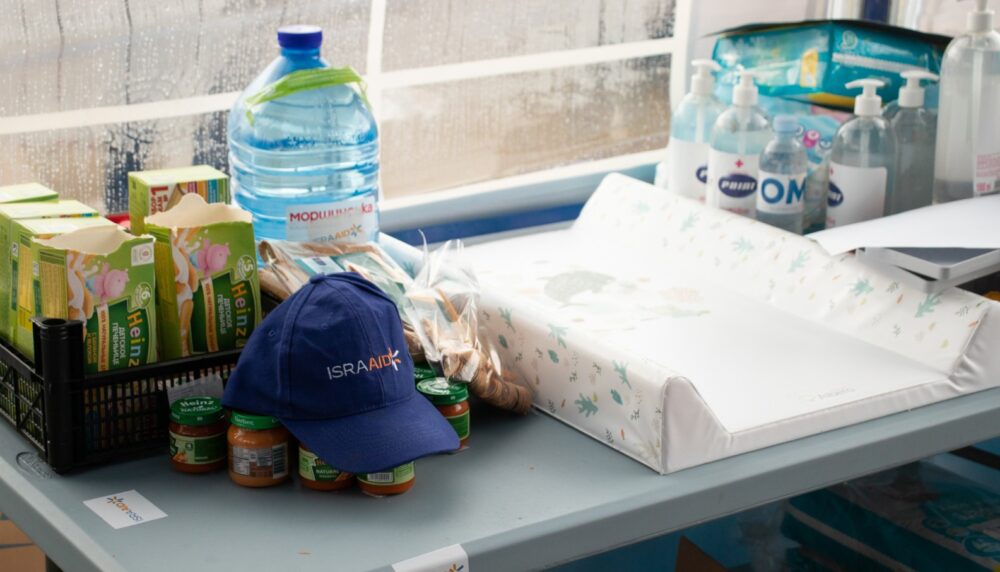 Supplies and a changing pad at Mother & Baby Center set up in Palanca for Ukrainian refugees. Photo by Ethan Schwartz/IsraAID

“We work closely with the [Moldovan] authorities, local NGOs and the local community in planning for the long run,” said Gorodischer.

“We understand this is not a situation that will end anytime soon. Even if the war will end, the status of this [refugee] population will not go back to what it was. It is not clear who will choose to go back and where they will settle. So we are working with these local partners building capacity to continue meeting their needs for the longer term.”

A minimum of five years

“Last December we concluded our Syrian refugee program in Greece that lasted six years. We unfortunately believe this crisis will be at least as bad, if not worse, in terms of humanitarian needs.”

Polizer said that when the media’s attention moves on from any world disaster, people think the situation is okay but that’s not how it works.

“Even if we think about the best-case scenario in the Ukraine crisis, that the war will –with the help of God and everyone — be finished sooner than later, still the trauma and long-term recovery of these millions of refugees will take years,” he said.

UNCOVER ISRAEL - Get the ISRAEL21c
Weekly Edition free by email
Sign Up Now!
Bring Israel's story to life.
Millions of people around the world rely on us to gain a deeper understanding of Israel. We are the trusted source for original content you won't find anywhere else.
You can make a difference. Donate today to support journalism that brings Israel’s story alive.
SUPPORT ISRAEL21c
Read more on:   Social Action, Humanitarian Aid, IsraAid, Ukraine