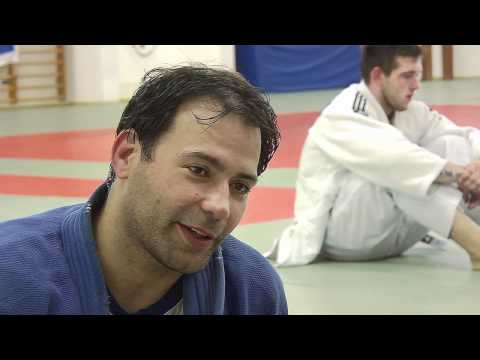 Less than 24 hours after broadcasting their intent to compete against Israelis at the London Games, the Iranian Olympic delegation has reneged.

The Iranian team is already headed to London but purposely left behind judokan Javad Mahjoob, who may have had to face off against Israeli judokan Arik Zeevi. The Iranians said Mahjoob is suffering from a “critical digestive system infection” which forced him to cancel plans for the Games.

But speculation over the accuracy of that report is rife.

Iran’s policy of avoiding competition with Israeli athletes has been in effect for years.

In 2011, Mahjoob told the Iranian newspaper Shargh, that he threw a match against a German opponent. “If I won I would have had to compete with an Israeli athlete. And if I refused to compete with the Israeli, they would have suspended our Judo federation for four years,” he was quoted as saying.

International Olympic Committee President Jacques Rogge said last month that those who sit out events based on their opponents’ race, ethnicity or nationality will be punished. However, it is unclear whether the IOC will check Tehran’s claims regarding its judo champion.

“This is lip service they have to pay in order to be allowed to participate in the Olympics, but they will not compete against Israelis,” Zvi Varshaviak, president of the Israeli Olympic Committee, told Israel Army Radio prior to Iran’s public reversal of its earlier decision.

“When you are doing judo, football, basketball, you have to show up on the field, do your best. It doesn’t matter who you fight,” Ze’evi told the Associated Press. “For me, I don’t have any problem to fight against a sportsman from any country, Iran, Iraq, Lebanon, Syria. . . . I really don’t understand it.”

Meanwhile, the Iranian Fars news agency claimed that Israeli media misquoted and “maliciously changed Bahram Afsharzadeh’s words and sought to project comments from the general secretary of Iran’s Olympic committee as they like.” That is, that there was never any intent to compete against the Israeli athletes in the first place.

UNCOVER ISRAEL - Get the ISRAEL21c
Weekly Edition free by email
Sign Up Now!
Bring Israel's story to life.
Millions of people around the world rely on us to gain a deeper understanding of Israel. We are the trusted source for original content you won't find anywhere else.
You can make a difference. Donate today to support journalism that brings Israel’s story alive.
SUPPORT ISRAEL21c
Read more on:   News, Judo, Arik Zeevi, iran israel, ariel zeevi, Olympic Games