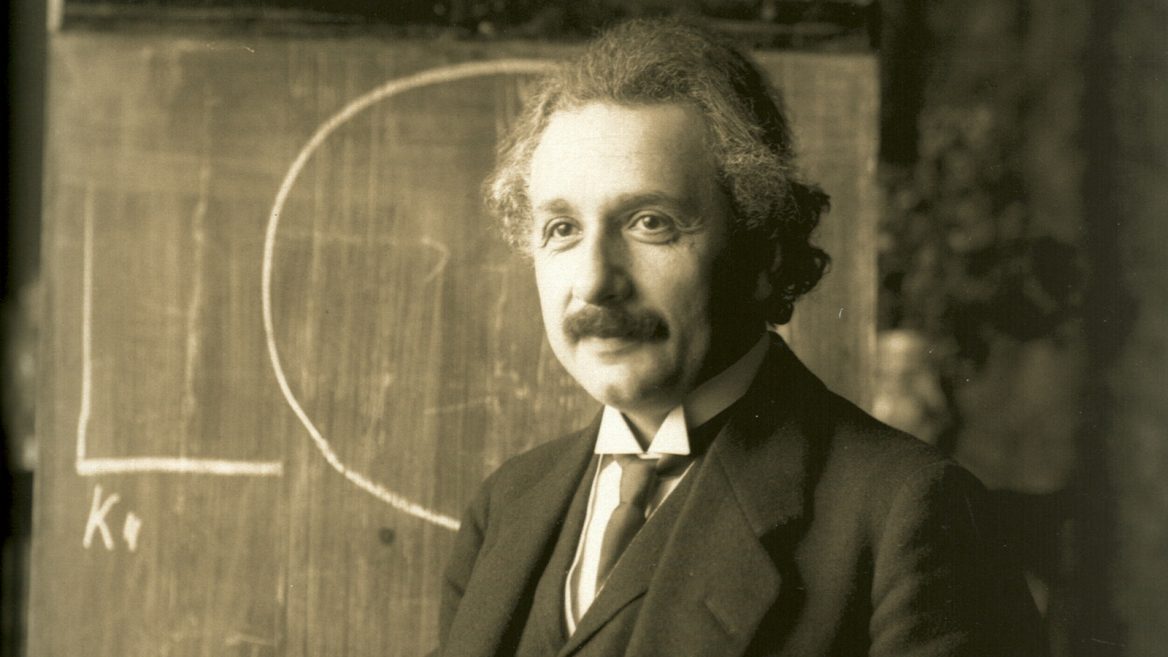 Photo courtesy of The Albert Einstein Archives at Hebrew University

The great scientist Albert Einstein visited the Holy Land only once, on a 12-day stopover between Japan and his native Germany in February 1923. That was two years after he won the Nobel Prize in Physics.

And yet Einstein’s legacy lives on quite literally in Israel. He was a founder of the Hebrew University of Jerusalem and bequeathed it his personal and scientific writings — including his handwritten Theory of Relativity and E=mc2 formula.

To mark next year’s 100th anniversary of Einstein’s Nobel Prize, the university plans to unveil Einstein: Visualize the Impossible, an interactive online experience billed as “one of the most exciting immersive platforms of the decade.” 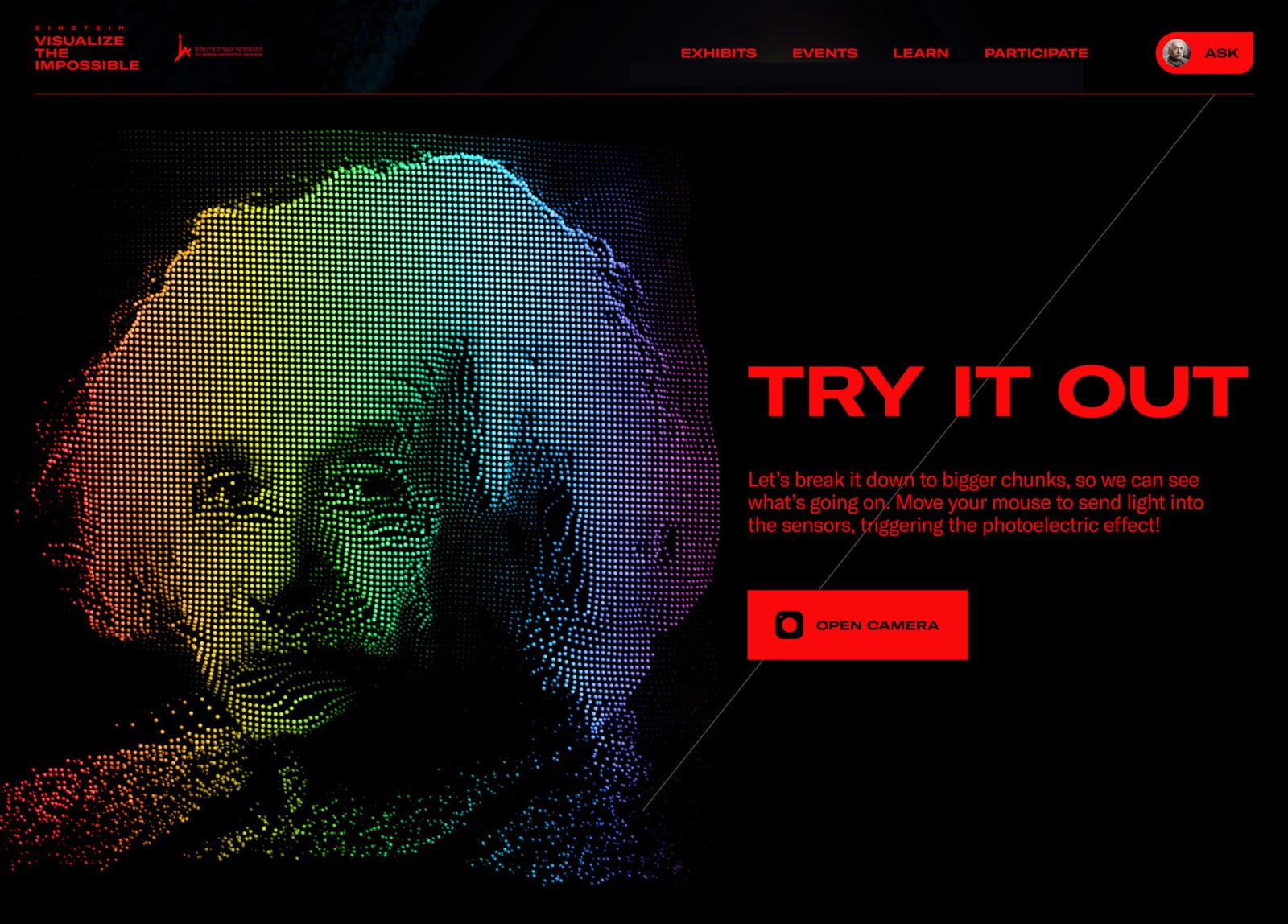 A world-class group of scientists and educators is developing the project in homage to the man whose scientific understandings led to lasers, nuclear power, fiber optics, driverless cars, GPS and space travel.

“What we planned initially was an ambitious traveling exhibition to mark the anniversary,” says Prof. Hanoch Gutfreund, former president of the Hebrew University and academic director of the Einstein Center and Albert Einstein Archives.

“But in view of the pandemic, now we are talking about a broad digital education platform that will allow us to be more flexible and more geographically accessible.”

The “we” he refers to includes American Friends of Hebrew University and the American firm that won a tender to execute the project. 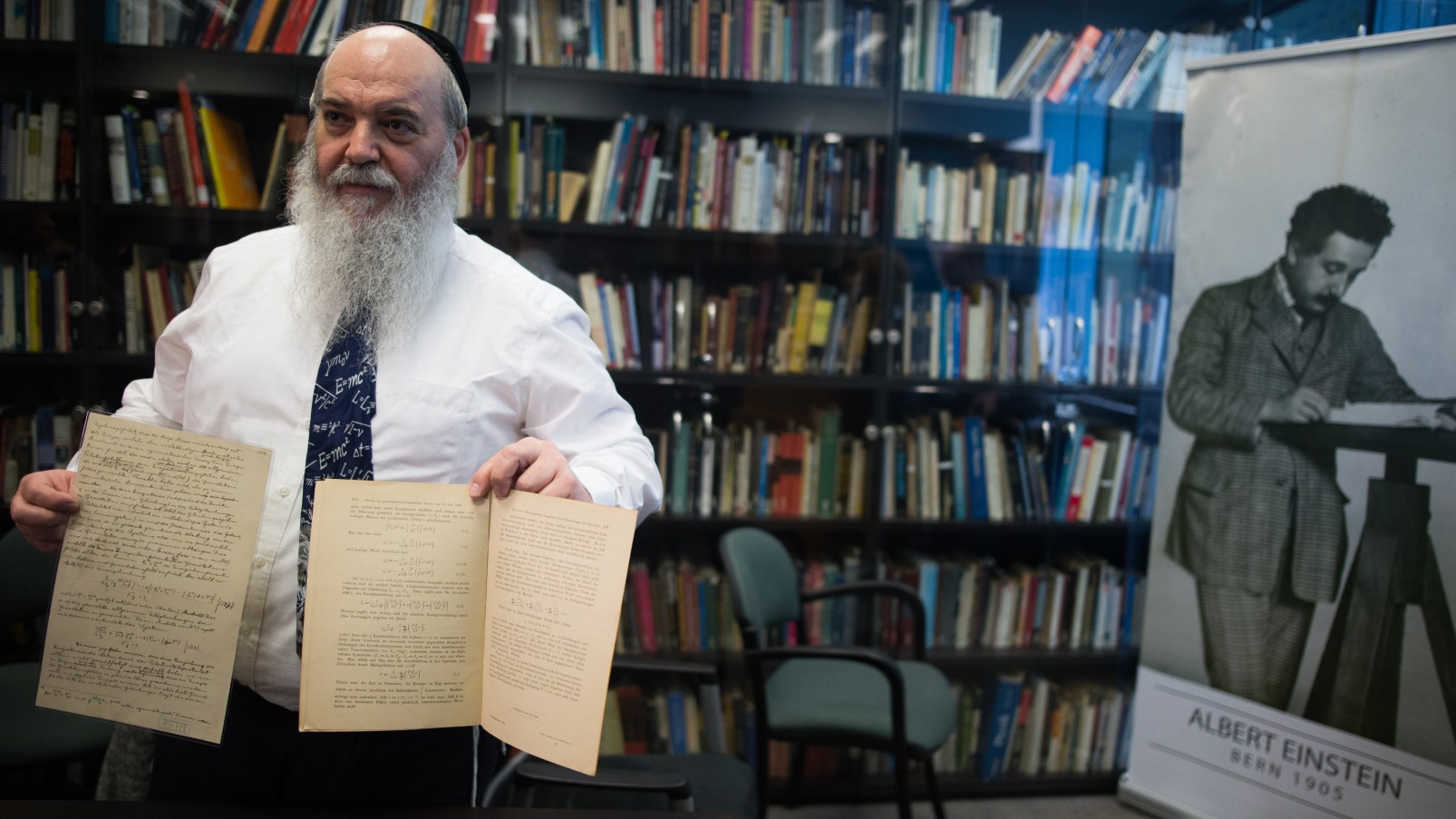 “There are so many books and exhibitions about Einstein. We thought about what we can do today that will be innovative and attractive to the younger generation and show why interest in Einstein has only increased even 60 years after his death,” Gutfreund tells ISRAEL21c.

“The other message is for times of crisis like this: What can we learn from the way he worked?”

Gutfreund explains that Einstein, a lifelong pacifist, “was not merely a physicist. He was a philosopher and a social and political activist who cared about the world and the state of mankind.” 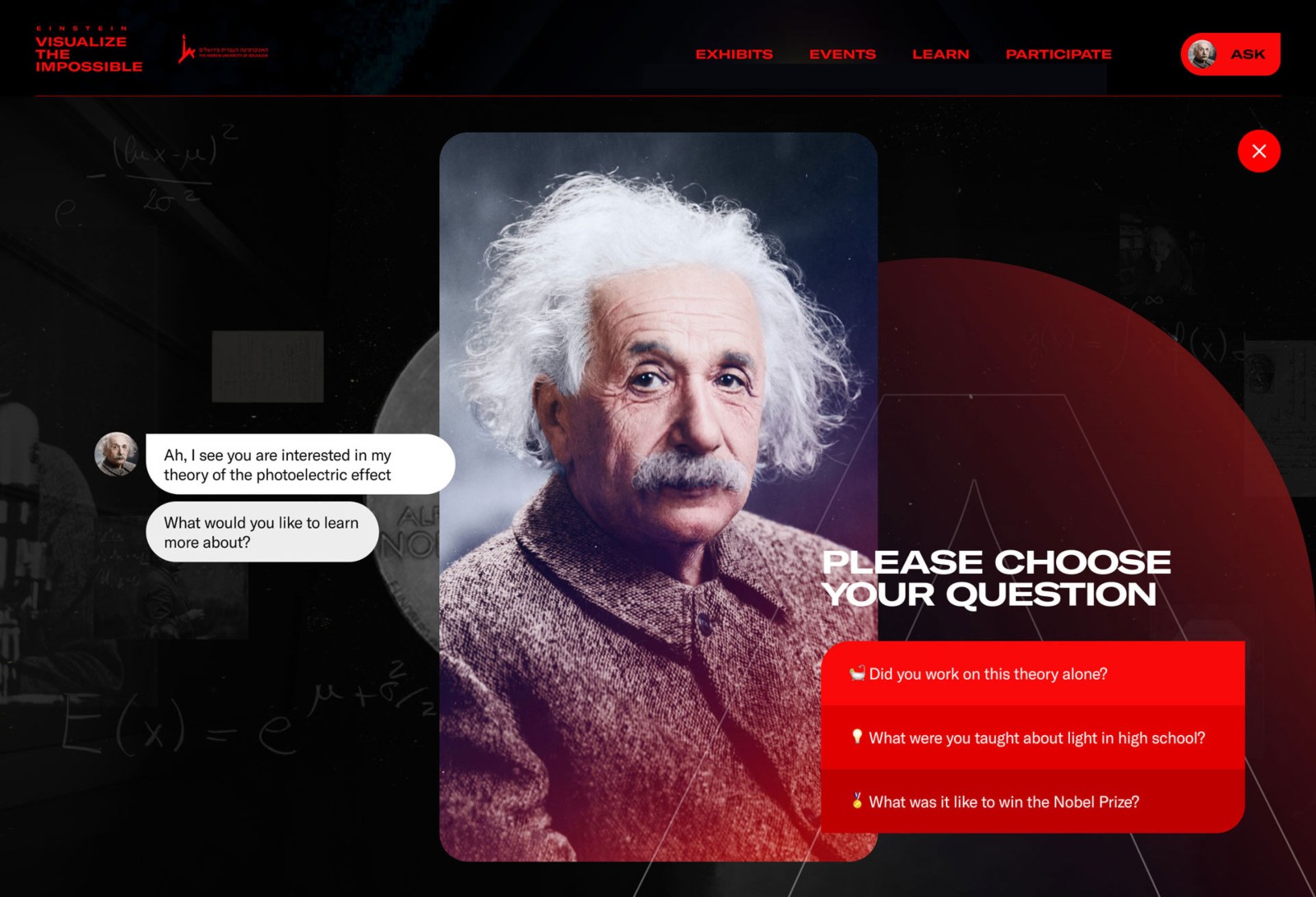 And in true Startup Nation fashion – although he died in 1955 when Israel was still a fledgling – Einstein embraced failure.

“He made many mistakes. I don’t know if any other scientist published as many wrong papers,” Gutfreund says. “We should learn from him to tolerate failure and understand how much we learn from mistakes.”

Another way the frizzy-haired genius was ahead of his time was his ability to multitask.

“Einstein was an extreme multitasker,” says Gutfreund. “He dealt at the same time with all the problems on the agenda of physics in his era. He published several papers in a short time in different areas of physics.”

The greatest scientist of the 20th century was born in 1879 into a secular Jewish family. He had his first encounter with anti-Semitism in 1914 and fled Europe for the United States in 1932 as the Nazis were denouncing him and his theories. 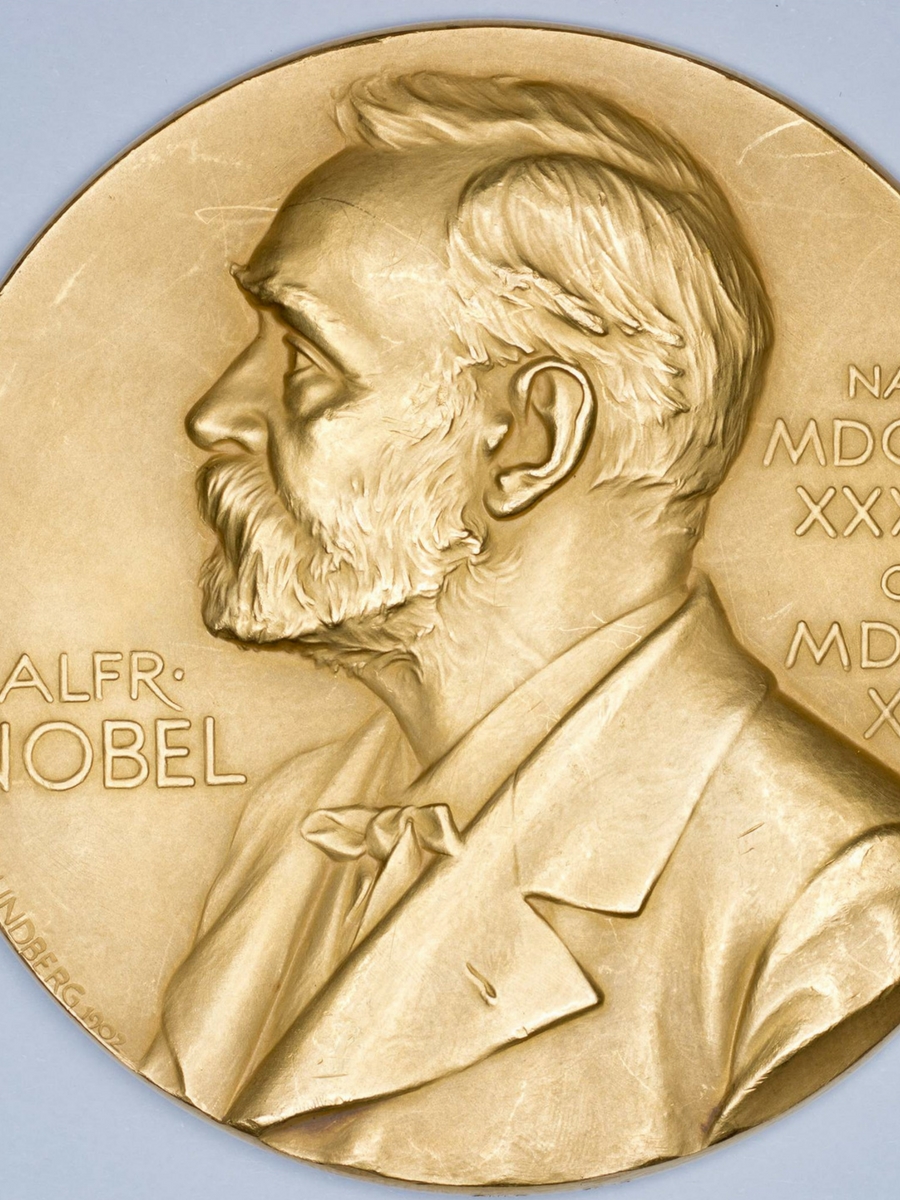 Gutfreund says perhaps this is what made Einstein decide “to devote much energy to the promotion of the faith, standing up against antisemitism and lending prestige to the Hebrew University and the Zionist movement.”

From afar in New Jersey, Einstein served on Hebrew University’s first board of governors and headed its academic committee. In 1952, he declined David Ben-Gurion’s invitation to be president of Israel.

In addition to raising funds to create the online exhibition – and perhaps a live exhibition after the pandemic – the university also hopes to build an Einstein education or discovery center on the Givat Ram campus in central Jerusalem.

“We are laying the groundwork for the digital platform. Once we have secured financing we will start working on content, format and delivery method,” says Gutfreund. “All of this will be new. Every museum in the world today is developing digital exhibitions and it’s a very different way to present.”