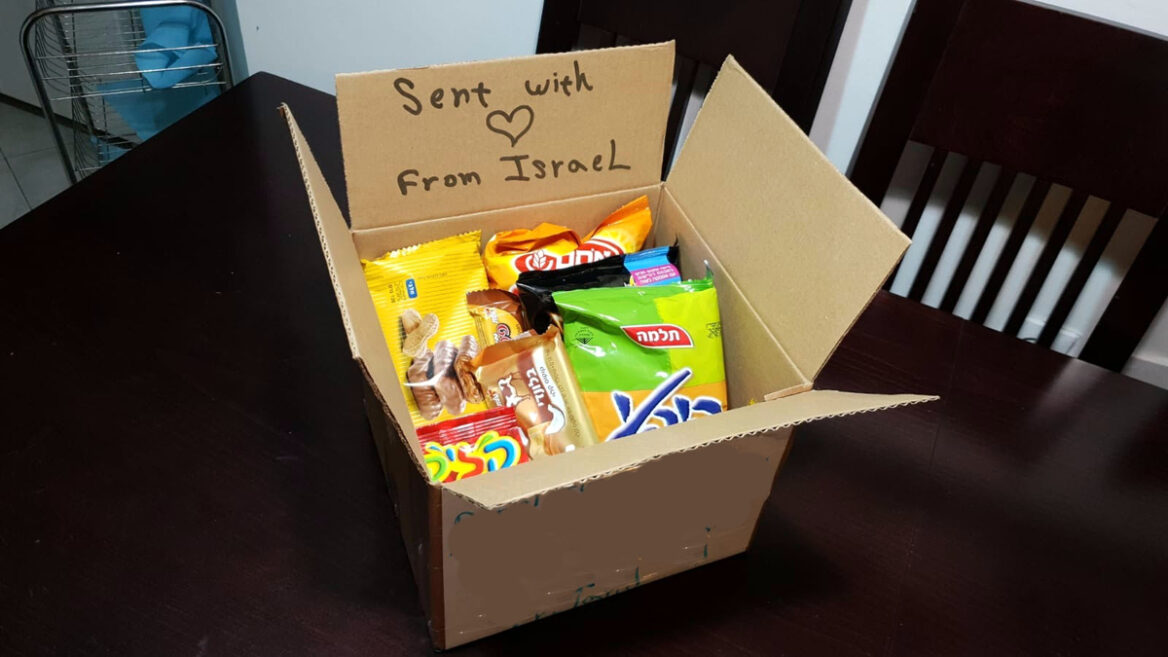 A CandyBandy box full of Israeli treats makes its way all across the world to one very happy person. Photo: courtesy

There’s nothing chocolate can’t fix, corona craziness included. In these days of social distancing, amazing candy from around the world is just what the doctor ordered. Along with good hygiene and home isolation, of course.

Those wanting to indulge in a journey to faraway lands from the safety of their own sofa would do well to check out CandyBandy, an online marketplace where people can exchange, buy or sell treats across the globe.

Whether you fancy Bamba from Israel, matcha-flavored KitKats from Japan or Jaffa Cakes from the UK – the world is your very chocolatey oyster. 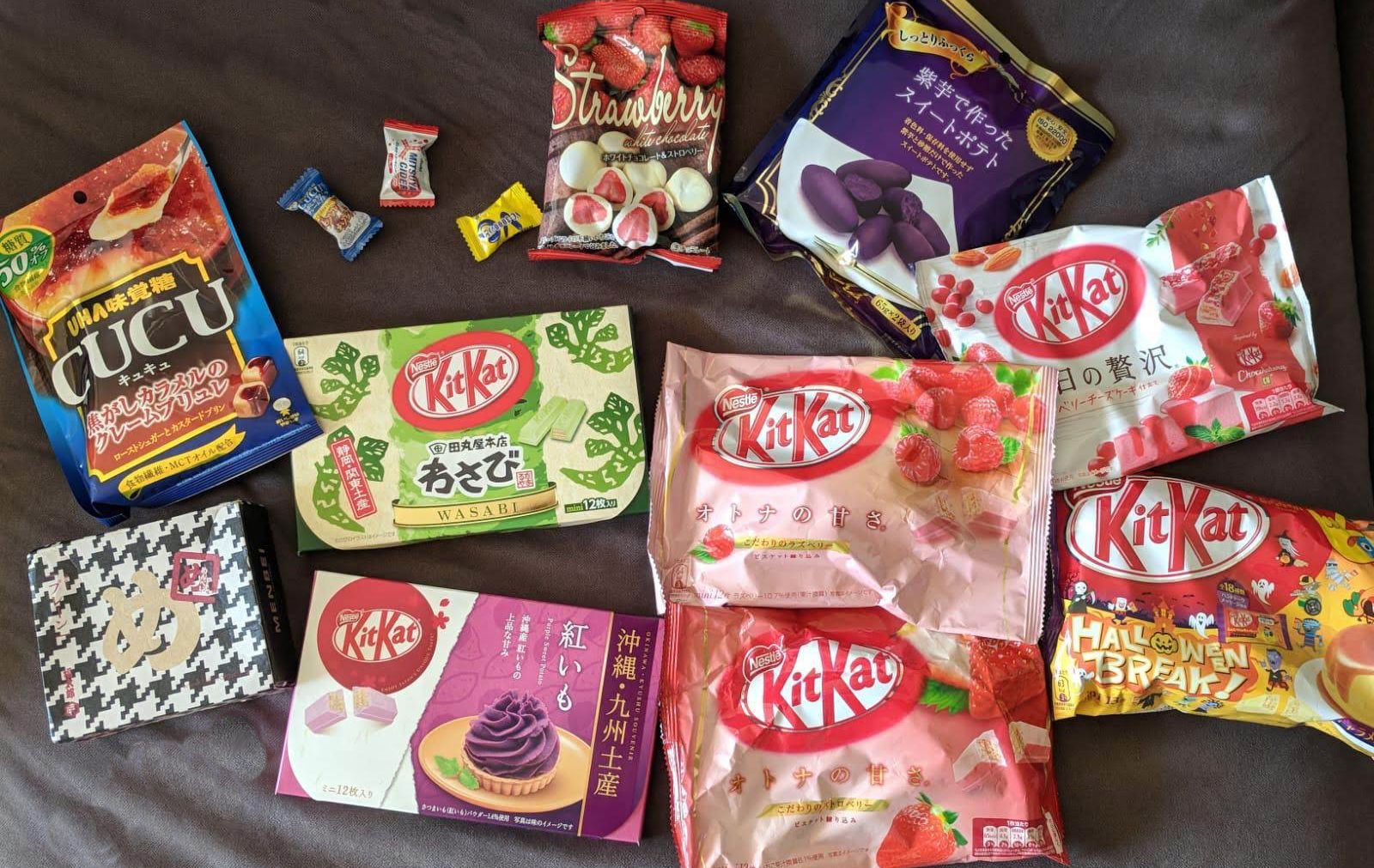 Japan is one of the most popular destinations that people want to receive candy from. Photo: courtesy

“I got back from a vacation in Barcelona a couple of years ago, and I brought some alfajores cookies back for me and my girlfriend at the time,” says CandyBandy founder and CEO Ronen Kiddo.

“When we ran out of them, we wanted more because they were really good, so I started looking for them in all the familiar and not familiar e-commerce websites and couldn’t find them,” Kiddo says.

“Then, I started asking random people who live in Barcelona if they can get me these cookies. I offered them money or snacks from Israel. They weren’t sure what I was talking about and thought that I’m crazy. At this point, I realized there is something here other than what I was looking for. I remember I thought that it’s crazy that the Internet doesn’t have a place for trading local goods chosen for you by a local,” he tells ISRAEL21c. 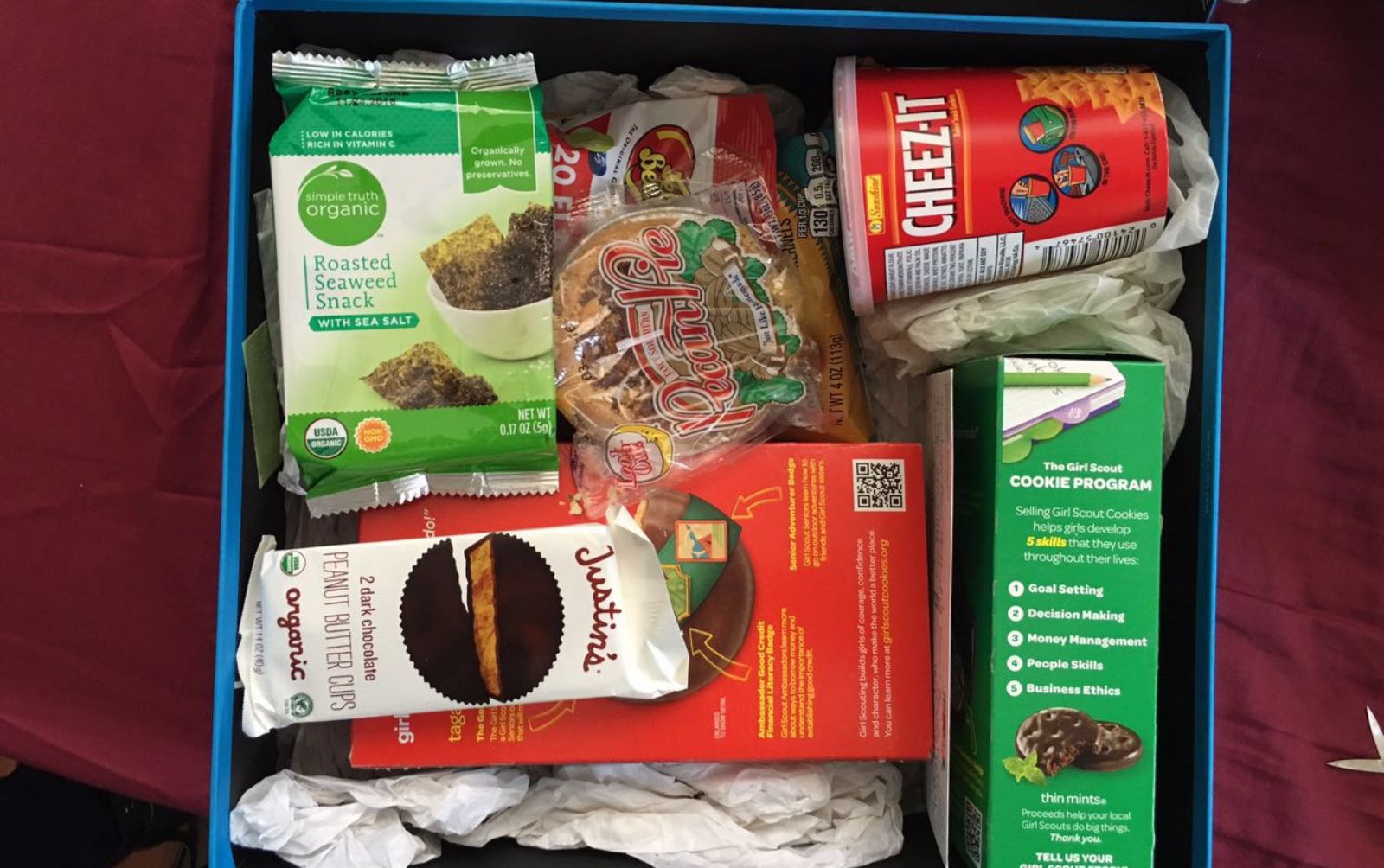 CandyBandy is the most delicious way to learn about other cultures and tastes. Photo: courtesy

As the project picked up steam, Kiddo realized it was bigger than a simple trade of locally loved goodies.

“People change what they think about people from other places after they taste their goods and communicate a little bit on the basis of the goods everyone has to offer. I realized that this kind of interaction can make the world a sweeter place to live in, so I founded CandyBandy with this as our company’s mission.”

Established in 2018, the Israeli startup now boasts a few thousand users from around the world who use the platform to send and receive delightful packages. 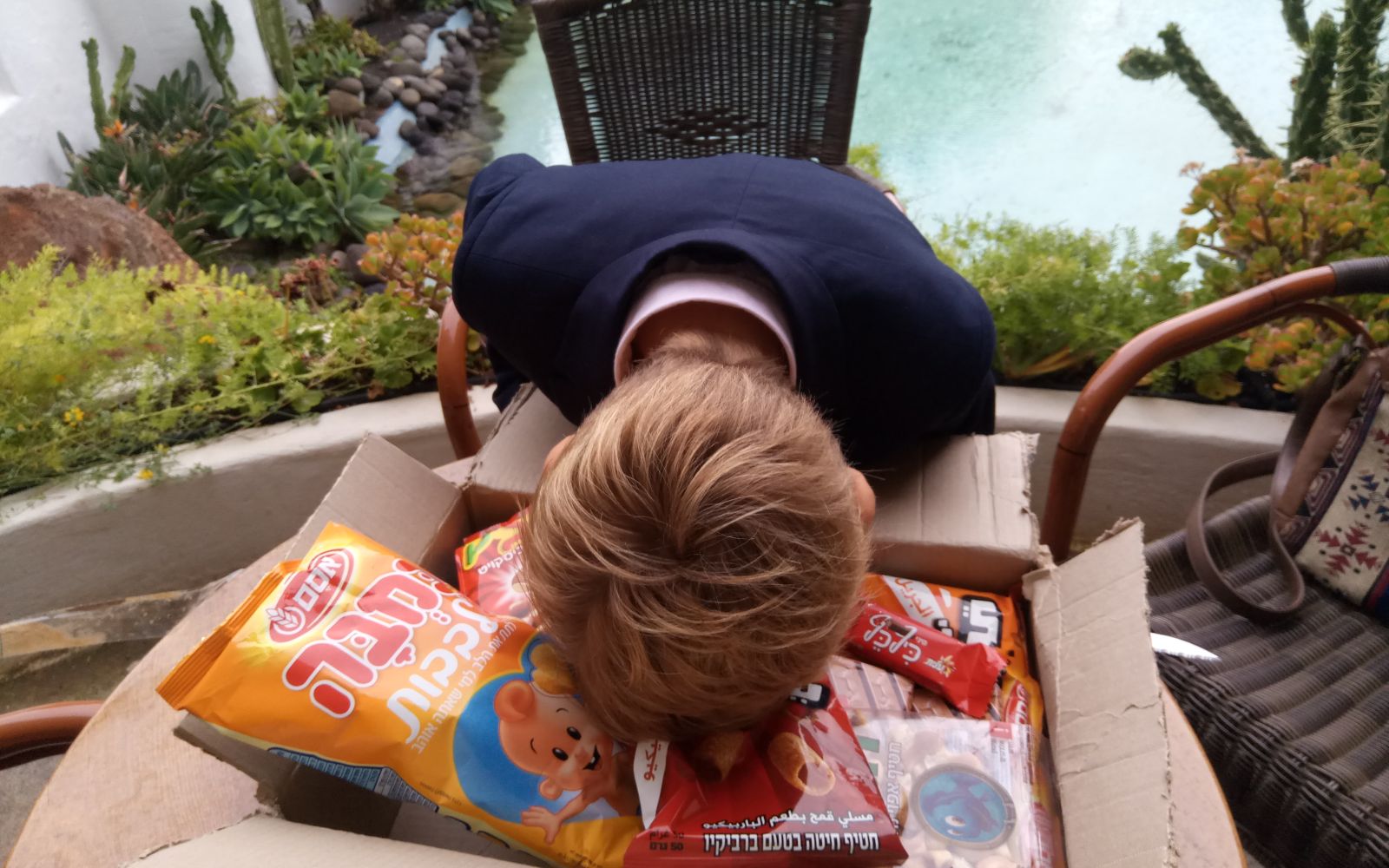 A young candy lover swoons over a box of Israeli chocolates and snacks. Photo: courtesy

The most popular destinations that people want to receive candy from, according to Kiddo, are Japan, Mexico, the UK, Canada, New Zealand and Israel.

Those ordering candy from the latter clearly know what’s good for them, with the most popular Israeli items being Blondie chocolate bars (“all flavors,” Kiddo notes), and, of course, Bamba. 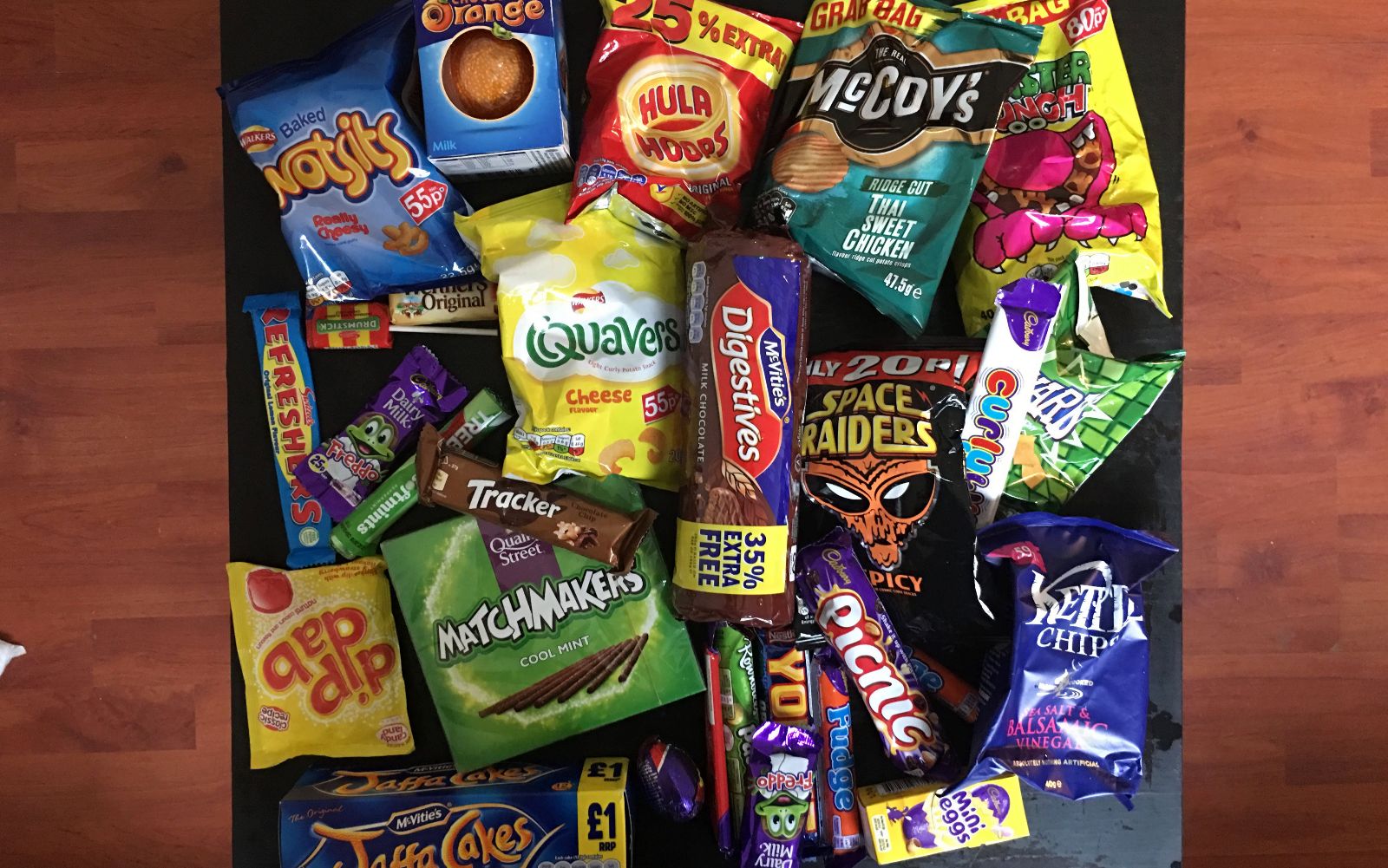 Jaffa Cakes, Kettle Chips and Digestives are some of the British treats CandyBandy users can lay their hands on. Photo: courtesy

And for Kiddo, CandyBandy doesn’t stop at candy.

“One of my dreams is to have many Iranian and Palestinian people exchanging local goods with Israelis so that we can show big numbers to the press and the world, and to show that we, the people, actually love each other and that it’s only the governments that don’t get along. But until such thing is legal to do or until we make it legal, we’ll have to send prayers to one another,” Kiddo says.

“I know that people who get snacks from Israel are always surprised that we actually have snacks and that they are so good,” he adds.“I heard a few came to visit Israel thanks to a great exchange with their Israeli partner, and that is amazing to me.”