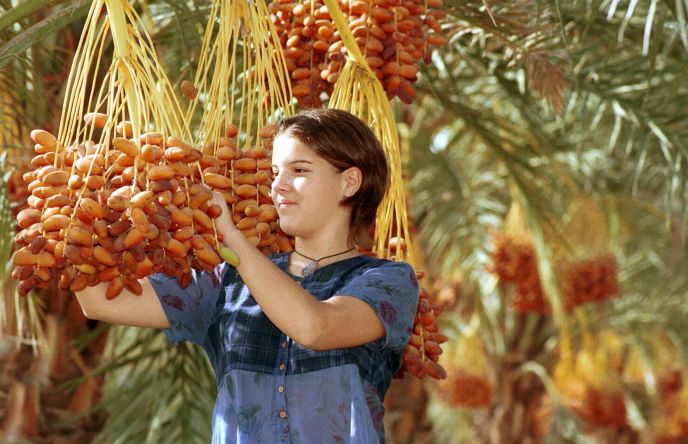 While traveling in Australia and New Zealand early last year, Jerusalem resident Moshik Cohen found his wallet getting close to empty. “I wanted to stay and see more sights, improve my English and meet local people, but it was too expensive to continue paying for hostels,” he relates.

Fortunately for Cohen, he ran into fellow Israeli Kobi Bodek backpacking in Sydney. Bodek told him about his brand-new online venture, KeyBoots, designed for just such circumstances.

Bodek’s two credos are “Your trip doesn’t have to end when you run out of money” and “Don’t just visit — live it!”.

His idea is to match travelers on a budget (for now, only in Australia and Israel) with hosts offering room and board in exchange for light work.

In Cohen’s case, he was able to remain in Australia for eight months in a small town south of Sydney, helping a farmer with tasks ranging from building a website (Cohen is a web developer) to building a wheelbarrow.

“It was very nice,” Cohen tells ISRAEL21c. “I worked with him for three or four hours a day and he took me to some beautiful places I couldn’t have gone by myself — places tourists don’t go. It was a win-win because I got to meet local people and save money.”

Bodek tells ISRAEL21c that the idea came to him during his travels in Thailand in 2013. Walking around the small island of Kapiti, he met some young British tourists seeking short-term jobs in exchange for accommodations so that they could extend their trip.

“It reminded me of the kibbutz volunteer program we have in Israel, and when I came back I immediately started researching the idea,” he says.

Bodek discovered that volunteering on farms is also a popular way to spend time in Australia. Both countries have visa arrangements that allow for a “working holiday.”

To insure the safety of the “boots” as much as possible, KeyBoots partners with established nonprofits, such as the Kibbutz Movement whose volunteer program has been running since the 1970s and currently encompasses 30 kibbutzim.

“We like to work with big organizations because they can provide support, but we see value in individual farms and other sites as well. Every new ‘key’ that registers we check out as much as we can,” says Bodek. Photos and videos of both “keys” and “boots” are available on the site.

Members can message one another through the KeyBoots website and also post evaluations and recommendations, which not only help future users but also foster a helpful competition among “keys” to improve conditions, Bodek points out.

Cohen says he made sure to meet his farmer host in a public place before agreeing to the arrangement, and only signed on when he felt comfortable about his safety.

Yanik Langer of Germany found safety in numbers; when he came to work on a small farm near Noosa, Australia, through KeyBoots last year, he joined four others doing the same thing. In exchange for a bed, food and a bit of pocket money, the travelers picked fruit and helped the farmer care for his animals.

“It was great,” Langer tells ISRAEL21c. “We were like a big family. We ate meals together and on weekends the farmer showed us around the national parks in his car. I stayed for about three months and it was a lot of fun.”

Bodek is hoping to expand KeyBoots into additional countries where a work exchange is legal, and also to increase the database of “keys” in Israel and Australia.

“We’re working every day to find new organizations to work with,” he says.

Bodek, 31, has a computer-science degree from the Technion-Israel Institute of Technology. His brother, Matan, is KeyBoots’ product manager and lead designer, and their friend Tal Pascoviche is CTO. The self-financed business is based in Haifa.

KeyBoots is not looking for investments. “We have a business model: a membership fee to gain access to the database,” explains Bodek, who previously worked in high-tech.