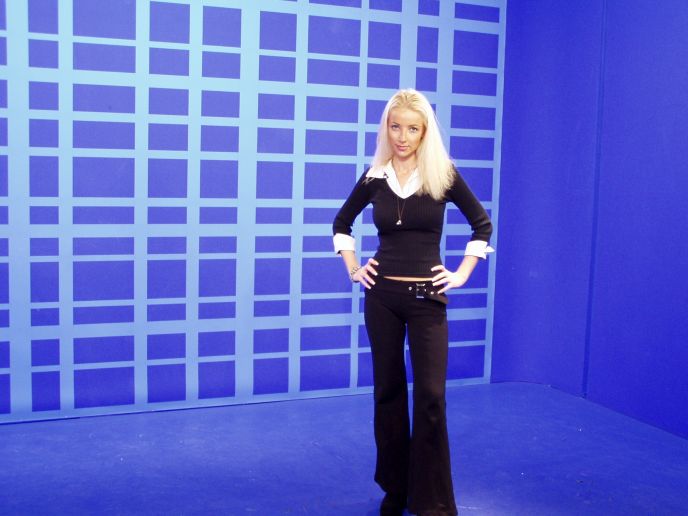 The viral mobile-app game GetYou lets anonymous users look at one another’s pictures and guess their age, profession and traits. Guessers receive a score showing how close they were to the mark, and can choose to “friend” the mystery person, who has also received results of the various guesses.

Though it went viral quickly, gaining some 300,000 players from 174 countries within four months of its beta release, the GetYou game was only meant to test the waters for a much more spectacular app, founder Orit Mossinson tells ISRAEL21c.

“This first offering is a gamified discovery tool for introducing the full platform,” she says. “We got crazy world buzz and we didn’t even do any marketing yet.”

What do others think of you?

The serial entrepreneur has been crisscrossing the globe drumming up buzz and dollars to roll out “the first-ever crowdsourced profile for you, your content and your online persona; and a personalized feed for each of your personality aspects.”

Her intention was to redefine social networking and bridge “first-impression gaps.”

“We all want to get introduced to people to help us advance,” says Mossinson, who was on the founding team of Wix, recently named the hottest Middle Eastern startup.

She admits the GetYou platform is complicated to build, which is why her team of 11 has been working on it in their Tel Aviv office for more than a year.

But with a doctorate in business and experience with other startups, Mossinson was not intimidated. And she got votes of confidence in the form of $1.1 million in seed money from venture capital funds including RDSeed, and from angel investors including Wix CEO Avishai Abrahami.

GetYou was the first Israeli startup chosen to compete in SevenVentures Pitch Day (7VPD), a three-year-old event held this year in London on November 13. GetYou vied with startups from the US, Germany, Poland, India and Holland for millions of euros worth of prizes. (One of the judges also was Israeli: Gilad Novik of Horizons Ventures in London.) Though the Israeli company did not win, the exposure was extremely valuable, says Mossinson.

In her meetings with potential partners and investors across the world, she has come to foresee “plenty of cross-platform joint venture options” in GetYou’s future. “People from the digital TV world, in particular, find it interesting,” she says.

In a heavily male startup world, the blond and blue-eyed Mossinson cannot help but stand out. There are both pros and cons to being different. She relates that her gender does pose some obstacles, not only because of people’s preconceptions about women in high-tech but also for practical reasons like business travel as a single woman.

“You get used to it,” she says, revealing her can-do approach.

Mossinson is also unusual in that she holds a doctorate in business and taught entrepreneurship for six years before turning her full attention to marketing Wix.

I want to get back into academics someday because I can really influence the next generation of entrepreneurs and innovators,” she says. Mossinson especially likes encouraging other women to try their hand at startups.

For her, the direction of her life was a given.

“I was born an entrepreneur and didn’t have any other choice,” she says.