Golan Tishbi is the winemaker of Israel’s acclaimed Tishbi boutique winery. He also has a sweet tooth. In a unique mash-up of the culinary and the bubbly, Tishbi’s winery earlier this year launched a wine-and-chocolate experience. Opened with little fanfare in January 2011, the tasting center has already received some 40,000 visitors.

Tishbi was just one of several attractions ISRAEL21c visited as part of a tour through Israel’s latest travel hot spot: the Carmel region. Located along the Mediterranean coast south of Haifa (an easy day trip from either Tel Aviv or Haifa; a bit farther afield from Jerusalem), the area now attracts three million visitors a year. Also on our touring agenda: organic olive oil, a stylish micro-brewery and more wine, of course.

Let’s start with the most decadent. The small village of Binyamina is known mostly for its tranquil lifestyle and, for those who are merely rattling through, its modern train station, which allows commuters to live in the countryside less than an hour away from the center by rail. But those in the know make sure to build in a stop at the Tishbi winery.

Tishbi was founded in 1984 by Jonathan Tishbi and is now run by his grandchildren. We schmoozed with Golan Tishbi, who serves as the winemaker and gracious host at the tasting room.

The resulting experience is a 45-minute tasting that pairs up six wines with six chocolates in three glasses of various sizes. The wines range from dry white to a rich dessert Merlot, while the chocolates are each identified by which part of the world they hail from (there’s a big difference in taste between Manjari chocolate from Madagascar and the Caribbean Caraibe) as well as the percentage of cocoa inside (up to 85 percent, as decadent as they come). 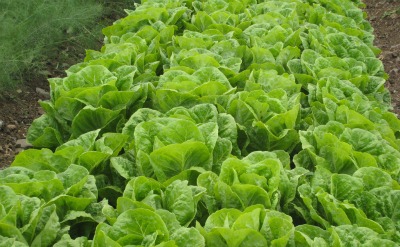 Tishbi instructs visitors to first break off a piece of chocolate and let it melt in their mouths before swirling the appropriate wine over the chocolate. Whether you wash the chocolate down with the wine or swallow the wine first and the chocolate only afterward is your choice — just don’t bite it!

Tishbi explains that even the size of the wine glass is deliberate. The larger the opening to the glass, the more of the fragrance you’ll bring into the tasting experience (and 90% of taste goes through the nose, Tishbi emphasizes).

The tasting costs NIS 30 (under $10) but Tishbi is clearly making money on the wide selection of products for sale, from NIS 120 ($32) boxes of chocolate to NIS 50 ($13) jars of wine jellies (fancy a fig Cabernet jam?) The restaurant next door makes a fine complement to a mid-morning tasting. Tishbi produces more than a million bottles of kosher wine a year and sells its wares all over the world.

From business to beer

Wine is fine, but sometimes you’re in the mood for something a bit more plebian, like beer. Well, the beer at the Pava micro-brewery in Zichron Yaakov is as boutique as Tishbi’s wine. 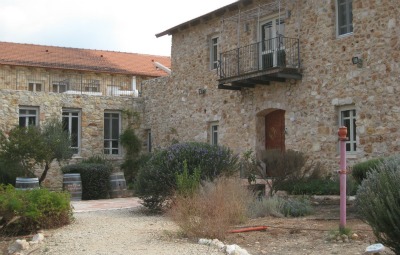 Amphorae Winery was designed to resemble an authentic Tuscan villa.

In a previous life, owner Nachi Bargida imported and exported off-the-road and agricultural tires. But Bargida was always more in love with beers than eight-wheelers, and he was successful enough to be able to finance Pava entirely on his own, to the tune of some $1.5 million.

Bargida used his international travel experience to locate brewing machinery and expertise from a variety of countries. The brewhouse comes from Slovakia; the basic beer recipe was “reverse engineered” from one Bargida encountered in Bavaria. The brewery even built its own apparatus to distill the water.

Come to Pava on a warm evening and you can sit outside where, on Thursday nights, a band plays in German beerhouse style. Don’t forget to ask for the specialty beers of the month. Our favorite was brewed with Indian spices including cardamom, Muscat flowers and saffron.

Pava produces 14,000 liters of beer a month. It’s kosher, with no sugar or artificial additives. But it’s not all about the beer.

“I wanted to show young people a different side to Israel, one that is not just conflict and holy sites,” Bargida says.

While there is a wide variety of things to do in the Carmel — the Carmelim Tourism Board publishes a comprehensive map of attractions from extreme sports (para-diving off the cliffs above Bonim Beach) to museums (the First Aliyah Museum in Zichron Yaakov) — we recommend two more stops, both organic and next to each other. 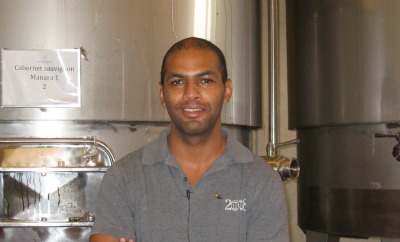 The Amphorae Vineyard is an organic winery built to resemble an authentic Tuscan villa. Inside is a stylish tasting room, fermenting barrels and a dark wood “library” of every wine ever produced there.

Amphorae produces 60,000 bottles a year (not kosher). “We’re small and we want to stay that way,” says winemaker Alon Domboya.

Located just next door to Amphorae is Makura Ranch, which specializes in olives and olive oil. Makura produces 50,000 liters of olive oil a year on 400 acres.

Makura generates all its electricity from solar panels, recycles its water in three large ponds with special plants to absorb microbes, composts leftovers and uses Bio-Bees from Kibbutz Sde Eliyahu to fight off insects naturally.

Proprietor Guy Rilov and his team host school groups who come to learn about the farm’s 100% sustainable approach (and to taste a few olives in the farm’s handsome store). Does Makura make a profit? Rilov, who has been a farmer for 35 years, says that’s not the point. “It’s become a way of life,” he says.

Which is pretty much the mantra you’ll hear throughout the Carmel region: a great place to live, work, and now to tour as well.

UNCOVER ISRAEL - Get the ISRAEL21c
Weekly Edition free by email
Sign Up Now!
Bring Israel's story to life.
Millions of people around the world rely on us to gain a deeper understanding of Israel. We are the trusted source for original content you won't find anywhere else.
You can make a difference. Donate today to support journalism that brings Israel’s story alive.
SUPPORT ISRAEL21c
Read more on:   Travel, Israeli food and drink