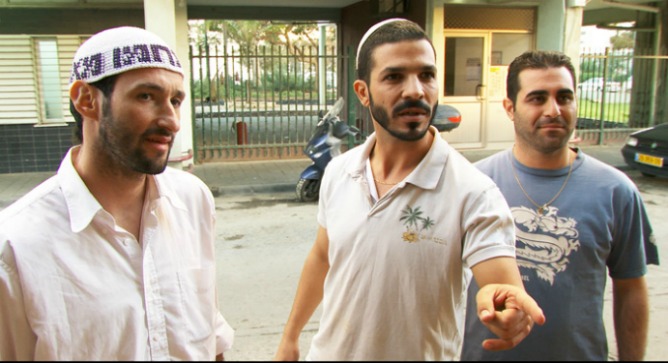 A scene from God’s Neighbors.

The Israeli film and television industry has been gaining international recognition, as you’ve read in many different ISRAEL21c reports.

From the Cannes Film Festival to the Academy Awards, made-in-Israel flicks – some raw or controversial, others dramatic or comic — are highly regarded for their mastery in focusing an honest lens on varied segments of Israeli life.

Want to meet some of the creative geniuses behind this phenomenal achievement? Join us for ISRAEL21c’s Journey to Israel, October 20-27. 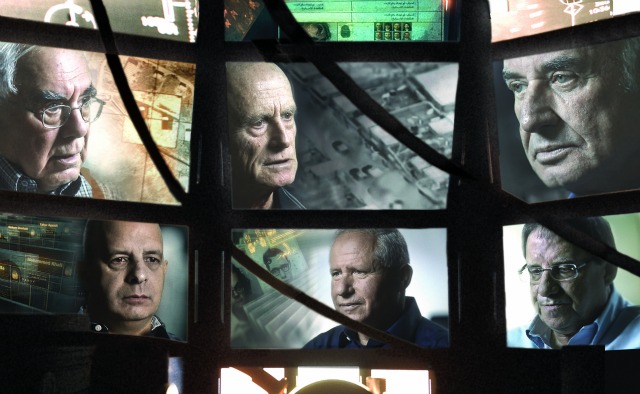 A film workshop will give tour members a chance to dialogue with leading Israeli film personalities.

Israeli-made movies have made a big splash in every one of the past four years, as Oscar nominations have gone to The Gatekeepers, 5 Broken Cameras, Waltz with Bashir, Beaufort and Ajami. In all, 10 Israeli films have been nominated for the Foreign Language Oscar over the years (the first was Ephraim Kishon’s classic Sallah in 1964).

Filmmakers Kishon, Moshe Mizrahi and Joseph Cedar are distinguished for getting two Oscar nominations each.

In 2012, Rama Burshtein’s Fill the Void received an award at the Venice International Film Festival, while God’s Neighbors by Meni Yaesh captured a prize at the famed Cannes Film festival.

Journey to Israel will also feature a visit to the Jerusalem Venture Partners Media Quarter for a glimpse of some of the cutting-edge ideas in film and media emanating from the capital city.

Located in the renovated national mint of the British Empire and the Ottoman warehouses next door, the JVP Media Quarter has heralded the revitalization of the area surrounding Jerusalem’s old train station – reborn recently as The First Station culture and entertainment hub just down the block from the Jerusalem Cinemateque. 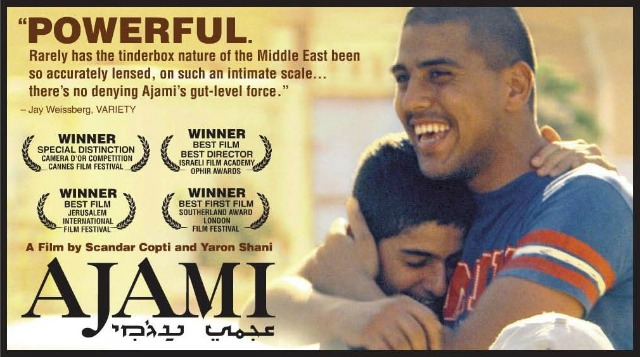 At this buzzing compound, visitors will see some 300 young engineers, artists, storytellers and entrepreneurs working at the venture capital firm, the JVP Media Labs technology incubator, a dozen JVP startup and portfolio companies, the performing arts club Zappa Jerusalem in The Lab, and the social profit organization JVP Community (Bakehila).

Among the entertainment-field companies successfully incubated at Media Labs is games developer Funtactix, which signed agreements in 2011 to create Web-based virtual worlds for Paramount Pictures and Warner Music Group and then developed an online game to promote sci-fi thriller The Hunger Games and Mission: Impossible.

Where are Israelis learning the trade? At the Minshar School of Cinema in Tel Aviv, the Sam Spiegel Film and Television School and Ma’aleh School of Television, Film and the Arts in Jerusalem, and also at the Bezalel Academy of Art and Design, Sapir College and Tel Aviv University.

Who knows? Being part of our tour may just give you the inside scoop on the next big Israeli blockbuster.