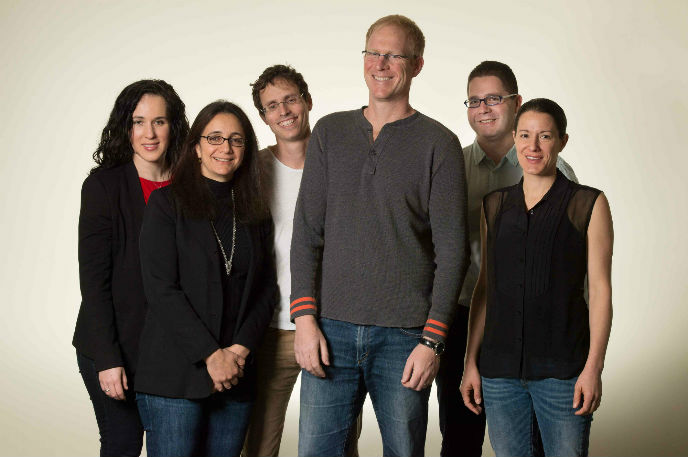 The dream of every startup is to foresee and capitalize on revolutionary trends, and the video technology company Kaltura  has been doing just that.

Founded in 2006 by Israeli serial entrepreneurs Ron Yekutiel, Shay David, Michal Tsur and Eran Etam, Kaltura was listed by Forbes last June as one of the top 25 hot Israeli tech startups to watch this year.

“The world is becoming much more visual than textual,” CEO Ron Yekutiel tells ISRAEL21c at Kaltura’s subsidiary office in Ramat Gan (the technically American company, called Delaware Corporation, also has branches in New York, London, Sao Paulo and soon in Asia-Pacific). “We will watch it grow more and more videofied.”

It was this trend that Yekutiel and his cofounders observed when they decided to create Kaltura, though initially they weren’t sure exactly which venture they were seeking.

“We began with a general vision,” explains Yekutiel. “It was represented by three words: ‘open,’ ‘flexible’ and ‘collaborative,’ which described and summed up our concept of pluralism. It’s what we wanted our company to reflect.”

The name “Kaltura” is gibberish that is in no one language, he says, but sounds like the word for “culture” in many.

“What we had in mind was creating a certain culture, not a certain product. And we ended up applying this concept to video.”

The advent of YouTube in 2005 was a good indication that their instincts were sound. A few months after Kaltura was established, Google purchased the mega-popular video-sharing site for $1.65 billion in stock.

“As an entrepreneur, you ask yourself whether a new trend is a passing fancy or a paradigm shift,” says Yekutiel, who noted at the time that the barriers to video production were quickly coming down. These included the increase in smartphone capabilities and consumption, and the decrease in the cost of band width. “So it was obvious to us that video was going to find its way into everything out there.”

What Yekutiel and his partners found lacking on the market were modular tools for analyzing data and monetizing a whole gamut of workflows (such as in media companies, corporations and schools), and a user-friendly way of inserting video capabilities into them.

In order to create their horizontal integration of the product, the Kaltura team began with verticals, first among the entertainment industry. Their innovation in video solutions aimed at reducing costs and increasing revenue, while reaching a far wider audience through a greater number of devices.

The ‘how,’ in this case, is the key that differentiates Kaltura from other video platforms: a “LEGO-like” system comprised of small components that can be assembled differently and/or added to, according to the specific needs of any enterprise.

This enables the production, distribution, sharing, uploading, transcoding, clipping, subtitling, editing and overall organizing of the meta-data of videos in a seamless way, and makes it simple to access them on computers, laptops, tablets and phones.

The concept, as the product, turned out to be a smashing success, with Kaltura securing an initial $100 million. Today it caters to four main verticals — media, service providers, corporations and education – with more than 80,000 developers globally in an ecosystem that is Kaltura-compliant.

Yekutiel, 40, who divides his time between Israel and the United States, says that by the end of the year Kaltura will have 400 staff members worldwide, half of them in Israel.

“The core engine of our research and development is and always will remain in Israel, but not out of necessity,” he says, explaining that though he and his cofounders (several of whom have PhDs) are all native Israelis, when they founded Kaltura they were scattered across the world.

Nor are any of Kaltura’s investors Israeli. “We could have based our operations anywhere. But we wanted to do it here, both from a Zionist perspective and out of a belief in the technology and the people.”