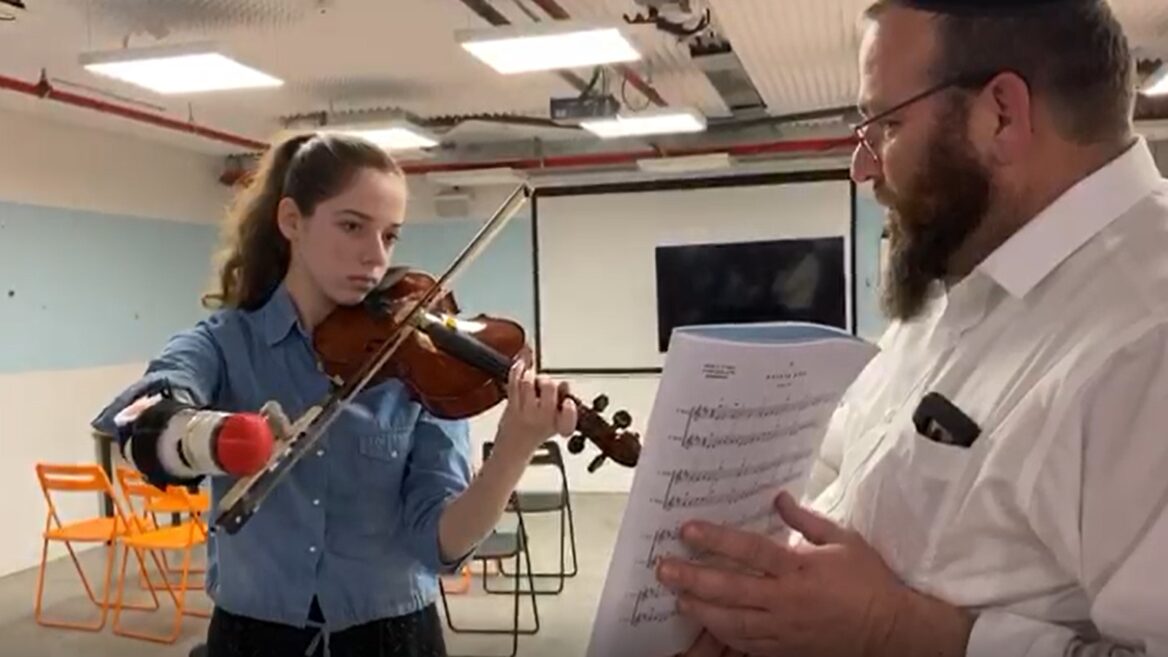 Yael can play the violin thanks to a 3D-printed prosthetic arm designed through Tikkun Olam Makers.

Yael, 16, from Petah Tikvah, was born with one arm. She’s always hoped to play the violin but there was no prosthetic device designed for that purpose.

Recently, at a Tikkun Olam Makers (TOM) makeathon at Shenkar College of Engineering, Arts, and Design in Ramat Gan, Israeli students created the device that makes her dream a reality.

TOM is a global humanitarian project dedicated to creating and distributing highly affordable inventions for problems for which corporate or government solutions aren’t likely to happen.

“In this case, students were able to manufacture a replacement and functional prosthesis that costs under $60, while a hand prosthesis costs between $5,000 and $50,000,” said TOM Founder and President Gideon Grinstein.

“It is unlikely that any major company would be interested in creating affordable solutions for specific desires of amputees to be able to cook, paint or play the violin. But our approach allows small teams, like Shenkar students, to create such products in advance of entering their future profession,” said Grinstein. 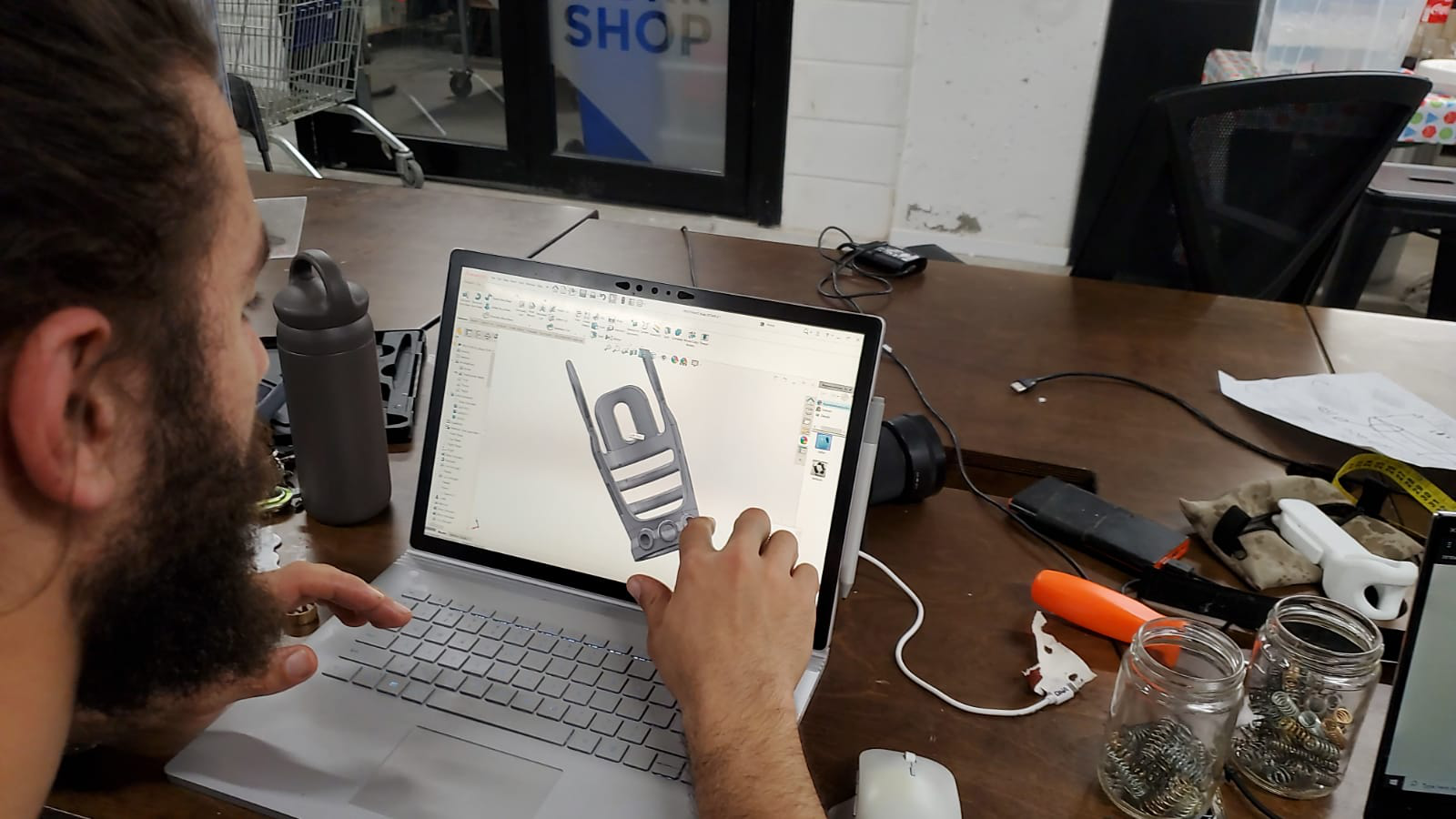 TOM crowdsourced the talents of volunteers engaged in open innovation. Products can be co-designed by multiple teams in different places, and the solutions are made available to anyone in need.

The PJ Prosthesis, as the students dubbed the arm, was first designed by TOM: TelAviv community members in 2018 for injured IDF veteran Noam Guez, who wanted to cook and paint. Months later, TOM Singapore built on that device to allow Tan Whee Boon, a young man who lost both of his limbs due to flesh-eating bacteria, to use the toilet without assistance.

The PJ prosthesis anchors to the limb, while serving as a modular platform where various attachments or “function heads” (such as a paintbrush or violin bow) can be connected in order to perform the needed function of the user.

Most recently, the Shenkar students refined the PJ Prosthesis for Yael and for 27-year-old Itamar, who wanted to play the drums. 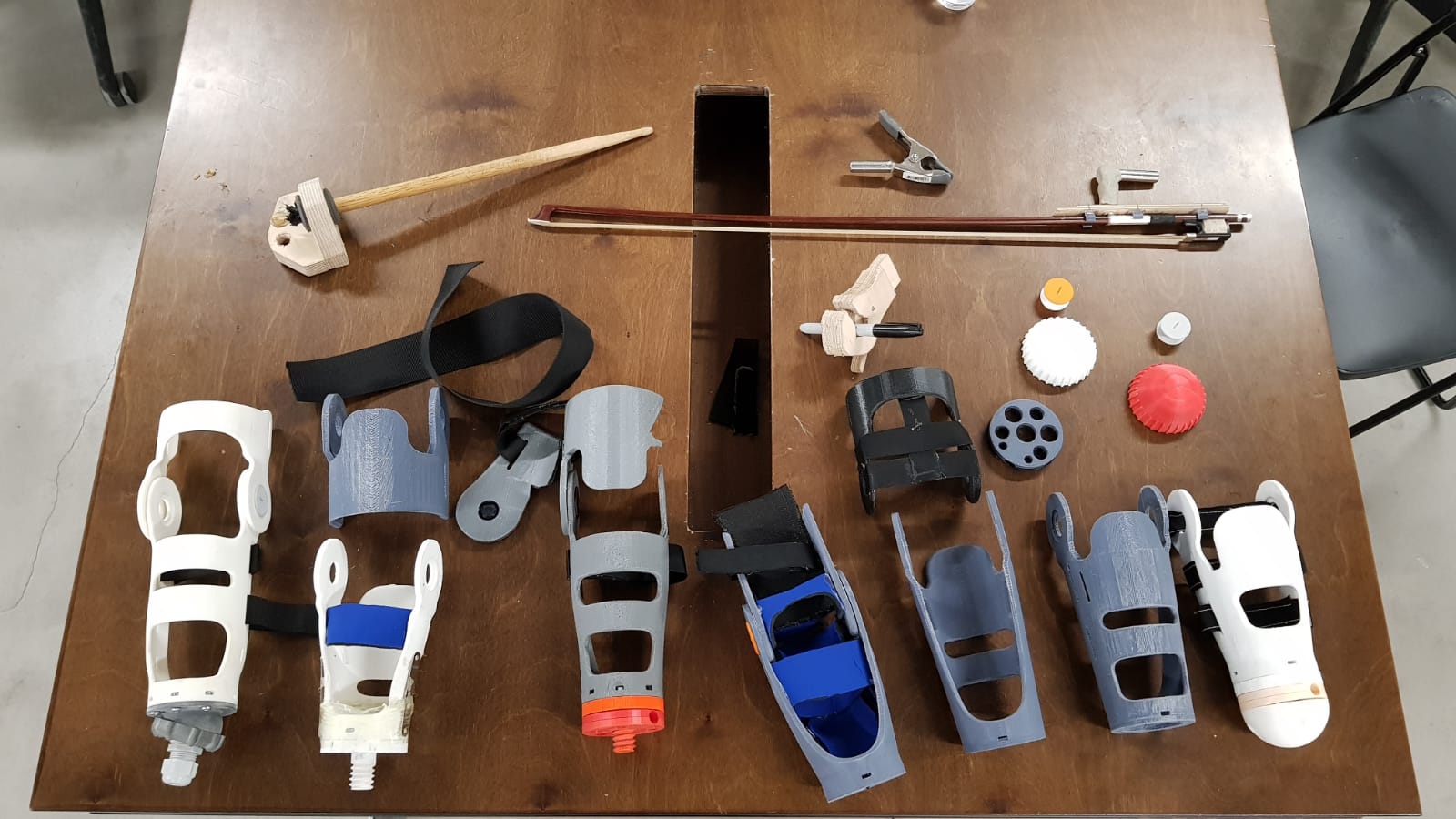 Parts that were printed to fashion the PJ Prosthesis. Photo courtesy of Tikkun Olam Makers

The design will be replicated for 15 additional users who will serve as test-cases for partnerships with veterans administrations and groups helping those with physical disabilities in Israel, the United States and the United Kingdom.

“Products like the PJ Prosthesis demonstrate the tremendous potential impact of our program, by illustrating how teams all over the world can collaborate in developing additional solutions based on the original PJ-Prosthesis,” said TOM CEO Edun Sela.

Launched in 2014 by the Reut Group, TOM has 67 local communities in 22 countries and five continents, who are developing 450 solutions with the potential of improving the lives of millions of people.