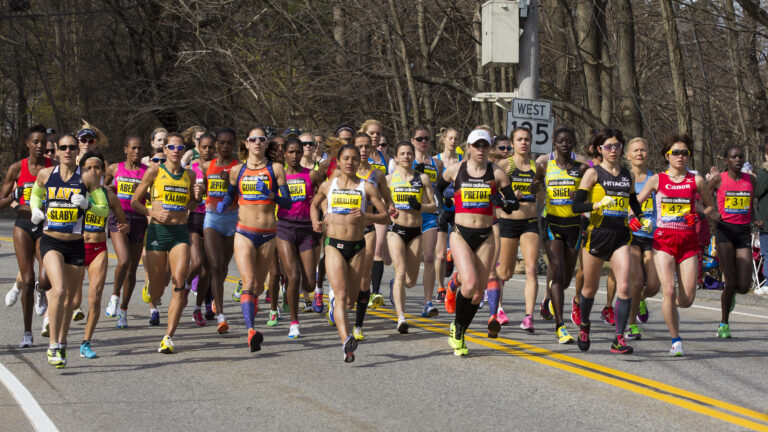 The Boston Marathon 2013 hosted 28,000 athletes from around the world. (Shutterstock.com)

A top emergency medicine doctor at a Boston hospital credited Israeli expertise with his team’s ability to respond to the devastating bombing attack at the Boston Marathon.

Dr. Alasdair Conn, the chief of emergency services at Massachusetts General Hospital, told reporters that the bomb scene and mass injuries sustained by the victims was “like a bomb explosion that we hear about in the news in Baghdad or Israel.”

The first-response teams in Boston were hailed for their efficiency.

“They cleared the scene relatively quickly and seemed to do a really good job triaging and moving the most seriously injured out,” Dr. David Tan, head of the EMS section in the division of emergency medicine at the Washington University School of Medicine in St. Louis, told local media. “They seemed to apply most of the lessons of combat medicine for this sort of event.”

Dr. Conn credited Israeli expertise with teaching the Boston doctors how to deal with mass-casualty incidents.

“About two years ago in actual fact we asked the Israelis to come across and they helped us set up our disaster team so that we could respond in this kind of manner,” he told reporters.

Three people were killed in the attacks and 176 were wounded, 17 of them in critical condition.

US President Barack Obama called the attacks “an act of terror.”

In Israel, Prime Minister Binyamin Netanyahu and President Shimon Peres both conveyed sympathy to the American people in the wake of the attacks.

“A day of happiness in Boston turned into one of tragedy and fear,” said Prime Minister Netanyahu. “We send our condolences to President Obama, the American people, and to the families of the victims. Today Israel stands shoulder to shoulder with the American people.”

“In the name of the Israeli nation and the Jewish people, I wish to express our condolences to all the families who suffered losses, and wish a speedy recovery to the injured,” Peres said. “At times like these we are all one family. We feel one with those families who have paid such a high price. Terror is a major problem today. Terrorism is not a policy by governments, but a threat that causes fear and divisiveness, and destroys innocent people.”