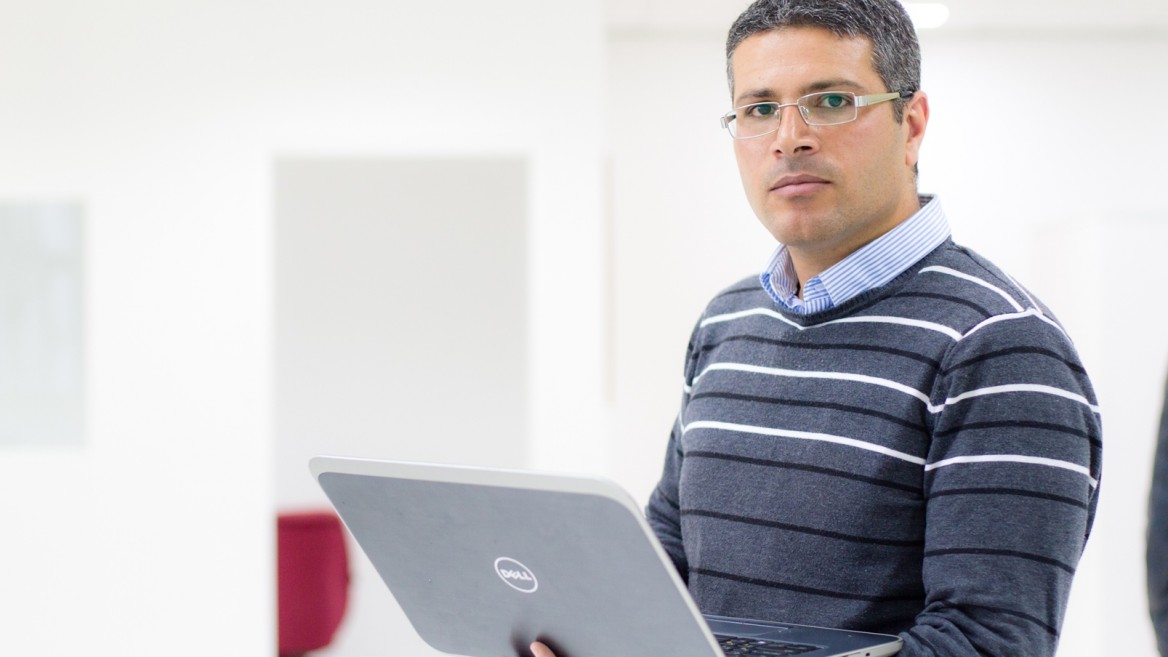 Coming from a Negev Bedouin family of 13 siblings, Ibrahim Sana wouldn’t have seemed likely to succeed in Israel’s high-tech world. After all, the semi-nomadic Bedouin Arabs of the Negev are Israel’s most disadvantaged population in terms of income, employment, education and public infrastructure.

Yet, encouraged by parents who placed a high value on education, Sana earned a bachelor’s degree at the Technion-Israel Institute of Technology and a master’s at Ben-Gurion University in information systems. After 10 years working for companies such as Deutsche Telekom and Cisco, he wanted to help fellow Bedouins follow in his footsteps.

Sadel Technology,  the first Bedouin high-tech company in Israel, was cofounded by Sana with two seasoned Israeli businessmen impressed by Sana’s skills and mission. (Pronounced “sah-deel,” the word is an Arabic cognate for “saddle” and also means “flowing river.”)

“SadelTech is a social initiative because most of our 15 employees are Bedouins, including three women,” says Sana, 36, from his office in Omer, a city close to many Bedouin villages.

“About 20 percent of the Negev population is Bedouin, half living in unrecognized villages where there is no infrastructure, and even in established towns there is little employment opportunity,” Sana tells ISRAEL21c.

One problem is the stereotypical assumption that Bedouins aren’t reliable employees, he says. Moreover, high-tech companies tend to recruit from the social/professional circle of existing employees, which doesn’t include Bedouins. Historically, they are herders. However, several initiatives of the Israeli government and Ben-Gurion University are attempting to bring more Negev Bedouins into the modern workforce.

“Around 100 Bedouin students complete higher education degrees every year but do not have much success finding a job at their level and end up pumping gas or changing their career direction,” says Sana. “Most of them are very frustrated. Sadel is here to give them hope, to put them back on the right track.”

“Most of our clients prefer to start with a pilot project,” says Sana. “After a while, they see we can do very complex jobs at very attractive rates similar to offshore companies.”

Rave Nir, cofounder of MCE Systems in Tel Aviv, met Sana two years ago when seeking outsourcers to do some projects for his telecom software company.

“I was really impressed by him as a person and I really liked Sadel’s agenda,” Nir tells ISRAEL21c. “I thought if we’re going to outsource we may as well do it with a company that has a social agenda. But it’s not a donation. We are a demanding client; we are a small company and we need to show results. We don’t go easy on them.”

“Around 100 Bedouin students complete higher education degrees every year but end up pumping gas or changing their career direction. Sadel is here to give them hope, to put them back on the right track.”

Nir says he has found that SadelTech employees “really want to succeed. It’s a pleasure to work with them.”

Most of these workers come with undergraduate degrees in areas such as computer science and software engineering, but without employment experience. Training courses are provided through a partnership with ITWorks,  an Israeli nonprofit established in 2006 to place qualified Israelis from marginalized populations into high-tech jobs.

“ITWorks gives us the ability to network and to recruit already trained people, and they also give micro courses for Negev Arabs and Bedouins,” says Sana. 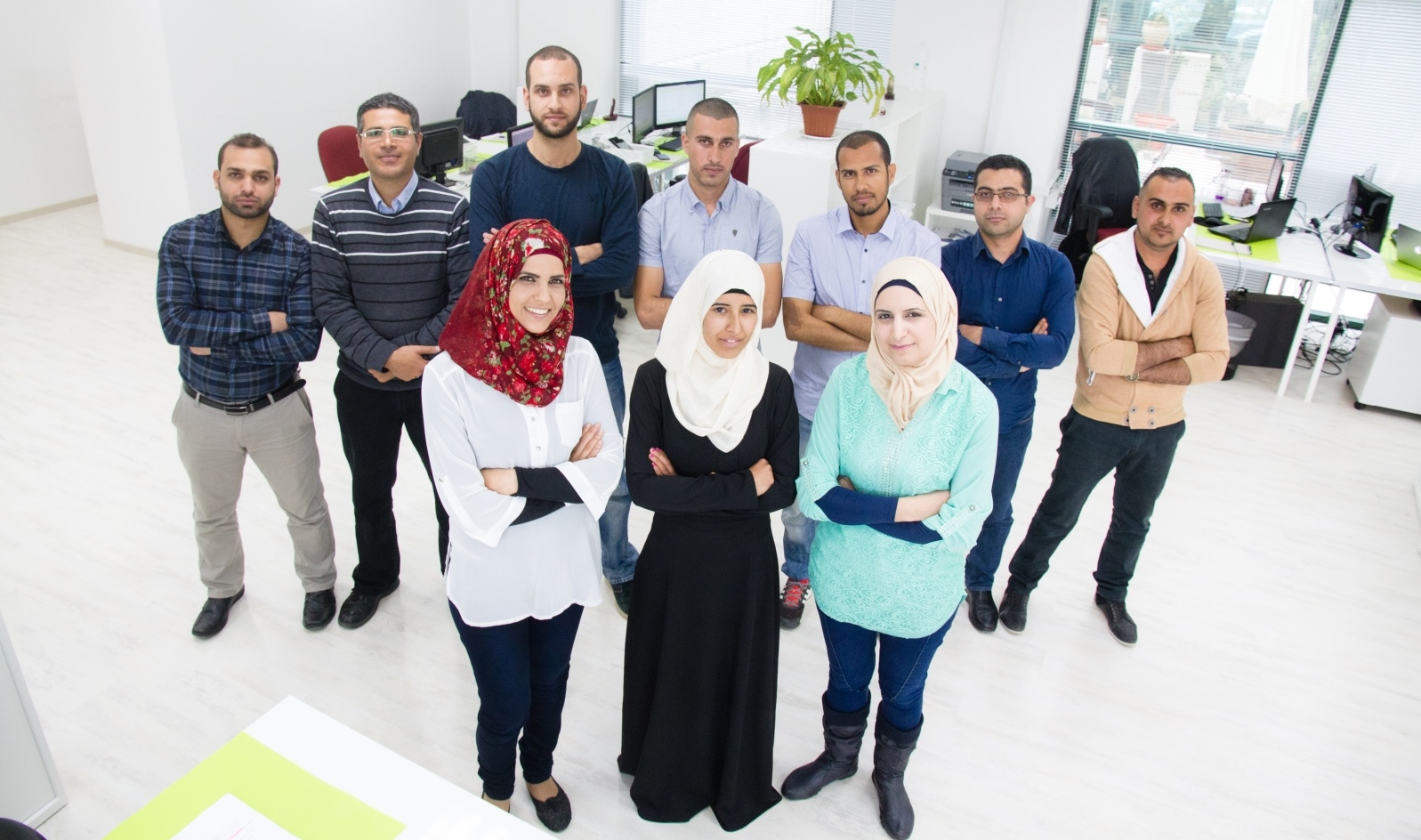 “If I want someone with good experience in WordPress, for example, they can do a special course for us. It really helps us a lot because it saves training costs. They also help us connect to potential customers and give us business development advice.”

ITWorks Executive Director Ifat Baron chose Sana to be among the presenters to job seekers and corporate representatives at an April event. ITWorks recruited several candidates for SadelTech as well.

“Today we have a very strong team,” says Sana, who recently hired the company’s first Jewish employee. “If we continue growing at this rate I think we will have about 50 workers in a few years.”

The young CEO adds that the experience people gain at Sadel can help them move on to other jobs in Israel’s high-tech sector.
Sana and his wife and two young children live in Lakiya, where he grew up. One of his sisters is a leader of the Desert Embroidery project that provides a source of income to Negev Bedouin women.

“Ibrahim impressed me as somebody who professionally is very capable,” Baharav says.

“When I was briefed about the situation for Bedouin computer-science graduates in the Negev, it seemed a good long-term solution would be to create a company in the south near their cities and townships that would be able to serve as a high-tech employer and create a social impact in terms of facilitating some sort of mobility for these graduates. I thought having someone like Ibrahim manage the company, a Bedouin himself, could be a great idea.” 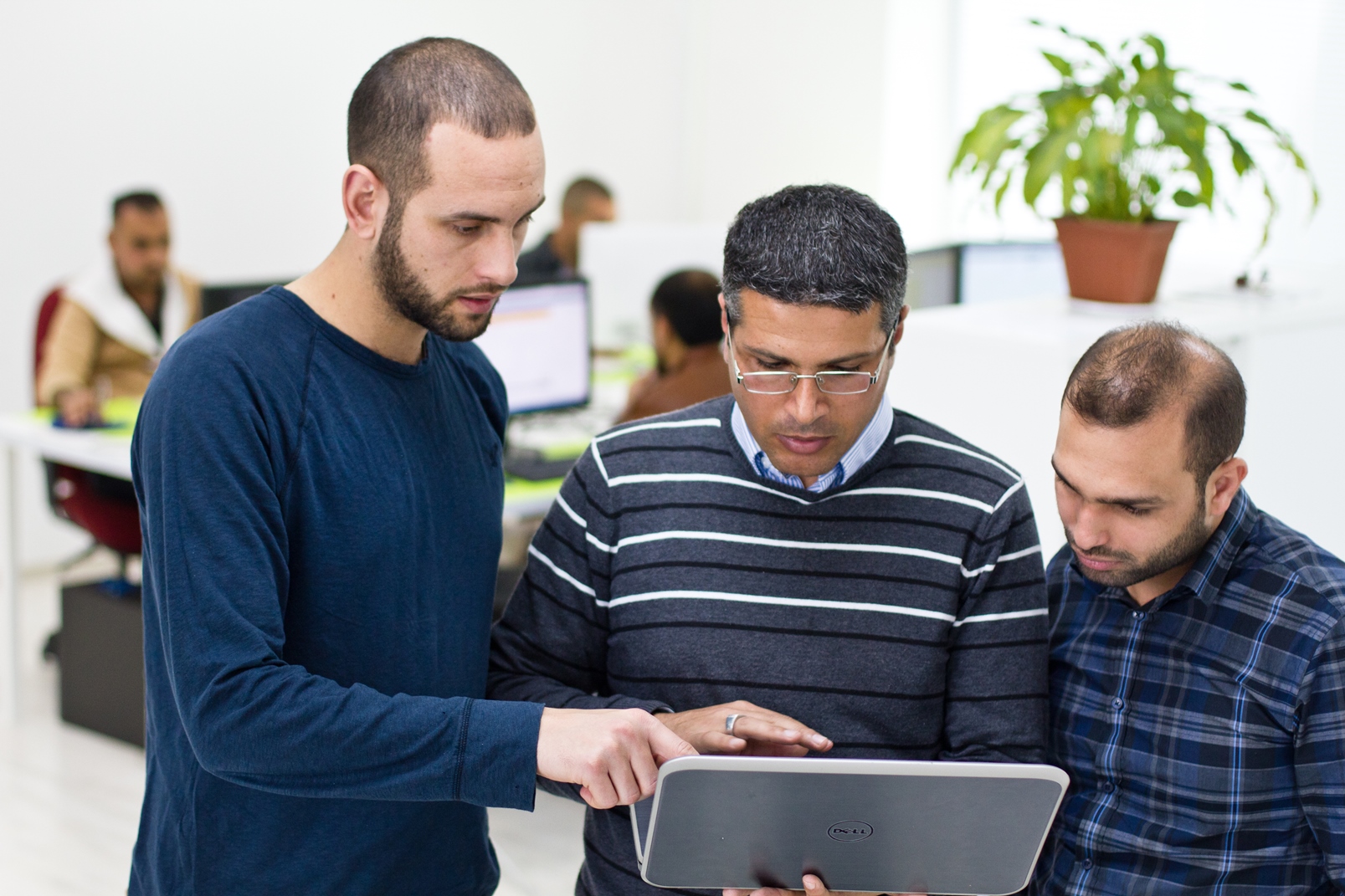 Baharav and Keshet teamed up with Sana to establish SadelTech and forge connections in the high-tech ecosystem. Baharav chairs the company while Keshet is vice president for sales.

“The idea is not to make a lot of money and have an exit but to create a bona-fide software company without losing sight of the goal to create a social change,” Baharav tells ISRAEL21c. “We need more customers so we can hire more people and expand our services.”

The company was initially bootstrapped but now gets support from the Israeli Ministry of Economy and Industry.

“Customers in the center of the country feel it’s good to work with companies like SadelTech,” says Sana. “We’re only 50 minutes from Tel Aviv and we welcome them to come and meet us.”