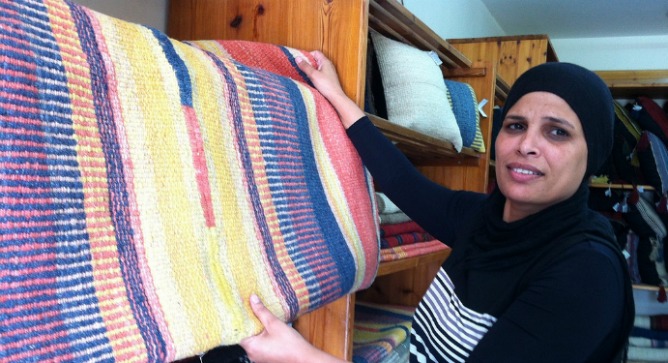 A few short decades ago, the ladies of Lakiya had a very different life. Their traditional Bedouin clans lived in encampments throughout the Israeli Negev Desert, herding animals. When their families were relocated to government-built towns, the women became aware of how their illiteracy, and their society’s rule against mingling with men who are not related to them, severely hampered their progress in the modern world.

Gradually over the past two decades, Lakiya sisters Khadra and Hanan Elsana organized Sidreh, named for a tough desert tree. Since 1991, the Sidreh center provides a safe, female-only environment where the women practice the traditional art of Bedouin weaving. While at the center, they can learn how to read and write in Arabic and Hebrew, and how to earn a high school diploma. Some of the enterprising ones have gone on to start businesses or pursue higher education.

The Elsana sisters go on speaking tours regularly. Earlier this year, Hanan was at the United Nations headquarters in New York discussing the plight of Bedouin women. Khadra recently accepted a social advocacy prize in the United States. 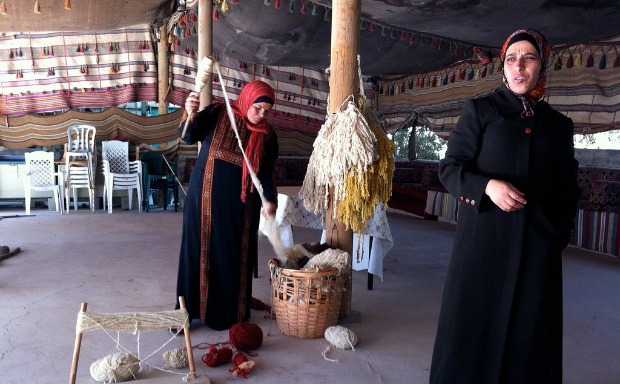 Because of the Sidreh center, many Bedouin women in the region of Lakiya now feel comfortable leaving the house. Over time, their fathers and husbands grew to accept that the women could go outside the village for work, and even drive cars. Their daughters have started going to college, thanks to the small amounts of money the mothers make from the weaving initiative, and thanks to special programs created for them at Ben-Gurion University of the Negev.

“The men are surprised to see so many women driving today,” Khadra tells ISRAEL21c. 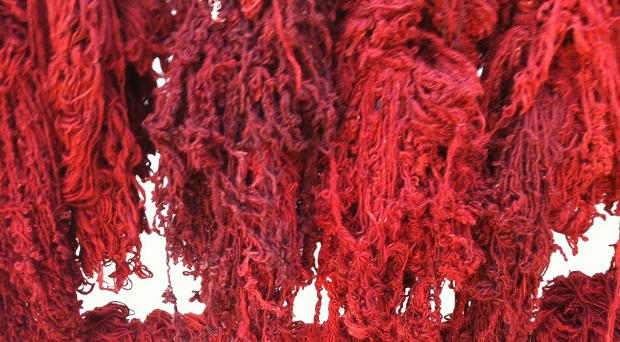 This colorful yarn will make its way into carpets for sale.

It wasn’t easy, says the mother of four and now executive director of Sidreh. In the beginning, “women here weren’t even walking on the streets,” she says. She had to fight her community to accept her leaving the home, and she had to persuade her own husband to agree. Yet in less than one generation, she points out, the women have come a long way.

In years past, the size of a Bedouin tent was determined by how many goat, camel or sheep’s wool carpets could be made for the dwelling. But without the need for tents anymore, the women of Sidreh have found a new way to weave ancient skills into the newly developing culture. 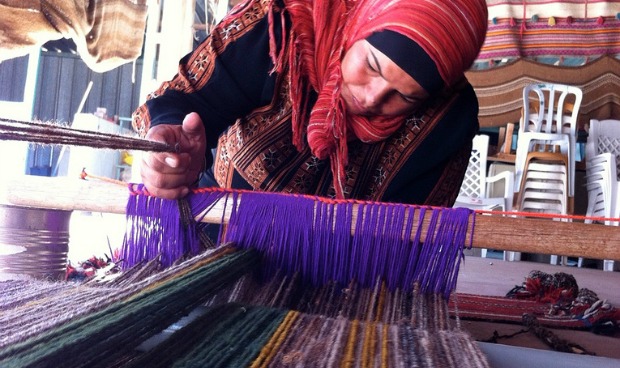 A woman weaving at Sidreh.

The handmade carpets start with the collection of the pure wool from Awasi sheep, or raw goat or camel wool discarded by shearers. The women of Sidreh gather it and bring it to the center for cleaning. At the center or at home, they wind it onto spools, dye and dry it, and then use it for weaving on traditional floor looms.

A four-meter-long strip of carpet can take about a week to weave. It’s a labor of love, with not a lot of profits, but the income from the onsite store and other fair-trade stores in cities such as Jaffa give the women enough money to buy self-confidence. 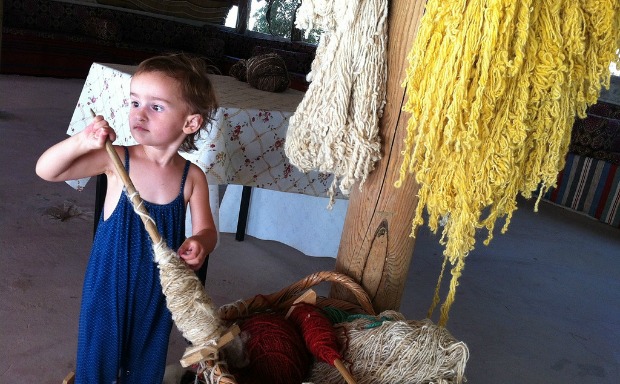 For a small fee, the women will demonstrate the entire process, with some hands-on opportunities for groups. They are open to having a dialogue with visitors, sharing details about their lives, dreams and ambitions.

“The women of Sidreh have done this to show that they can be honorable people,” says Yeela Ranaan, who runs the Bedouin Experience travel agency. A trip to the Sidreh center can be combined with other women-only Bedouin enterprises such as the embroidery center at the Association for the Improvement of Women’s Status in Lakiya, or Desert Daughter, founded by a Bedouin medicine woman’s granddaughter.

Ranaan says the situation still needs further improvement. “About half the women in this town still don’t get out. And their daughters don’t complete high school,” says Raanan.

But for the other half, the story’s been changed.

UNCOVER ISRAEL - Get the ISRAEL21c
Weekly Edition free by email
Sign Up Now!
Bring Israel's story to life.
Millions of people around the world rely on us to gain a deeper understanding of Israel. We are the trusted source for original content you won't find anywhere else.
You can make a difference. Donate today to support journalism that brings Israel’s story alive.
SUPPORT ISRAEL21c
Read more on:   Activism, Negev Desert, Laikiya, weaving, Social Action, Bedouins in Israel