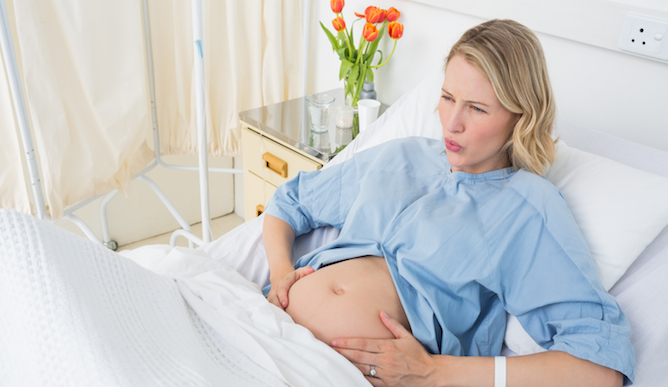 When you’re in labor, send in the clowns. Image via Shutterstock.com

The mother-to-be was a bit agitated after being told that for medical reasons she couldn’t labor in the tub as she’d planned. She only agreed to meet Ofir, described by the nurse as a top medical specialist, when she was assured this “specialist” wouldn’t artificially speed her labor.

Despite her worries and pain, a grin spread across her face as she caught sight of the trained therapeutic clown, aka Dr. Hearta. Less than half an hour later, Ofir tells ISRAEL21c, “she was relaxed and had gone from a state of ‘I don’t want this,’ ‘I don’t want that,’ to talking, asking questions and walking around.”

Clowns in the labor and delivery room is a new concept, even for Israel, where the profession of medical clowning is taken more seriously than perhaps anywhere else on earth.

The Israeli program Dream Doctors, responsible for professionalizing clown therapy as a standardized, research-backed healthcare discipline, recently launched this expansion of its services in response to a suggestion from two of its 111 member clowns.

Clowning in labor room is different

“We had a female clown who happened to be present while a woman at Poriya was in her last 20 minutes of labor, and the woman [and nursing staff] wanted her to stay for the delivery. This is how the need came up.”

Ofir and seven other female Dream Doctors from various Israeli hospitals took a six-week training course led by a senior Poriya midwife. They then devised theatrical and artistic approaches for women in labor, and are finalizing protocols for the delivery room in cooperation with the medical staff. 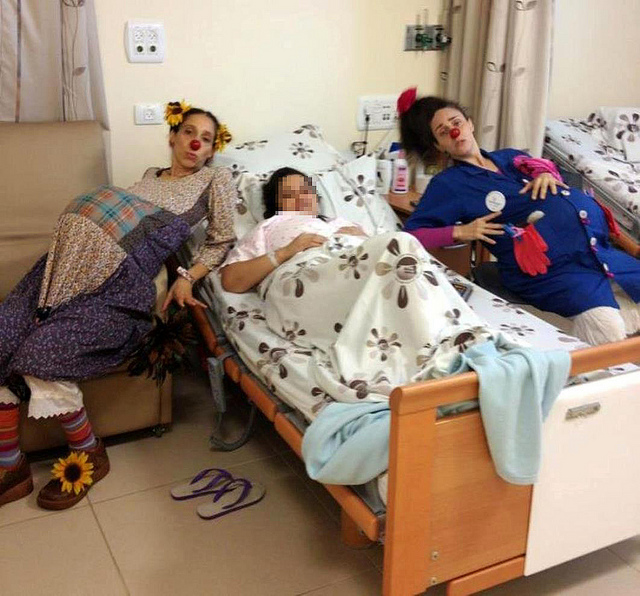 “It’s a bit different than our other work,” explains Ofir, whose alter ego Dr. Hearta has worked in the field for more than 11 years, mostly at Poriya. “You have to consider not only theatrical timing but also medical timing because labor has stages, and every stage has specific hormones that are released, like adrenalin and oxytocin. We don’t want to interrupt the process of labor but just help the mother.”

Ofir’s main prop is a measuring tape. Laboring mothers are constantly having their vital signs measured, so the clowns offset the tension that creates by measuring silly things around the room — never touching the patient, but conversing the whole time.

Another prop is a gel that makes farting sounds. Ofir uses it as an entry point to tell the patient not to get embarrassed if she passes gas while giving birth, because the nurses and midwives won’t care. Maybe they even like it, Dr. Hearta suggests absurdly, putting humor into an awkward situation.

“Clowns have the ability to talk about everything,” Ofir says. “It’s all out on the table.”

With the mother concerned about her birth plan going awry, Ofir asked the woman her favorite color, her favorite movie, what she likes for breakfast. “I didn’t ask her about her birth preferences, but she felt at ease with me and the conversation flowed, so she naturally started telling me how she wanted the birth to go and I was able to discuss her preferences with the midwife,” who had left the room when Ofir came in.

Shriqui says he is not aware of any hospital in the world that has medical clowns in labor and delivery. He hopes the service will soon become available in all 27 medical centers where Dream Doctors work. “The hospitals are very open to new ideas,” he tells ISRAEL21c.

Once the program is well-established, a clinical study will be launched to gauge its effect on women in labor.

Israeli research about professional therapeutic clowns has shown that their inclusion on the medical team has measurable benefits in pain relief, stress reduction and boosting immunity. In-vitro fertilization patients exposed to clown therapy right after implantation are more likely to become pregnant.

“We’ve been working for a while already on research about high-risk pregnant women and clowns,” says Ofir, the mother of three teenage daughters. “We visit them during their hospital stays, so they really know us. If we start accompanying them into the delivery room, it will be a natural continuation of our alliance.”

And that alliance is the key to a better experience in the hospital.

“The main thing I do with my clowning is building a connection with the patient, and through that anything is possible,” says Ofir, recalling one mother-to-be who told her midwife she’d rather have a medical clown than get an epidural.