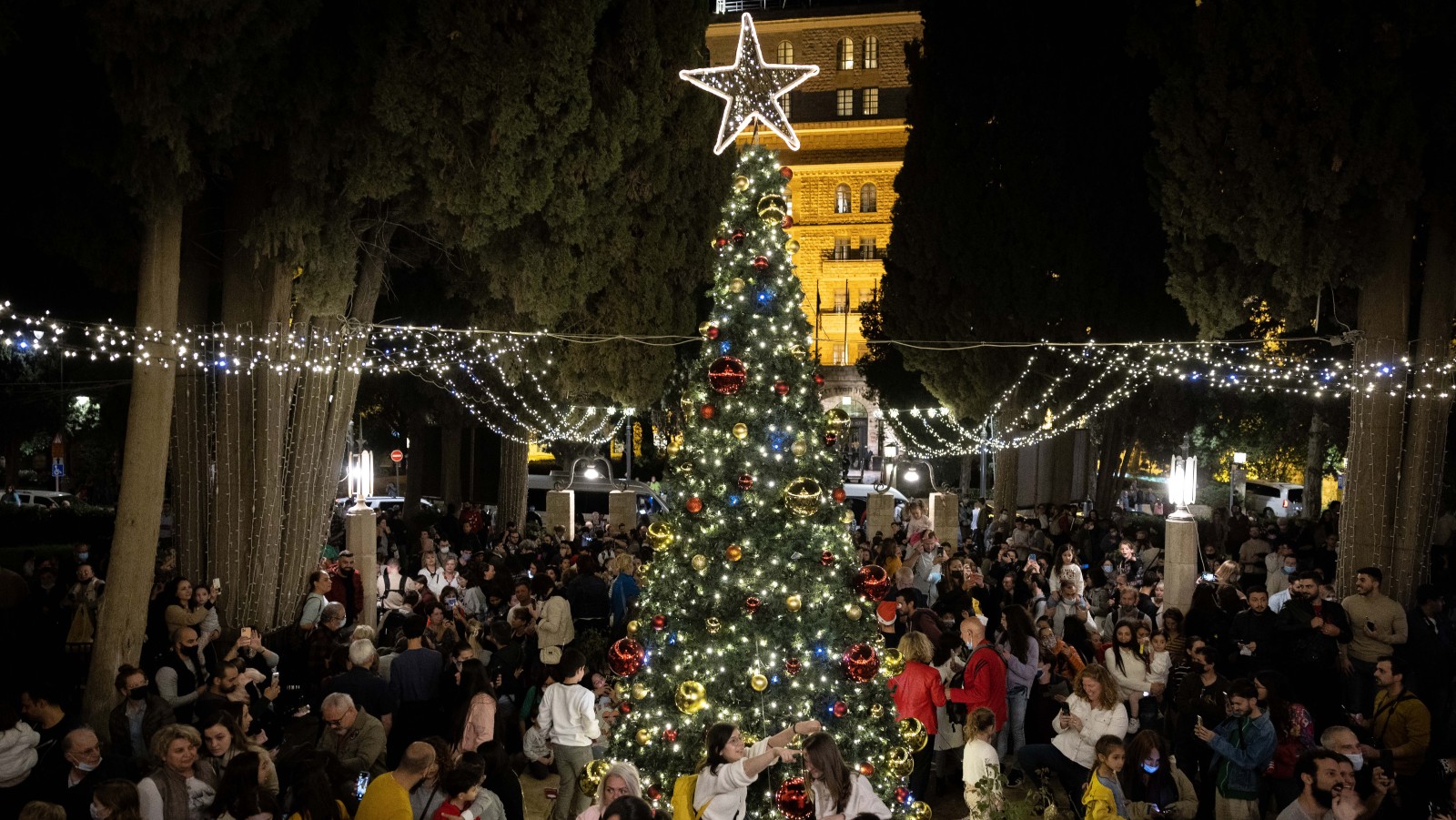 Rana Fahoum, the Muslim CEO of the multicultural Christian YMCA, says it felt awesome to welcome the public back to this beloved annual event.

“It felt awesome,” said Rana Fahoum, CEO of the Jerusalem International YMCA, the morning after at least 1,500 people watched the Christmas tree lighting on the regal building’s front lawn.

“Last year we did our Christmas celebrations online; we broadcast our tree lighting through social media. But we were here alone,” she said, as public participation was cancelled due to Covid. “It didn’t feel like our YMCA.”

What a difference a year makes.

“We were so happy to see the front lawn was literally packed,” Fahoum tells ISRAEL21c. “There were even people standing on the outside walls.”

The annual tree-lighting is accompanied by Christmas music played on YMCA’s 36-bell carillon by Prof. Gabi Scheffler; live music by the YMCA Youth Orchestra; and a visit from Santa Claus. 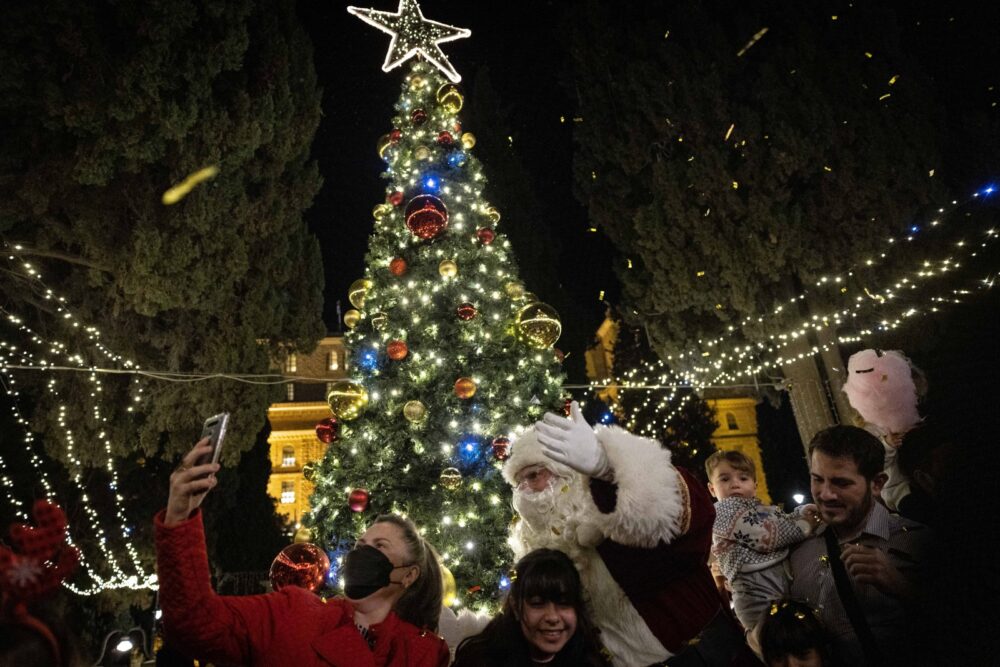 Santa made an appearance at the Christmas Tree Lighting ceremony at the Jerusalem International YMCA, November 28, 2021. Photo by Yonatan Sindel/Flash90

Fahoum notes that Jerusalemites of every faith look forward to these festivities all year.

“It’s one of the very few occasions where you can see a microcosm of residents — Jewish, Muslim and Christian,” she said. “Jerusalem comes to the tree lighting.”

The event took place on November 28, the first day of the Advent season — a festive four-week period leading up to Christmas eve.

That same evening coincided this year with the first night of Hanukkah.

Fahoum, a Muslim, made a point of wishing chag sameach to the crowd. She pointed out that YMCA always has a hanukkiyah set up for the holiday in its rear garden. 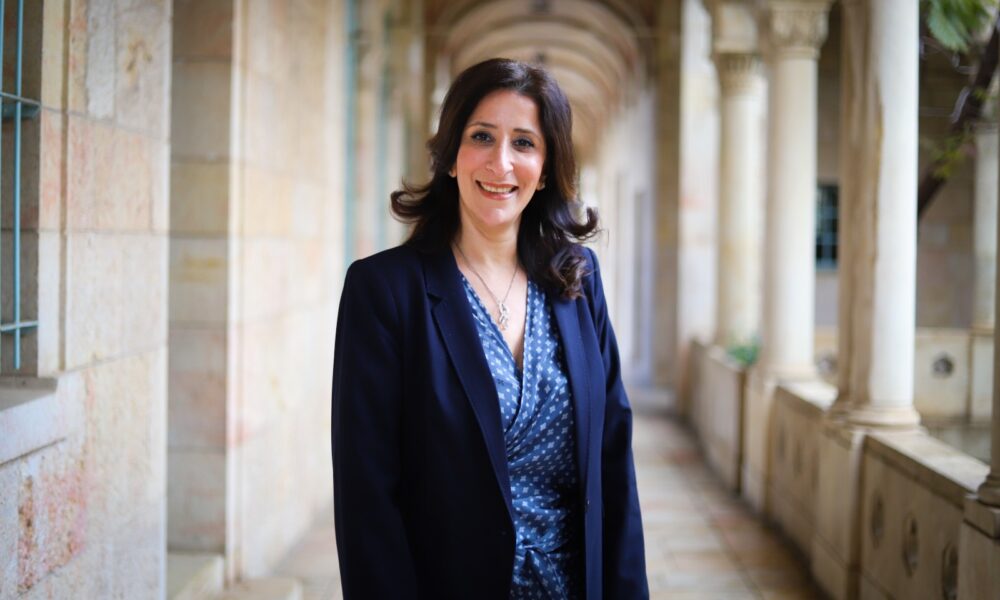 “What’s very special about the YMCA is that this is a shared space that should allow everyone to express themselves in the best way they can,” said Fahoum, who has been CEO for three years.

“It’s an Israeli NGO with Christian origins, part of the YMCA chain all over the world. The fact that we can put a Christmas tree on the [mainly Jewish] west side of Jerusalem – ours is the only building on this side that has one, though there are many on the east side – proves this is a multicultural environment everyone feels comfortable coming to. That’s very important to us,” she said.

“And come on, Christmas is so much fun!”

The tree will be displayed through mid-January. A snow machine will blanket it in white during YMCA’s annual Christmas Market, December 2-4 from 11am to 10pm (7pm on Friday). 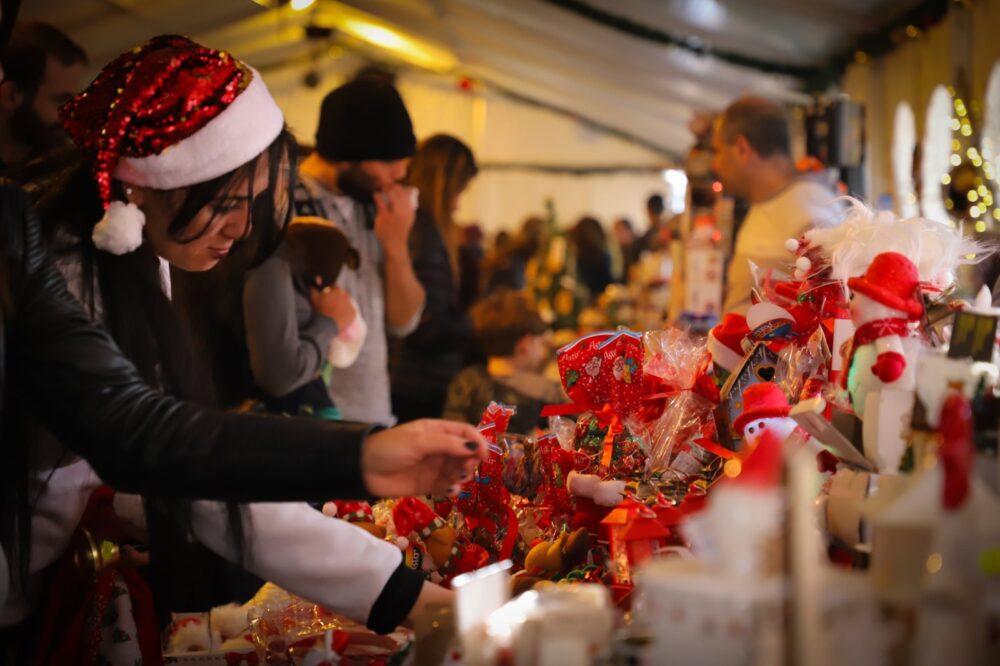 Heated tents on the lawn will house vendors selling Christmas treats such as hot chestnuts, mulled wine and cookies; and handcrafted items such as Santa hats, reindeer statues, candles and soaps. There will be free performances for children each day.

YMCA’s traditional Christmas Eve concert, including a popular singalong and several different musical groups, is set for December 24 at 7:30 in the building’s historic auditorium. That will be preceded by another free carillon performance by Scheffler from the bell tower. 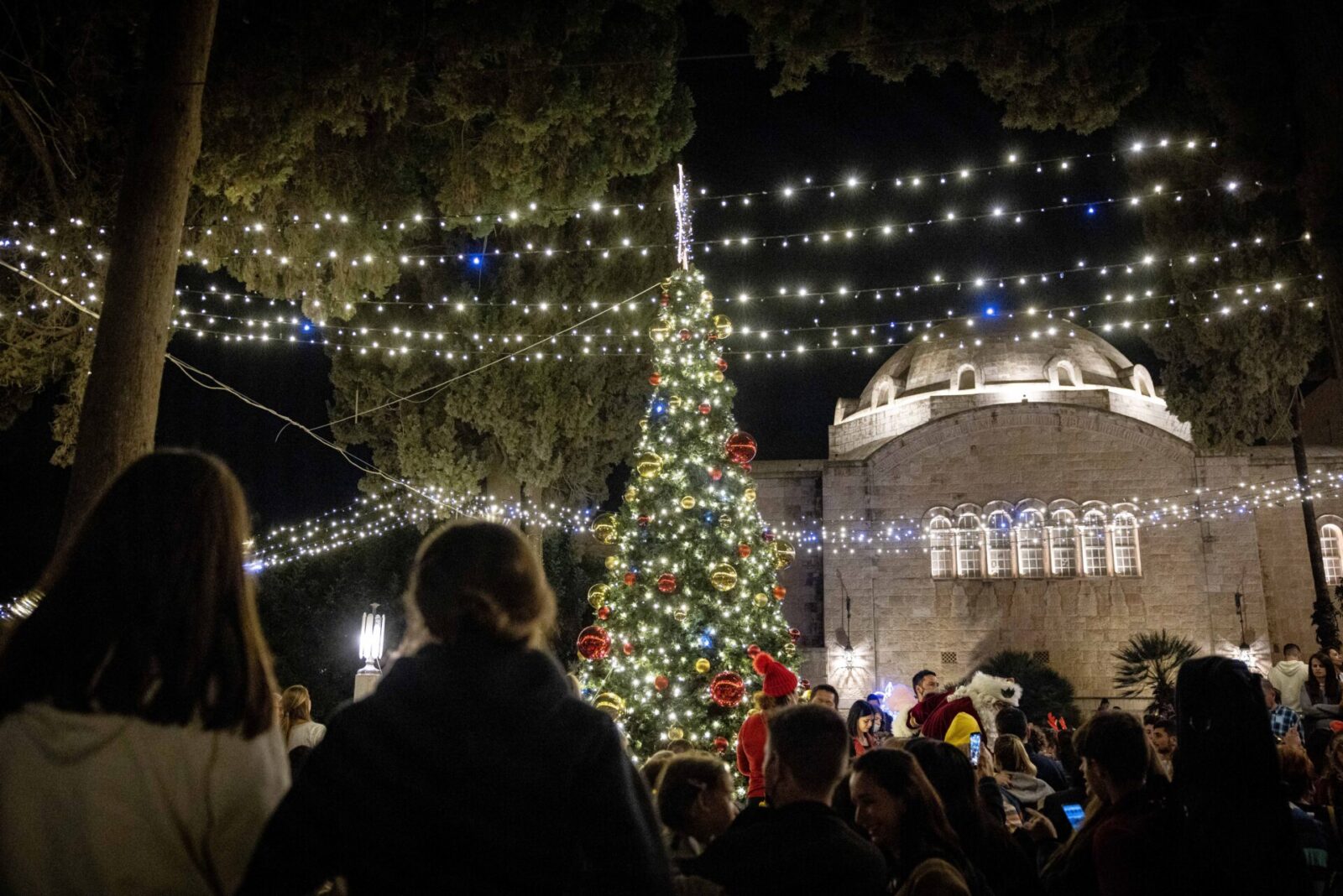 People celebrate at the during the annual Christmas Tree Lighting ceremony at the YMCA in Jerusalem on November 28, 2021. Photo by Yonatan Sindel/Flash90

Other Christmas events in Israel this year:

Nazareth’s annual tree lighting took place on December 1. The Galilee city will host its annual Christmas market every evening through December 11. A traditional Christmas procession will step off from the Temple of Mary on Christmas Eve at 2:30pm.

The Jaffa district of the Tel Aviv municipality will host a Christmas tree lighting at 7pm on December 5.