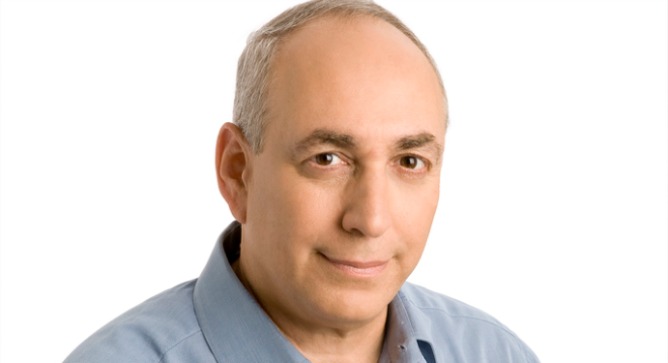 “Money is not the goal. The goal is to create something innovative,” says Peres.

“The reason that Israel has become the ‘Startup Nation’ is that the country itself is one big startup,” says Nechemia (Chemi) Peres, co-founder and managing general partner of Pitango, Israel’s largest venture capital firm, with total funds reaching more than $1.3 billion.

Peres, who began his VC career after spending a decade as a pilot in the Israel Air Force, understood early on that foreign markets were critical to a small country with no natural resources.

“In this respect, the Israeli model differs from others,” he tells ISRAEL21c. “It is one based on the need to invent itself – to survive in the physical and other kinds of climates.”

When he left the military – at age 28, married and with a son — he became a senior consultant to Israel Aerospace Industries and vice president of marketing and business development at Decision Systems Israel, a leading company in the defense industry. His military experience had involved years of observing, learning and adjusting to technological advances. So these positions were a natural fit, and provided a smooth transition into civilian life.

But Peres, the youngest son of Israeli President Shimon Peres, was itching to “venture” – both literally and figuratively – in the high-tech world. “Capitalism means making money,” he says. “But in Israel, money is not the goal. The goal is to create something innovative.”

Indeed, says Peres, “I had always known that I wanted to find a way to combine creativity and industry, while also contributing something to the country. I saw that what Israel needed was economic independence and strength. But [rephrasing Rabbi Elazar ben Azaria’s Talmudic adage], ‘If you want the Torah, you need the flour.’ In other words, what was missing was the financing.”

It was thus that Peres established the Mofet Israel Technology Fund in 1992. It wouldn’t take long, under his management, for Mofet (the Hebrew word for “exemplar”) to go public on the Tel Aviv Stock Exchange.

Four years later, in 1996, Peres cofounded Pitango with high-tech venture capitalist Rami Kalish. At the time, Kalish had been managing Polaris, among the first funds in the Israeli government’s “Yozma” initiative to encourage VC investments in the country.

The two VC trailblazers, who had separately been investing in Israeli entrepreneurship for years, joined forces in 1996 to create Pitango Fund II. Managing to raise more than $100 million, Pitango II invested in 35 high-tech companies. Some were partially funded by another Israeli VC firm, Eucalyptus Ventures. When the investments proved successful, Pitango II and Eucalyptus merged into Fund III in early 2000.

In 2010, with the support of the Israeli government, Pitango established the first fund in the country geared toward the Arab sector, called Al-Bawader (Arabic for “early signs”).

“The process of Israel’s becoming a ‘Startup Nation’ was slow and steady,” Peres says. “Other countries began to notice that Israel’s main resource is its talent, with hard-working innovators all over the place. More and more foreign companies began to set up their research and development facilities here.”

With so many “hard-working innovators” cropping up, how does Peres know which ones are a good investment?

“I have to see that entrepreneurs who come to me know what they’re talking about, and weigh their ability to achieve their goals,” he says. “I also have to know what the market is for their innovations, and who could constitute their competition – the risk involved, the effort required, in terms of money, time, tools, manpower, etc.”

He also points out that while innovators used to be thought of as “drop-outs” – like Facebook founder Mark Zuckerberg – “now they are considered young people building a career on a track that didn’t used to exist.” This, he says, has led to an even greater explosion of innovators seeking investors.

Another contributing factor, according to Peres, is the lack of fear of risk. “Israel is a country of new immigrants,” he says. “And new immigrants, by definition, take greater risks. There is also the fact that everyone here serves in the army, which certainly involves risk-taking.”

But he sees a more spiritual side to it, as well. “There is definitely a ‘Light unto the Nations’ aspect,” he says, “of setting an example for the world; of daring; of realizing a dream.”

Regarding his own successes at recognizing opportunities and seizing them, Peres uses an analogy: “In life, there are many ‘train stations.’ The world is filled with tracks, and we try to map out which ones will get us to our desired destinations. Sometimes we are on the right tracks; sometimes not.”

Still, he says, “There are many ways to progress. Some people learn better from their failures.

His advice to young entrepreneurs?

“Startups are not for pessimists, but they’re not for optimists living in a dream world either,” he says. “You have to be positive and a realist.”

UNCOVER ISRAEL - Get the ISRAEL21c
Weekly Edition free by email
Sign Up Now!
Bring Israel's story to life.
Millions of people around the world rely on us to gain a deeper understanding of Israel. We are the trusted source for original content you won't find anywhere else.
You can make a difference. Donate today to support journalism that brings Israel’s story alive.
SUPPORT ISRAEL21c
Read more on:   People, venture capital, Chemi Peres, Pitango VC, Technology